Okay, so I’m a console player. I haven’t had a gaming laptop in many, many years… My wonderful loving wife had heard me lament about the differences in the gameplay between PC and consoles and has decided to try to rectify this. We don’t have loads to spend and I’m not as tech savvy as i used to be. She found this alienware laptop on slick deals for about a $1,000. My questions to the forum.

I know these are subjective, but any help is appreciated. 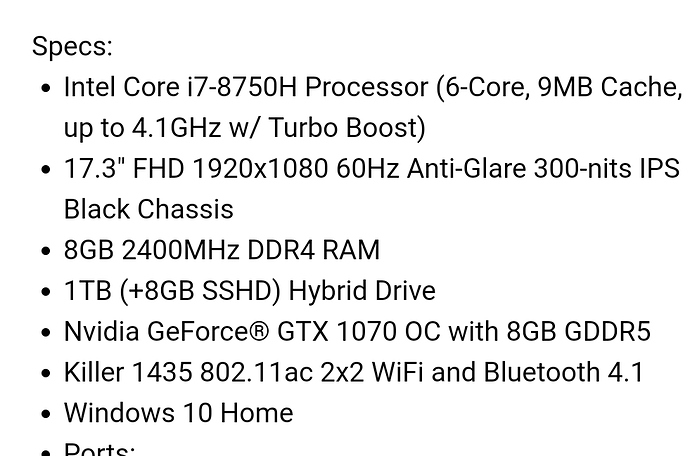 Does it have to be a laptop, or is a desktop computer possible? (Such as connecting the desktop to your TV that you use for console gaming).

It will be very very good playable with your settings.
Maybe the hybrid drive could be a weak point.
I also have a hybrid drive and that’s the only thing I have a few problems with, but with all processes on my pc. In games I have sometimes a freeze about a few seconds. Playing on ssd would be probably better.
And the main reason to play on pc is: you will be able to play with mods. And believe me: there are some awesome mods for CE and more and more is coming.

Well there’s really no room in the living room for a desktop unless its a slim box and can fit in the entertain cabinet. I’m not against using a desktop, but she doesn’t want to “lose” me to another room. Right now she’ll watch tv on the big screen and I’ll play on a smaller one on the coffee table as we snuggle on the couch.

Looks good to me. I also have a 1070 and I play ultra settings. IMO it should work fine, but Multigun should have a better answer…

If this config is a SKU that came through Best Buy recently, I am really familiar with the chassis. I fully recommend an SSD for OS and gaming drive in this config. You may have a second hard drive “slot” and you’ll definitely have a spot for an SSD/M.2 drive. Procure a very affordable legit Win 10 Pro key, clone Windows to the SSD and use your hybrid drive for backups and file offloads. As long as it’s new and not a refurb this looks like a nice deal that will definitely play well.

The RAM and the HDD are weak points. 8 gigs of RAM is “okay”, but 16 would be better if it’s possible.

The HDD is definitely the weakest point. Open World games like Conan Exiles are best used on an SSD.

It looks something to consider as a purchase though, as the rest of the hardware looks great.

You could also check NewEgg for deals. If I were to purchase a laptop today for gaming, I would look at MSI, or Lenovo. So you can check out their websites as well.

The basic build looks fine. The “H” signifier after the CPU indicates that it has a higher core-count than the standard “U” CPUs, so that’s great. Also a GF1070 is what I play with at 2560x1440 ultra detail, and it runs just fine. Mind you, you’ll want to upgrade the RAM and hard drive at some point. Fortunately, those are both very easy upgrades.

Note, that many Dell laptops (Dell owns Alienware) have had issues with not accepting all brands of DDR4, so if/when you upgrade the RAM, be certain to check compatibility first. The brand I’ve had the best luck with on the high-end Dell laptops I’ve deployed at my company has been Corsair, whereas with HyperX they won’t even boot.

Here are the RAM and SSD options that I’d recommend if you do go with that laptop: 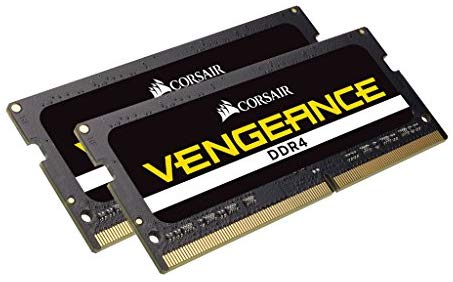 
https://www.amazon.com/Samsung-970-EVO-1TB-MZ-V7E1T0BW (they also have a Pro line that’s faster and more expensive, but but the Evo series has always worked well for me)

Also, a 17" laptop will be heavy and huge as they are intended as “desktop replacement” style laptops. If you will chiefly be doing all of your PC gaming from a fixed location, a desktop-based system will give more bang for the buck. Mind you, you’d then also need to buy an external monitor, so that could eat into the cost-savings of buying a desktop unless you just hook it up to the TV in the interrim.

This is my rig… 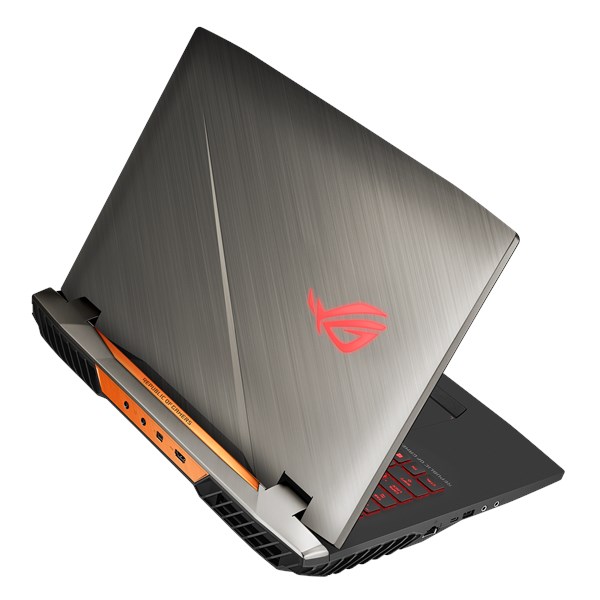 The ASUS ROG G703 - A beast of a gaming laptop with the power to take on today’s gaming desktops. Play AAA games on Ultra graphics settings, no compromise.

Yes, it does have two power supplies. When everyone was complaining about the game stuttering, I was going “huh??? It does not do that on mine…”

I think you are better off in another room away from her to be honest.

only thing i see is more rams. 16 is the least of no worried about gaming and multi-tasking especially if you using win 10 >< On that note more rams are alway better for quick upgrades provide that your Motherboard and cpu can handle it.

“There is no overkill. There is only “Open fire” and “Reload”.”