Can anyone tell me what exactly is FOMO on bazaar / season thing etc?

I think 3.0 launched too early, it should still be testlive 1-2 months to polish patch / fix bugs.

Half a year ago, I have added funds to my Steam wallet to be the first to buy another

new DLC. Of course, the DLCs was abandoned in favor of the Battle Pass, which was supposed to cost the same. However, it doesn’t

. While I have more than I should for one DLC, I cannot buy Crom Coins for the Batrtle Pass. Please correct it, my funds are waiting to be spent!

Besides, there are a few things:

Yeah…that seems odd. I believe FC thought the Crom point conversions from real money was going to be managed fully by the MS Store, Xbox, or PS store so that you would get Crom Coin/Euros in Europe. I assumed that was a thing that MS and Sony does on their end as well.

Please read the following regarding Crom Coins on the Microsoft Store:

Hey just a heads up @Community, the maelstrom monsters on siptah that spawn during the storm are staying in world after the storm ends. Happened once after I first loaded into the server earlier and just happened again. Official. Maybe a bug?

Thank you for reaching out. Can you share the server number where you noticed it? 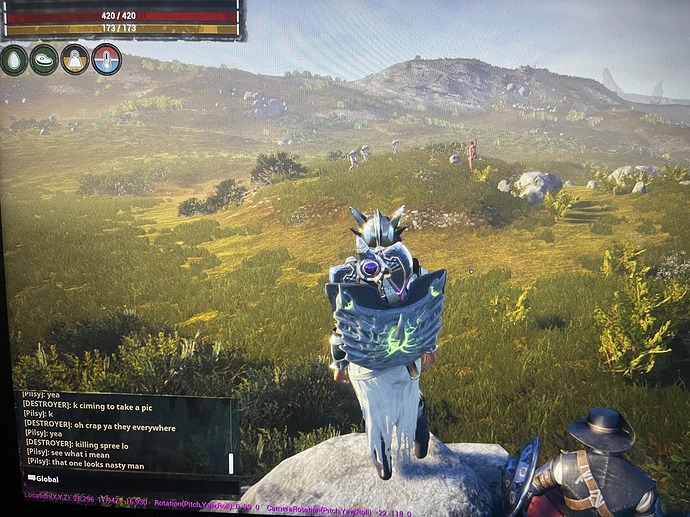 We got word from our team, after verifying the files you should check if you have any mods active.

If the issue still persists please submit a bug report with more details so we can investigate further.

We hope this helps!

Seems to be working now after a restart. Thanks!

How i can test this game until 8th ?

Any word yet on when the update will be available on MS Store / PC Game Pass? Like a couple of others here, the game isn’t updating on my PC, even after an explicit “check for updates”.

I look at the prices first directly enter the game. But those prices are very ridiculus and expensive. Espicially on my country. You better rethink your price tags. Thanks. And looks like I’m not the only one thinking that way.

Also I think those pricings against the EU law. I’m not sure, but some other developer get legally damaged because of it because of their survival game.

Hi, I can’t join the official server #1028 PVE . The game runs with the xbox app. It is classified as an invalid server… Is it down ?

already happening what i was thinking will be… with building update…

What do You mean by that?

The awesome thing is that i have all the DLC and still 0 crom coins after spend over 150€ on the game. You may consider to give crom coins per DLC bought also to be fair.

Did funcom open up some new server? #6969 shows with 0 days of existance in the server list and there is no data about the server on third party sites.

That’s not the only important thing. On a DLC you have lot of content, full building set, weapon skins, armor skins with better bonuses, etc. This battlepass cost more than a DLC and gives you most not interesting items. I checked the full battlepass rewards and I only saw like 2 or 3 interesting the rest are useless and lot worse than the DLC ones.

Now all those bonuses disappeared from gearing so all armors are just now for the appearance.

This changes to make the battlepass will lead to game leaving of 90% of the population. This changes would be successful if the game was free to play but is buy to play and we already paid 150€ in content that now is changed and we can’t refund.

In my opinion this update made the game lot worse and harder to play.