Gportal sale for new servers till end of November 50% off. Just got a add doesn’t work for exiting accounts unfortunately other wise I would go for a full year extension. Hope this helps someone.

Sweet, I may need to nab one again… 50% is about were I think they should be priced. =p

If you get a G-portal server you need to do two things:

So here’s some information that’s a bit more detailed. First of all, my personal experience with G-portal has been fine. Me as a customer personally I had no issues. But the issues I’ve seen were while I was helping admin a server running on G-portal (I was selected for my prior knowledge of it).

So first of all, if you want to see how G-portal handles in an unmodded situation. Check out the officials. On primetime, login to one of the more populated one then type ToggleDebugHUD into the console. This will show you the Server FPS (this is the tickrate). Below 20 you start seeing performance issues. Below 5 and it becomes nearly unplayable. Max for a G-portal server and officials is 30.

You’ll probably notice on 0/40 servers the FPS will be 30, as normal. Get onto a 20+ server and you quickly see it tank.

Next issue is mods. G-portal likes to save on bandwidth by pre-downloading mods from the workshop. This way not every customer is downloading the same Pippi or Thrall Wars update. Instead they periodically check the workshop for mod updates and download them one time. When you add a mod, or restart your server, it checks to see if there is an update and adds it to your server across the network.

While this is more efficient for them in bandwidth costs. Its not great for the end user. They only check for updates every 20 minutes. So you could see extended downtime when some mods update. As you have to wait for G-portal to get the update. In addition, if their download is corrupted, everyone’s download is corrupted and you have to put in a ticket for them to fix this.

On other server hosts you simply download the update yourself. And if you have a bad download, you can simply try again. You don’t have to wait for their end to update.

The other issue that we had is with mods we had our server on G-Portal for about 2 months before the server performance suddenly went to crap. The FPS was high (25-30), but there was rubber banding, NPCs were frozen, and players couldn’t see the server on the browser, instead having to direct connect. And even on direct connect it was taking 10-15 minutes to actually connect.

Usually this indicates a wipe situation. But being as we were only up for 2 months and only had about two dozen players at the time. I decided to do some trouble shooting. I ran the database in SP and had no issues with it coming up. I then rented a server on ServerBlend and it ran fine there.

Ran so well on there (60 sustained server FPS), that we are still there. The database ran for another 6 months before Siptah came out, and we only switched because we wanted to try Siptah. The database was still fine after 8 months. So we determined the fault to be with G-portal. Especially after reinstalling the mods and all the other crazy troubleshooting steps we took (prior to me throwing it on SP).

G-portal has a pretty decent UI, and that is the biggest appeal for many. It also has the endorsement of Funcom since they have a deal with G-portal to run their official servers.

But… ask any official player how well their servers run. And you see many threads pop up about official #xxxx is down or lagging, and what not. So while the current prices look really good during the sale. You are pretty much getting what you are paying for.

I would not recommend G-portal for Conan Exiles. Not until you start seeing official players giving praises about their servers.

Ran mostly PVE/D&D server for 5 of us, (Ps4) really… only during prime time did it feel like “off”

But I also had rules against mass bridges and building doting map. So everyone had “realstic” style homes and bases about map.
Decay was off, Which likely helped a ton. 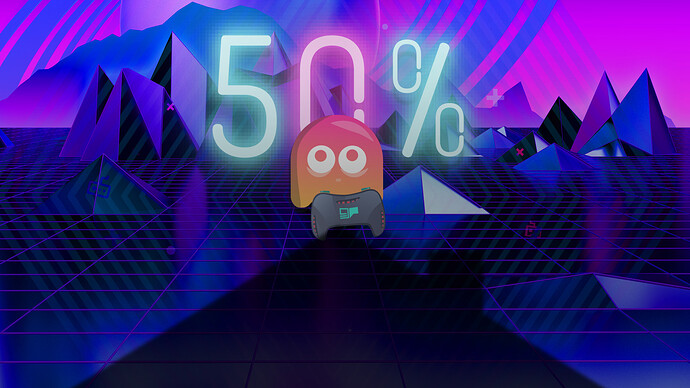 November is coming to an end and we are going to add another discount! From now on you can save 50% on your game server until the end of November.

Incase anyone needs a Link to the 50% off, (cause it wont appear in rent a server menu)

Keep it unmodded. G-portal does not handle mods well.

Ugh, half of these seem to now double down on old options… no clue if they even do anything now.

PlayerWaterMultiplier has 2 setting for overall and active/idle… were in game menu is just active or idle.
Not sure if I should lave base at 1.0 and edit only active and idles… Wow this is all changed greatly since I last used it. XD

As someone who helps in a few mod discords, I second the opinion of @Taemien. 90% of the people who come with mod update issues are G-Portal users. Latest was their mod loader not working properly causing servers to go in an infinite loop. They were telling people to remove their mods when a simple manual edit in the mod list would solve the issue. Not to mention that their support is non-existant.

PC have much better options on the market. It is a good deal for consoles though.

I’d be interested in which mods you are using. Because I’d be willing to bet that some of the mod authors of the very mods you’re subbed to would say not to use G-portal and that they get dozens of complaints everytime they update their mod from G-portal users.

It is a good deal for consoles though.

This is true. But then again, they have no other options. That is nearly akin to the ‘Don’ making an offer you cannot refuse.

The only reason I’m with Gportal is–let’s be honest–they’re cheap. Everywhere else I’ve looked for Conan Exiles servers are significantly more expensive. If someone has a superior vendor for Gportal prices, let me know!

I found Serverblend to be a bit cheaper. But that’s without sales (I don’t know if they have one).

The issue with Serverblend is its 20 man minimum. Which for us is a bit over $18/month.

I have had mine over 2 years with 20 slots. It has gone down twice do to power issues at server banking causing overheating problems.A few other times for short periods possibly do to updates. Most people I have seen on at a time about 15 people no issues there. Running Conan-Exiles PS4.

Ps. Went down yesterday for a hour. Had to hit the repair button on gportal site. Have no idea why.