Purge spawning inside land based bases

My base on land gets more often than not purges spawning inside.
You really need to look at the algorithm for the purge targeting.
Should not be that hard to traverse connected blocks to:

While traversing the blocks you should quite easily get some good candidates for a purge target location which is much better than the foundation lottery going on today.

Hello @Kruttmusa, thank you for your submission!

Although we’re already aware of this situation, we could use additional data if you’re willing to share, such as exact base location, the type(s) of purge that had this behaviour and how often it occurred.

This is in the lowest purge area. I’ve had lizards, hyenas and snakes. Some waves start outside, others in where the map room is. Which I have now sealed off with a trebuchet on top. 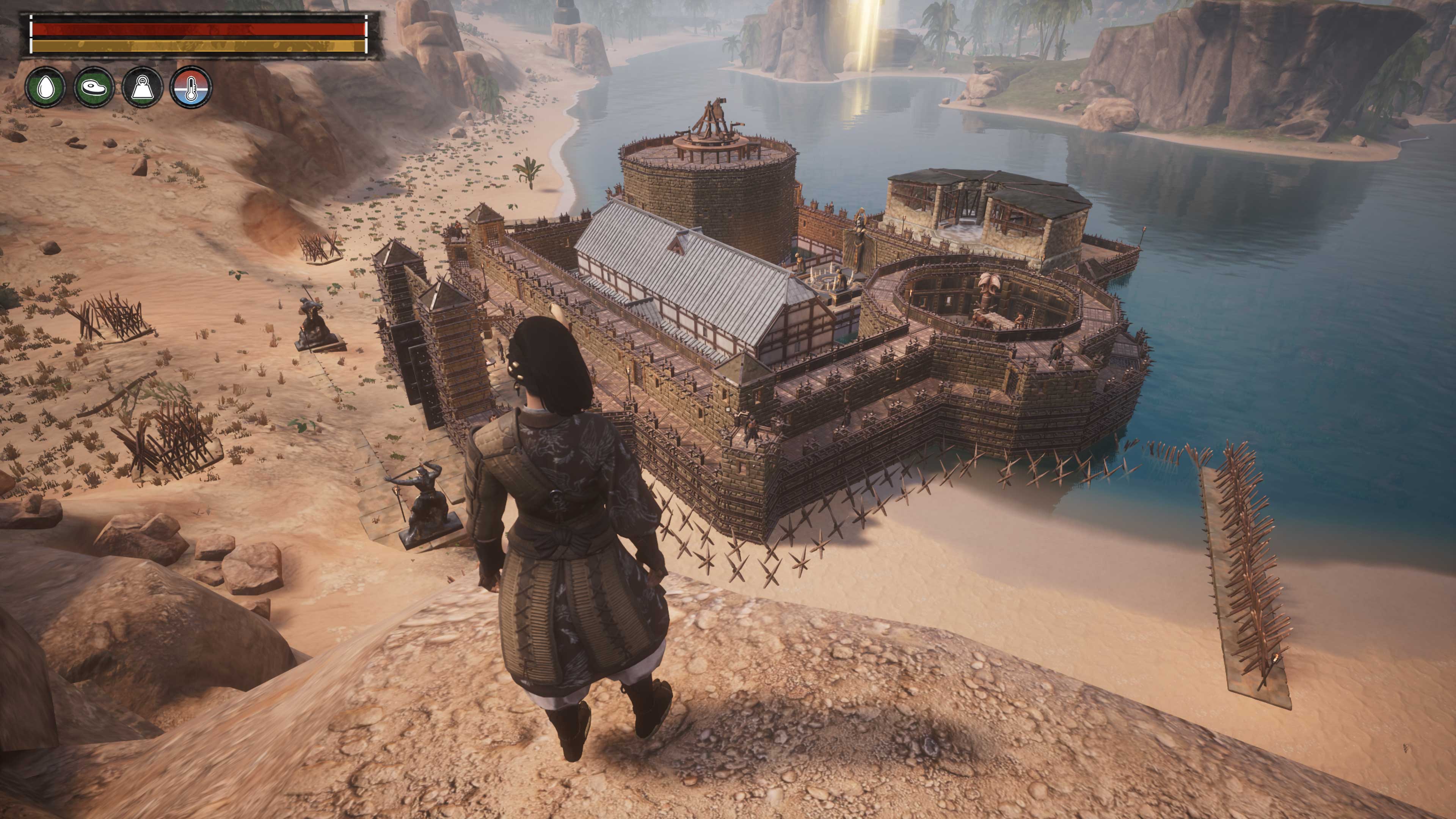 I have since the above screenshot added more foundations outside of the base and changed the max purge level to 4, and lo’ and behold, thrall spawns!
My first thrall spawn actually.
But guess what, all I got was some skeletons on the roof.

I haven’t played this game in a while, and started again because I read something about purge updates.
This feels like the good ol’ buggy purge it has ever been though, and I encourage you to look into it as this takes away a lot of incentive to play Conan Exiles.

And to give you some numbers:

One solution would be to give us a building piece.
It can inherit the mechanics of religious buildings so you can only place one within a large area.
It should also inherit from a pillar, so it has to snap to foundation, or other similar pieces.

Once placed, this will be the target for the purge. A beacon if you will.
So when a purge is triggered, this object will be prioritized.
If it doesn’t exist, the algorithm searches for a gate and checks if it is connected to blocks that are connected to land.
If no gate, traverse blocks to find which are on land.

I’m a developer, and this is a fairly trivial algorithm.

After some additional changes to my base, I have now consistently had successful purges.
Not a single wave has spawned inside my base.
Contrary to tips regarding purge spawns inside base, I removed my slabs of foundations along the base perimeter.
The “piers” on the first screenshot were changed so they connect to the base and have been reinforced with walls (fence foundations), ceilings and crenelated fences.
Will update with a screenshot.

Thank you so much for providing such detailed information!

Ok so this is still wonky.
Just for the heck of it, I started removing outer perimeter stuff and started purge via admin to do further testing.
Removing stuff cause spawns inside base again.

And here’s the mind boggling part…
I recreated the outer perimeter like it was when purges was successful, and now all I get it is skeletons inside base.

So in conclusion, purges are consistently inconsistent, and I give up…

Voila!
10+ purges without any spawns inside base.

I then added a door between this pathway.
5+ purges with spawns inside my base. On the same location.

This behavior ruins the entire premise of the game!
With so much focus on building, you literally have to open your base for the purge to work.

I hope this post is reviewed with this final post, as I have spent hours building, starting purges, tearing buildings down, and then start it all again.
Granted I have used admin, but I’ve actually put some effort down testing rather than enjoying my spare time with some gaming.

Cause what I have been doing the past hours can’t be called gaming.
It’s basically QA, which I urge you to do more of.