Purge spawning on the roof

I thought purge spawning inside the bases was fixed. It’s frustrating to build a base that should be safe from NPC enemies but still they spawn on top of the building and destroy half of the base since our thralls can’t get to them. Thanks.

What? Why would it be “fixed”, I thought it was a feature. It’s in the documentation after all. ~=shrug=~

Make a pitched roof, do not make flat areas, and then enemies will not spawn on it

I have a flat area on the top of my house. We have had 3 purges now and all are outside our main gate.

Can u show us ur base plz? I would like to see the location, and the way its built…

It’s right by the Corner of Bones in the Exiled Lands. I think it’s 4x8 foundations with a tower attached to it. I started to put up a peak but stopped after putting on the first roof pieces. After that I used ceiling tiles to finish the roof and put fencing around the top. I also built stairs going up to the next rock plateau. 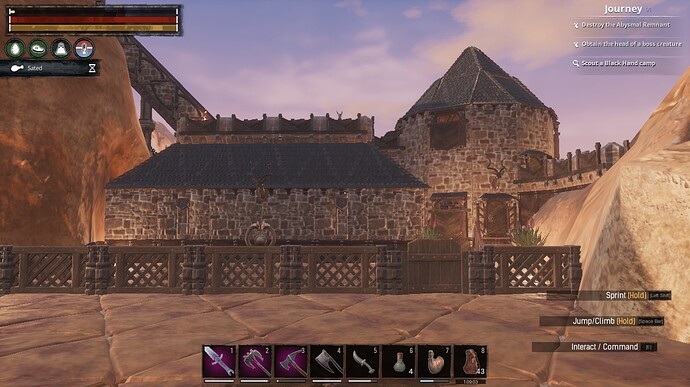 I thought purge spawning inside the bases was fixed.

It was not “fixed” because it is not a bug.

What they did is reduce the chance of it happening in situations where it is not supposed to by having the purge attempt to target edges of your base rather than any random foundation.

Though to be fair in the picture I see a fair amount of flat area the purge could have spawned.

Oh, lots of space inside the main base for them to. What I know about purges is they should not attack from inside the base unless there is no path to the base. So, if you made a base in a tree, well, they are gonna spawn in the base. If there is a way for them to get to the front door of the base than that is where they will path to.

Ya about a year ago on Exiles I had 2 dragons spawn on top of my base in the volcano. About 6 months ago had 8 purge fighters spawn inside my tower base on Isle of Siptah they dropped half my base.Just wait till they spawn inside. Good luck

We have had spawns inside the base before. They did a bit of damage but nothing we didn’t have the mats to rebuild.

Tree houses are the worst for inhouse purges. I did figure out to separate the buildings between trees and let the purge just consume one of those building leaving the rest intact

So THAT explains why my supposed purge-proof base built solely with pillars, was not actually purge-proof…at all.

Well, in any case, if somewhere and at one time there was a landing on a sloping roof, it means that in principle it is possible. In this case, we must talk about whether such a roof reduces the likelihood of landing and what else can affect this.

@Tephra and others might know something but I’m not a source here without playing with it a lot more.

I started using a sloping roof when I saw that the purge prefers to spawn on flat areas. Then they can climb up, this is so, but initially appear on flat surfaces. I have never seen enemies spawn on the steep slopes of hills and mountains. But perhaps my observations are insufficient.

I dunno what it means at this point but five of the six purges I just finished a few minutes ago had humans spawning on hillsides. They were just gradual enough that my character could maneuver up some parts of them without climbing (edit: Steeper than roof tiles I think). But they spawned in shotgun patterns about 5x5 blocks in size. It was where the little castle icon is here: 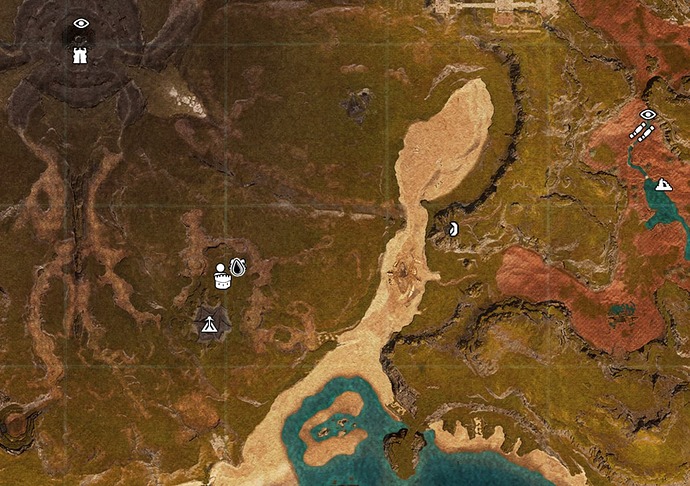 So if you know Siptah, you know the bluffs and hills I’m referring to. They didn’t spawn at all where my home base was located (see bed & bedroll icons). Rather just some open structure I built for trapping thralls.

The question is just the degree of steepness of the slopes: more or less than 45 degrees. The roof slopes, as far as I understand, are exactly 45 degrees.