Quite a "few" ideas for the game

Some of these ideas have most likely already been proposed by different people, some may be heard for the first time, but I think that all of them are at least worth attention. 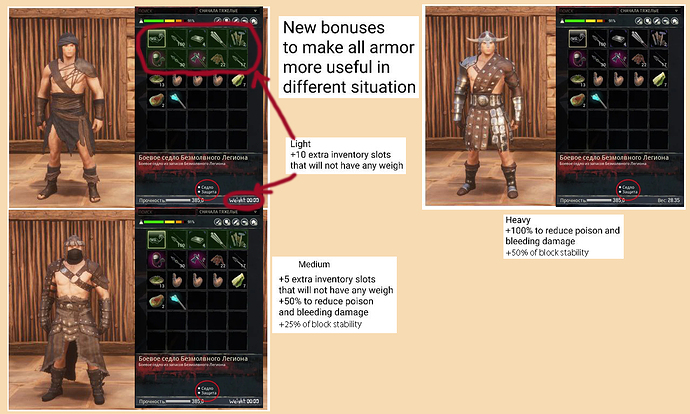 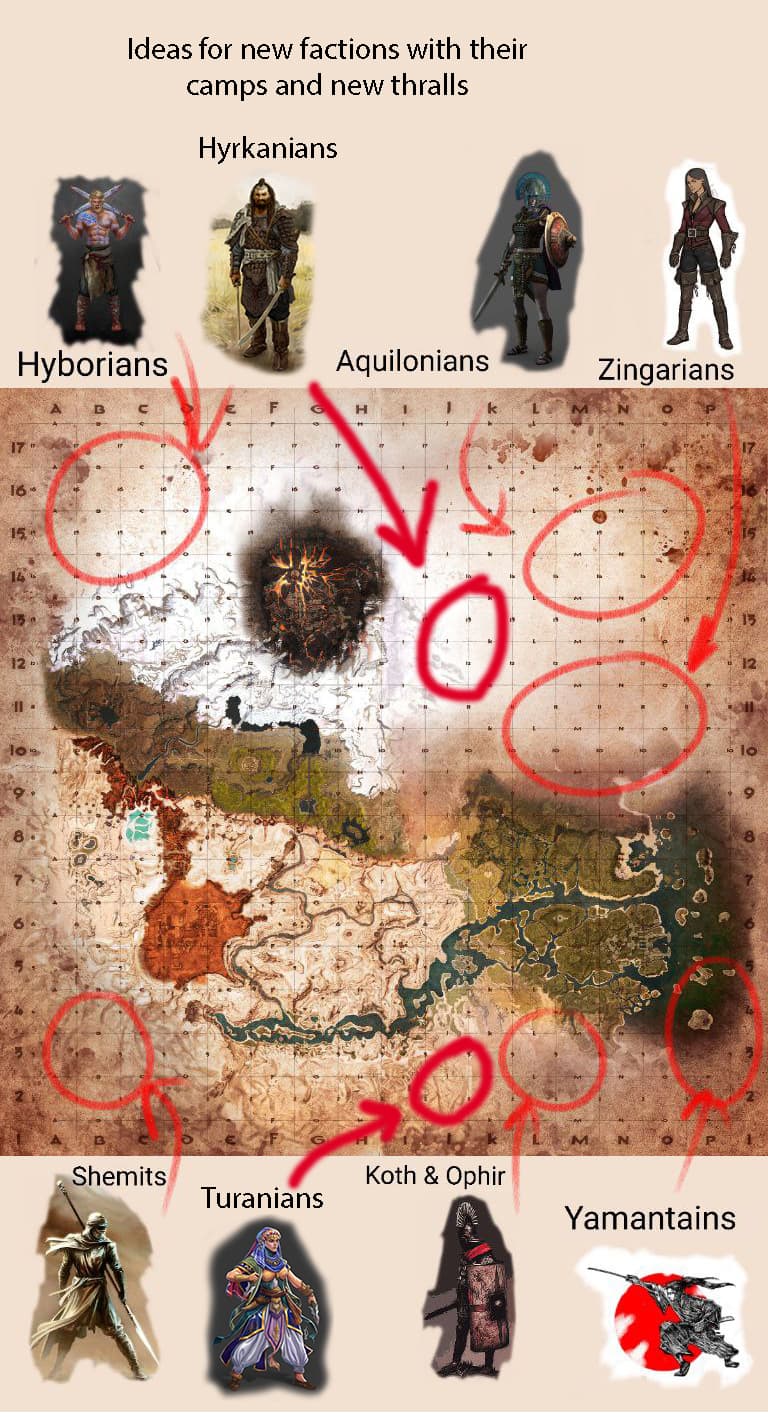 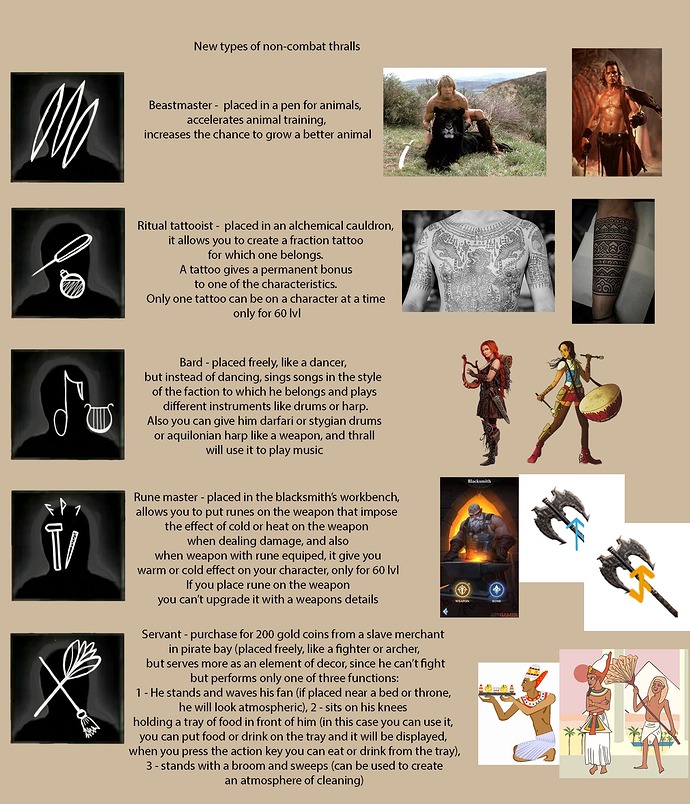 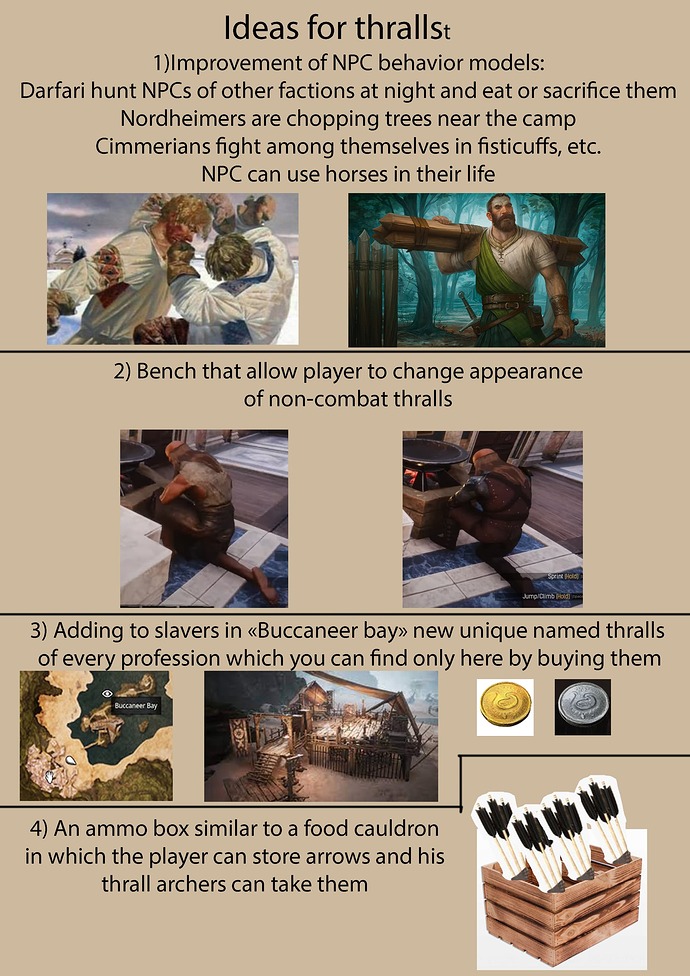 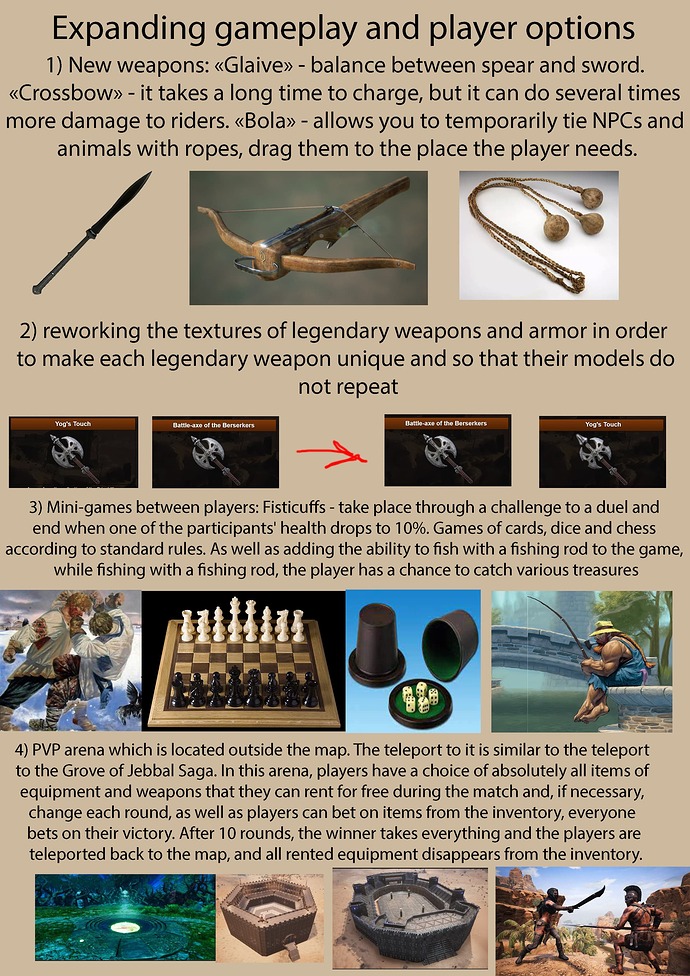 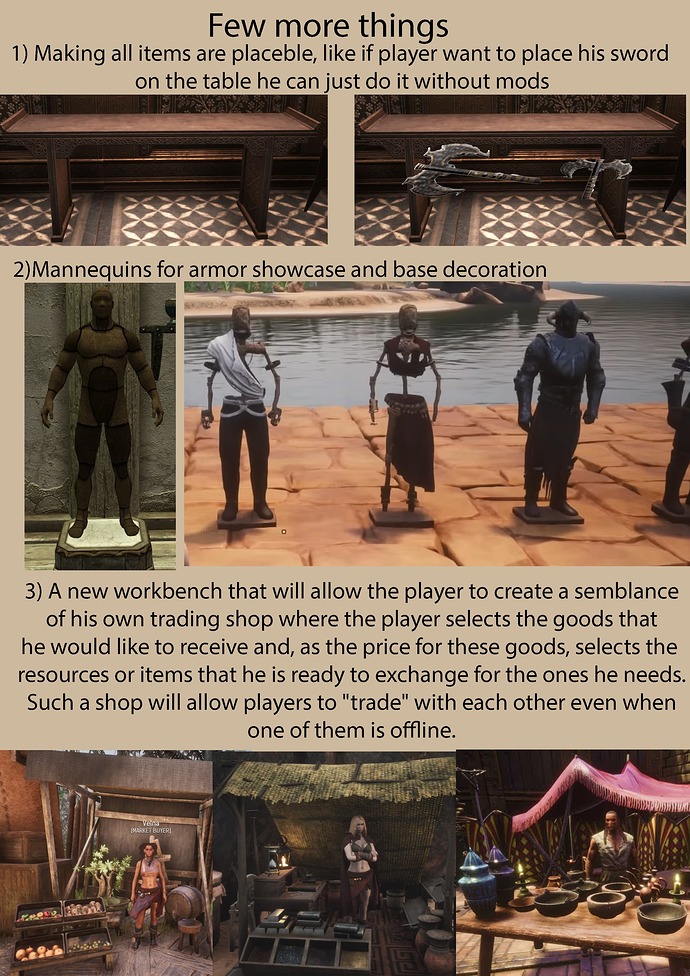 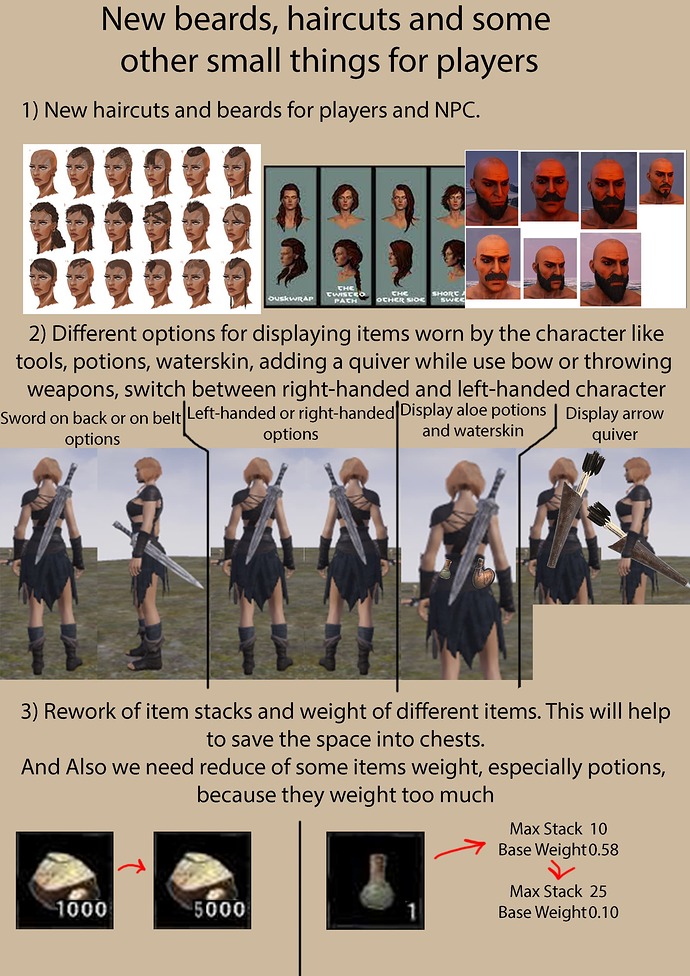 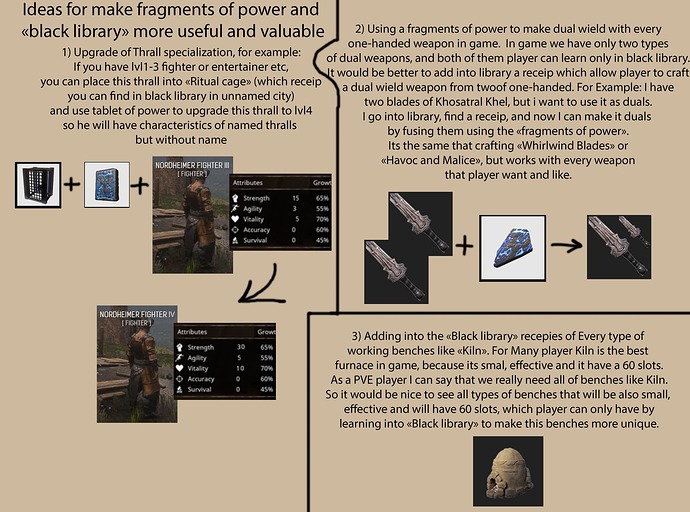 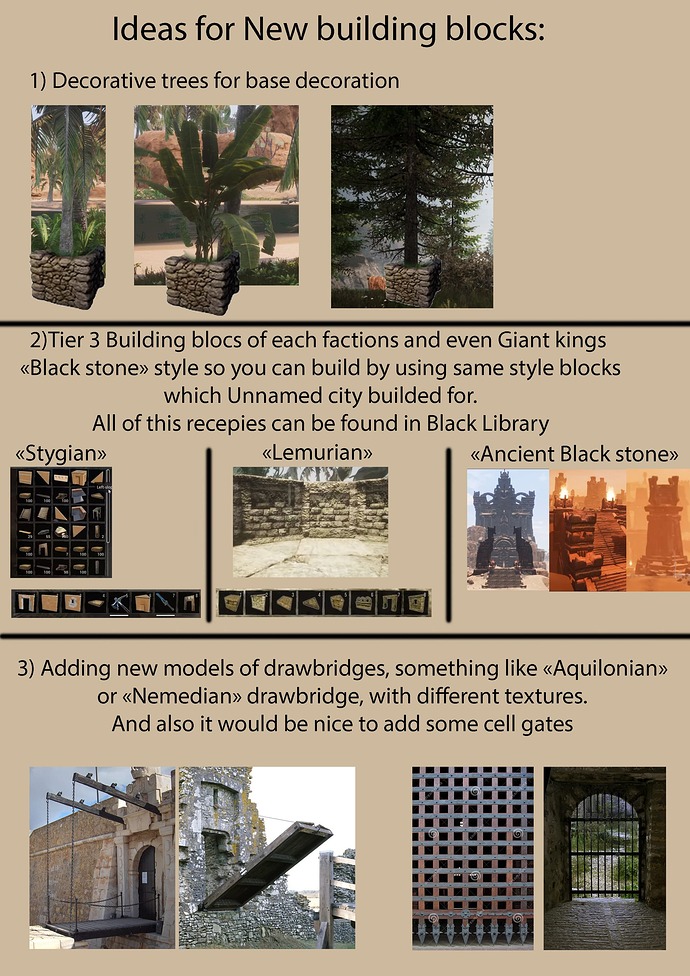 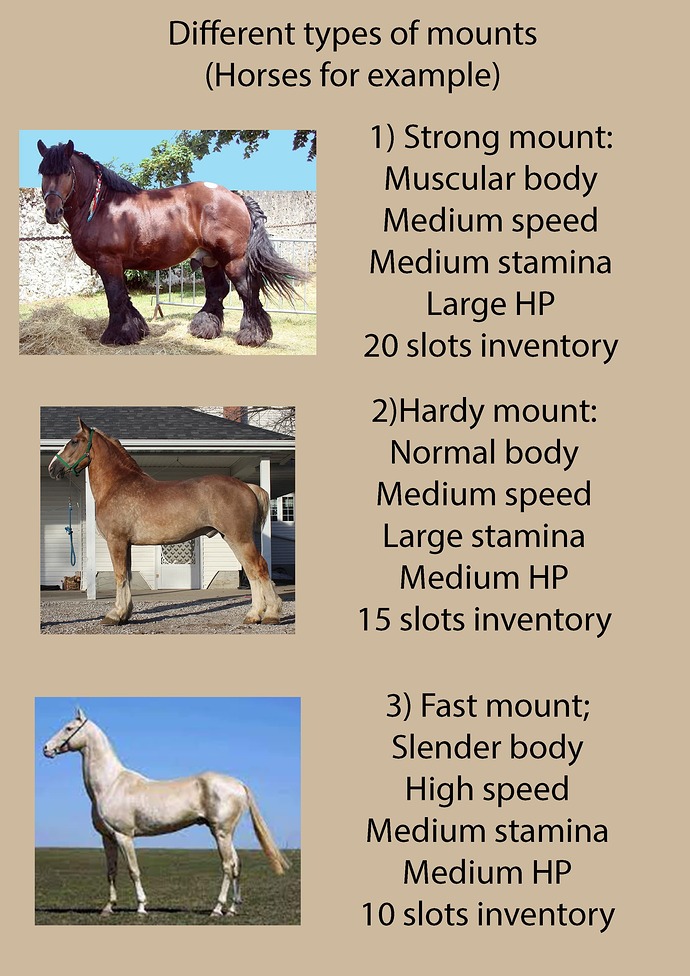 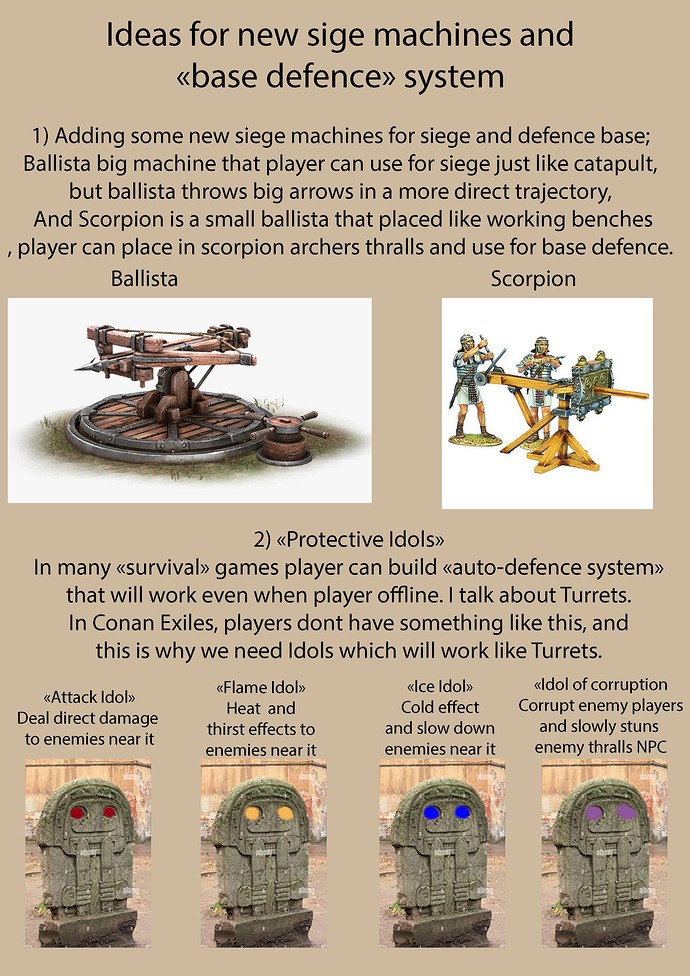 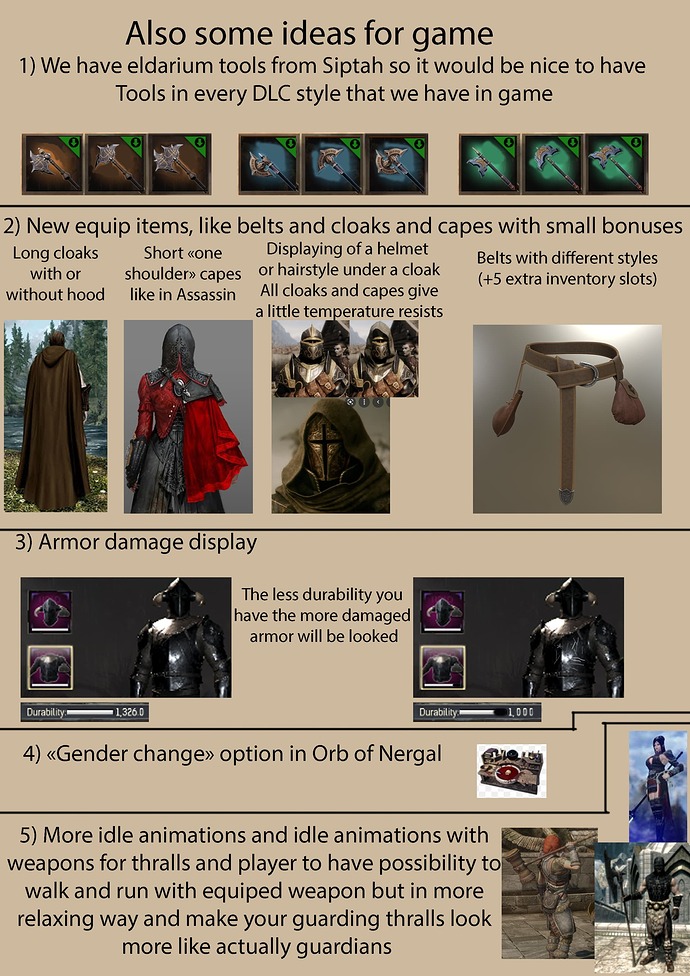 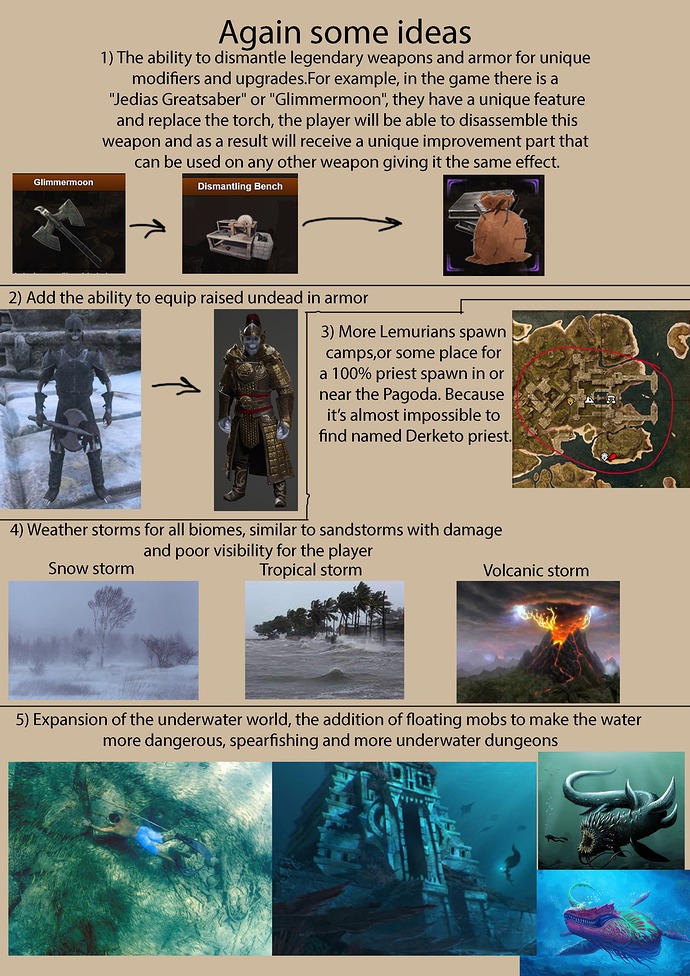 But thanks for your attention

It’s true some of these things have been suggested before, and rejected for various reasons.

But I would definitely hope for solutions allowing some of these.

You have a wide range of ideas here that spread from infeasible, impractical, and imbalanced to some ideas that might be both workable and good.

Most are in the first group though…

I kind of want to address each one individually, but it would take a long time.

Most of this is fine and good, but I need to focus on and destroy this.

The factions have some issues, some of the factions are in areas of dungeons or character creation starting area. Plus, Funcom had no more plans on expanding the EL map.

100% to reduce poison and bleeding damage, (assuming it’s not that you have no bleed / poison) - would need to know how much damage is actually reduced from baseline to comment.

I think potions are a bit heavy for function they serve. Although they are not that heavy, so I am fine without a change.

Thank you, same about me

It’s ok, I understand, thanks for answer

Thanks for a part of lore because I can’t say I know it well, I just want to suggest some new factions with their “camps” and “capitals” like Tribe or Dogs etc

Clearly, some tweaking would be required, but I like the concept of separate people groups in different zones.

It would also make sense for these people groups to have their own “reputation” system. Friends with group “A” means enemies with group “B”. Trading partners = friends; raiding parties (and bounties on your head) = enemies

It would also allow for diverse people groups to “go to war” to conquer their neighbors. Kind of like ‘zones of control.’ Think of playing Sid Meyer’s Civilization or on a more personal “RP” scale or even something like Mount and Blade. Warring factions could REALLY enliven the Conan setting (and there are tons of board and computer games to draw inspiration from).

Agreed, Conan Exiles world looks very “static” for now, and a lil bit of life would be cool

This one likes your gumption.

Lots to unpack .
Map Expansion is probably a no go. There are dungeons floating in the sky in some of the places you noted as new regions.
Also, as vacant as some parts of the map are, it may be better to just place those people in already unoccupied spots.

Crossbows exist, you can spawn one from the admin panel. It’s just a matter of implementation.

The horse distincts mentioned are instead baked into the saddle stats. While this one would prefer it to be a mount trait… Programming wise it is likely easier to make gear dependent.

Servants and Bearers can be the same thrall.
Likewise a musician or a dancer is a choice of emote rather than nature.
Many of the thrall Interactions are emotes.
Face to characters at each other and set them to angry drunk.

Having a full interactive ecosystem is probably a bit beyound what the engine and servers can handle at this interval.

Glaives are grand. Having a type of polearm that uses a more wide sweeping attack patter rather than pokey pokey would be nice, especially considering how many glaives are already in game.

The Tattoo artisan is a great idea, perhaps they could live at the dye bench. Just being able to make cosmetic warpaint permanent would be grand.

Siege could use a couple new toys.

However as mentioned above, a few of the ideas basically run into hard limitations. A new map would be good but adding much more to the existing maps is very difficult.
Also, the Exiled Lands aren’t a Hyborian microcosm, socially (they are ecologically), so not all people will group up by ethnicity. Perhaps shift focus to faction.
For example, Zingarans further up the coast… Why wouldn’t they have been press ganged by the Black Hand?
The Shemites in the South? Why not seek the safety of Seperemu?

That said, if your programming is on par with your presentation, work on those mods.
Also, for easier feedback, try to keep the specific sub topics to under a half dozen, please.

We all know the coast continues to extend northward beyound the radiation wall. We can literally look past the matrix shimmer and see it.
If one is unaware of the reason for the map limit but has admin ported out there, it does look like choice shoreline and coastal wetlands.

As for Hyrkanians…
The in game armour has some of the best cold resistance and their own lands extend from tundra to desert. If one bases their knowledge only off of what is in game and a knowledge of the steppes in the world that is… then the operative portion is that they are arid and flat with warm Summers but frigidly cold Winters.
That said, what are the official sources on the Wolf-lands? This one is only familiar with the NorthEastern coast of the Vilayet being wetland and Shadows in the Moonlight referring to a desire to avoid them and hit more northerly steppes that are uninhabited.

I like the siege machines and base defenses part, the cloaks belts and capes thing, and definetly the weather effects, the rest of it id rather not see, especially the armor bonuses… id rather see all armor types in some kind of balance but those stats would make heavy meta for sure

As far as thrall camps n such… i feel like its too populated already, i wouldnt mind seeing all those in game if the map was double the size

He also forgot Khitan, which - while available as a player race - is not available to “thrall”.

I’ll try to address some of the points as I see them, treat it as a loose commentary please:

Hair, beards & other things part:
Skip, though dual wielding won’t probably happen. Would prefere a way of resetting/respeccing the traits on thralls, to not waste those 6-10 grinding hours just because RNGesus said he doesn’t love me…

Horses:
Just a question - you DO are aware of the modifications to speed/maneuverability/horse stamina use/dmg reduction of the various saddle types, are you?
Regarding that - would be nice to have each cultural saddle “style” come in the 3 present varians, not like the older (Yamatai, Khitan, Turanian) ones - in only 1.

Siege defence:
Don’t really PvP, so will skip on that.

Protective Idols:
are you aware of the “protection bubbles” offered by the religious buildings…?

DLC tools - if they’re as useful as the DLC weapons compared to Siptah weapons, then no - don’t need those.

Capes & cloaks yep, belts - hm, might end up looking quirky - if experience from other games can be used…

Weapon effects - going to be probably addressed by the weapon camo system in 3.0

Weather storms & others - hm, maybe? As long as it doesn’t damage the base (too much/when away).

From my side - I’d add some “AC-styled minigame”, where you can assign thralls to perform some tasks/quests - would make a purpouse to actually farm them constantly, and use up in caravans/caravan defense, resource obtaining, etc.

Also, would like to see proper farming, with maybe farming thralls and some way of “need/automate” food production & consumption. If you starve your thralls - they’ll get negative stat bonuses & can eventually die, but if you setup a proper food production chain (whether farming, hunting, gathering or fishing) able to feed them, all will be ok.

Thanks for big answer

Yeah, mini games would be pretty for PVE

Yes, I use warpaints, yes, I know about saddles modifications and yes I know about bubbles in religions, I just want to offer more options in this questions

And also thanks for answer, your idea about thralls farmers would make thralls really more usefull

I dont want to be that “well actually…” guy, but we already have arbalets in game, I even dont forget the time when you can use fire arrows with bow or fire bolts withs arbalets, also it used to be possible to carry only one dagger, and it would be cool if they brought back only one dagger to be able to choose between dual daggers and one as a main weapon, so that you can play the role of such a thief with one knife xD
here are some screens of those old good times 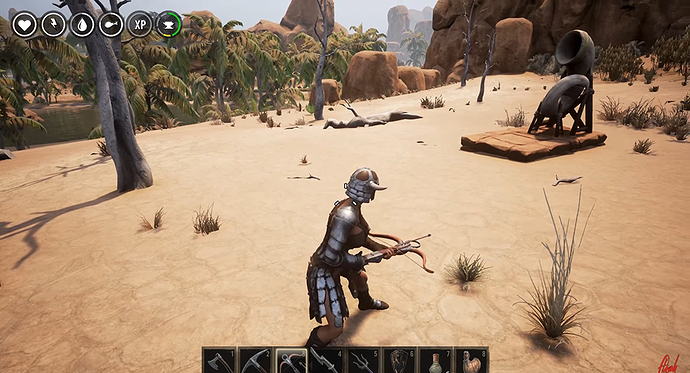 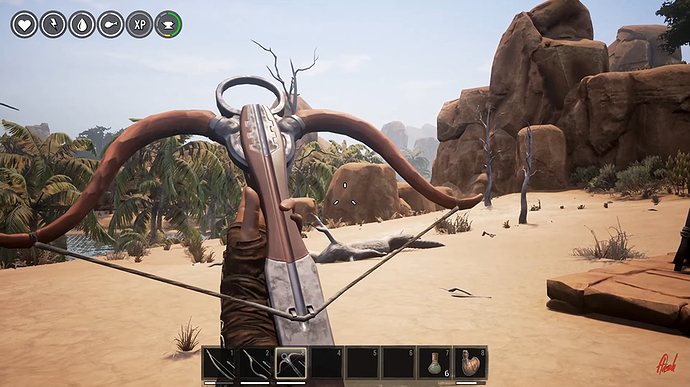 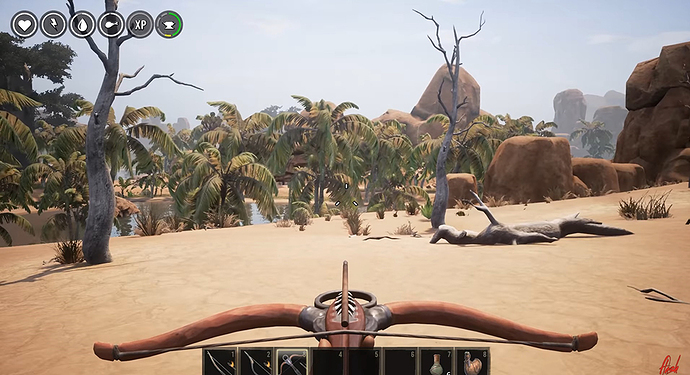 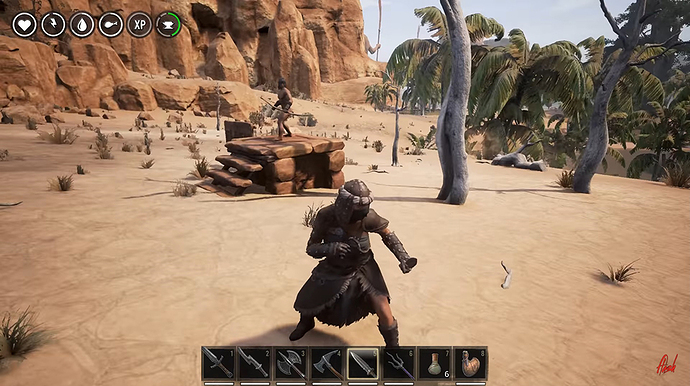 Inventory slots seems underwhelming. We have 200 plus the hotbar. Though… I think we could see the elimination of the 200 inventory slots and replace it with say… 25.

The best crossbow mechanic I’ve seen was the one included with Immersive Armors. How it works is its a reverse bow. Instead of expending stamina when you fire it, it expends stamina on reload. Couple this with a reloading animation (that slows you down like a potion does), and a higher damage per shot than the bow. And you’ve got a neat little niche weapon.