I am building a Set Temple. Is it canon to put serpentman statues in it, or are they enemies?

Set is said to be the progenitor of the serpentman-race, thus it would not be wrong.

Yeah. If memory serves correctly, in the King Kull series, serpent-men were the original worshippers of Set, or “the Serpent God” as he was called.

Ok, now i have to read Kull again. I thought Set was not mentioned in Kull ^^. My memory gets worse ;p

I quickly skimmed through some Kull stories, and the name Set doesn’t actually appear - he’s always referred to as “The Serpent” or “Serpent-God”. But as they were written before Conan stories, Howard probably hadn’t given too much thought to getting the allusions between eras just right. For example, in the Kull/Bran Mak Morn crossover, Kings of the Night (1930), Howard tells that Atlantis, Valusia etc. existed “100,000 years ago”, whereas in The Hyborian Age (written somewhere in the 1930s) he retcons that to ~18,000 years or something along those lines.

What i liked about history in Kull was the idea of a circlic history, but still there were those references to very, very old and very bad times. Also the snake-people seemed to be somewhat degenerated even among the demonic. Well, i need statues, i got them, i am creepy happy. aahhhsssszzzz

Still not happy with the design thou 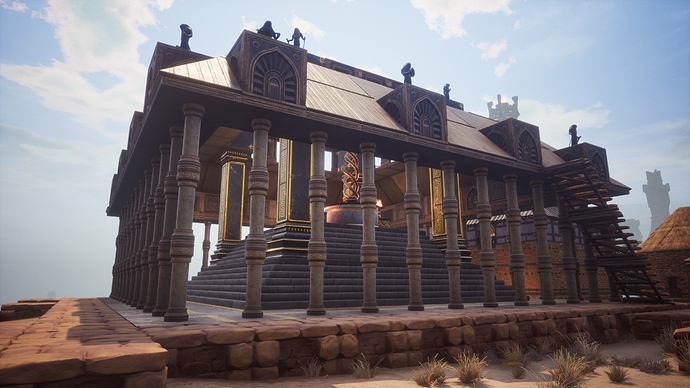