I love the look of the new rope bridges however, given that we already have the ability to make bridges from ceiling tiles and pillars, these are 100% useless. I thought this was one of the best ideas you’ve had. However, it was implemented completely wrong.

I know you said something about game mechanics and realism but come on. I’m fighting a dragon now by myself. 1 - No such things are dragons and if there were, by myself, it would destroy me.

The “realism” excuse is BS.

I also ride horizontal elevators that somehow run without an energy source or thralls, or even counterweights…I can carry 2,0000% of encumbrance, I carry a sword, shield daggers tons of food that mysteriously hide somewhere on my body…but I pull them out of thin air to fight and eat. Oh, I never have to take a crap or piss either.

So, can we stop saying “that would break the realism?”

It’s a game. A FANTASY game. Is it too much to ask that when you give us bridges (which I really really love) that they actually work as … I don’t know … bridges?

I personally really like 99% of what you guys do and can work with almost every change. Though, the bridges are a severe disappointment as they don’t “act” like bridges. They “act” like ceiling tiles and don’t give you ANY reason to use them other than window dressing.

You guys can do better than this. We expect more than this. Especially for a paid-for product. 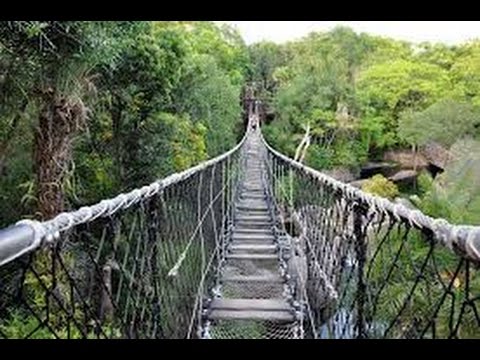 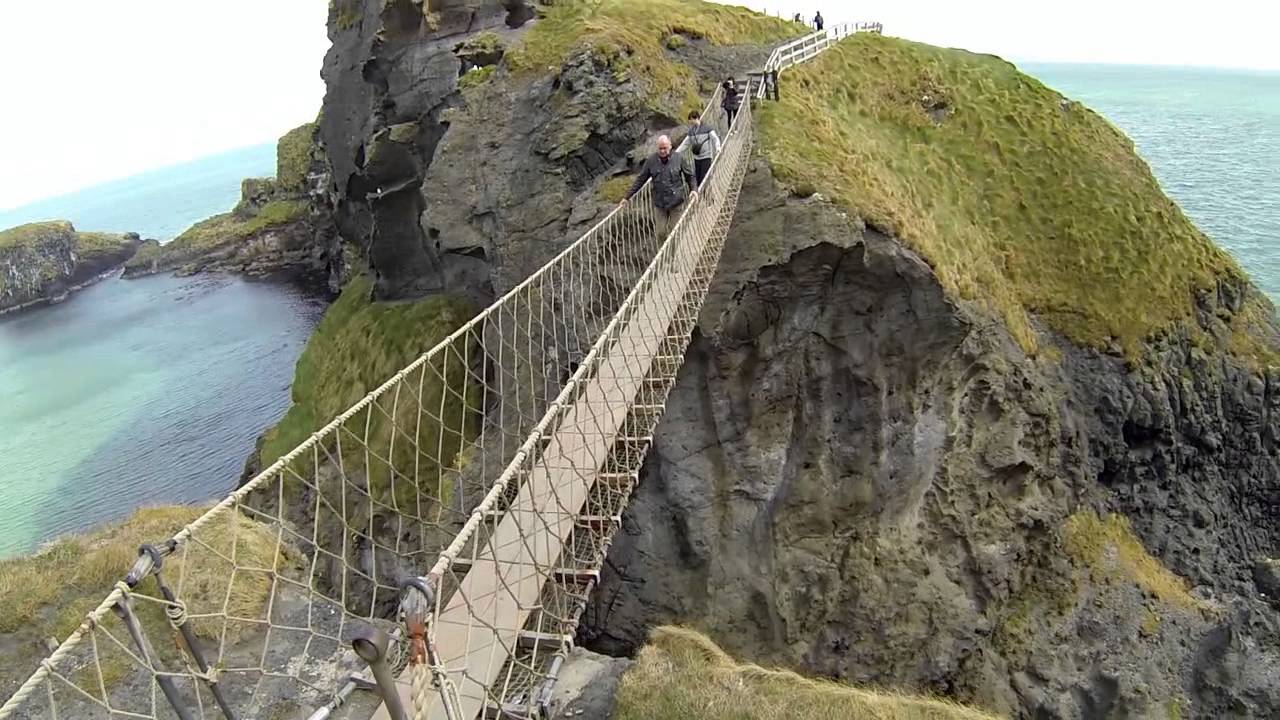 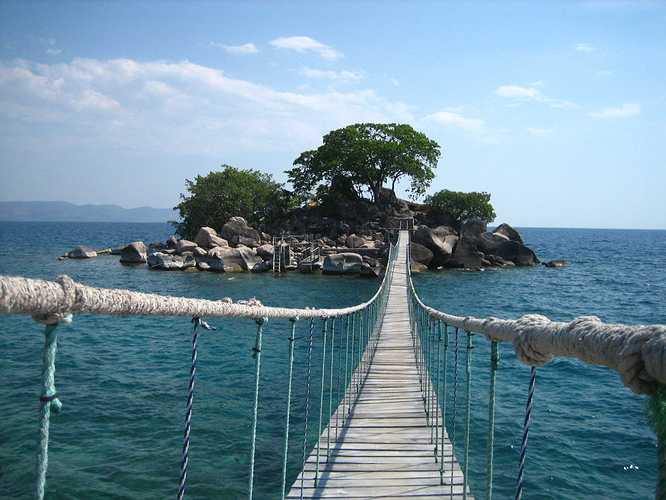 It’s been discussed a lot here already. Feel free to join the discussion instead of starting another! And yeah ofc these rope bridges are fakes and @Halk is really pissed off.

Yeah, except that discussion has gone off onto tangents. This needs a clean discussion again. Obviously, (thankfully) the community is pissed about them. Hopefully the devs will listen for once.

Sooooo tired of excuses of “abuse” … I mean come on. How could you “abuse” bridges? Oh no, someone put a bridge here…oh wait, I can cross here now…Damn them.

Like, I can’t build a bridge now with pillars and ceiling tiles.

LOL. OMG again with the abuse excuse. Please tell me how you could “abuse” a bridge? You place them all over the map? Oh wow…Don’t let that happen. I may actually be able to cross a cavern.

BTW, what’s stopping me from doing this now? Nothing. So, abuse is just another lame excuse.

That’s the point. You can’t build a rope bridge. These are not rope bridges. Maybe you should look at the photos I provided. Do you see any pillars there? What??? Nope…because they’re ROPE BRIDGES.

You would have to provide supports, which cost additional building materials and are a weak spot. If you can’t see how this could be abused, it’s because you don’t have that kind of mind. I don’t really either, but I know people who do, and we don’t generally discuss the things they’d do in the past to abuse the build system.

I have that kind of mind, and I used to do it for a living. Unfortunately the AAA I used to support has kept serious glitches in the game since 2017, so when I realized some glitches are somehow necessary for them, I jumped ship. Conan Exiles, on the other hand, runs a tight ship with zipped lips. If you work pro bono like me, you may never know if an exploit or glitch is on their radar, so it’s best not to talk about them.

When the elevator came out, it was an afterthought. A very generous Dev stayed over a weekend and created them, and when they dropped we were actually delighted. Until we learned they were public access. And then their lateral freedom was exploited, to the great detriment of the community. Then their lateral ease of placement was exploited, to the great detriment of PvP and PvE players alike.

I can see how rope bridges will be instantly abused. My suggestion is to find a mod with advanced placement rules. I can deduce how easily a rope bridge could be “ghosted” with elastic placement and elastic building costs, and I would guess there’ll be a mod for that.

Couldn’t directly modify the bridges(because they are DLC), but I may know of a mod or two that can help with stability not being a concern.

I could support the idea of a rope bridge as you describe, under 2 conditions.
You cannot sprint
and
had to walk with off hand balancing you, because the bridge itself would sway a lot. Thus, no fighting on these bridges, less you lose your balance and fall. And mounts will not be allowed, so a third once December comes around.

Unless you make them cost the same as 32 ceiling tiles

Or maybe, it decays slowly from every use (like the Treb). This would make it fun if you forgot to repair and half way across it just crumbles lol.

Oooo I like this idea. You would have to repair them every so often.

However, to the rest of the posts that talk about mods…Please remember, we don’t all have the ability to cheat the game because we don’t all play on PC. 3 of the 4 platforms are NOT PC and cannot use “mods”. I think of them as cheats.

I wouldn’t call them cheats…but yeah, consoles get bare minumum on some things. Consequence of my choice i guess

I hate to go on a tangent but…I have played on both but I actually like playing on console better. I mean, the graphics are the AMAZING and won’t be beat (Until PS5 -Wholy crap they’re good.) Except for the menus, I think playing is far more controlled on console than PC. But this is a discussion for a different thread.

Oh…the reason I call them cheats is because “mods” allow you to do things the game isn’t supposed to do. While there are mods I would LOVE to have as part of the game like the Tree mod as they are now, they’re not how the game was designed by the developer so IMHO it’s a cheat.

they’re not how the game was designed by the developer so IMHO it’s a cheat.

I kinda understand this sentiment, and I tend to stay away from mods that go too far from the original creators’ vision… But the ability to mod the game was designed by the game’s developers, too. It’s not really cheating because obviously, the game’s creators are fine with it.

But the ability to mod the game was designed by the game’s developers, too

Vast majority of the documentation that we have was made by the dev team too even. Every tool created for the dev kit was created by members of the dev team. Modders, like me, couldn’t do what we do without their encouragement and help.

So yes, we often go outside the scope of the vanilla vision, but Funcom encourages to explore our own play things and our own vision.

will you make me a ROPE BRIDGE? I’ll pay you in gold coins!

Not in the way that you want. Despite recent popular belief, you can’t just “reskin” the Horizontal Elevator and make it poof into existence. Maybe somebody with a whole lot more coding experience then I could play around with that idea.

But the ability to mod the game was designed by the game’s developers, too

Good point. I never thought of it that way.

I wish I knew how to code mods. I used to code a lot but the language has completely changed from when I used to code. Besides, I only play console. If I was on PC, I’d go bankrupt. Between wanting to update my PC and the games available…Can’t do it. Wife would have my head.

BTW, There is no way to MOD on console is there?

Not without unauthorized hacks, retro-coding or rechipping to allow for now-deprecated firmware. There is one I’m trying to help get squelched that unlocks all trophies for CE (Sony’s issue, not Funcom’s). We have such a responsive playerbase that any changes to/gaming of the trophy system are terribly unfair.

As a PS player I was steadfastly more vituperative when I started playing CE in Early Access: Mods are bad, m’kay?

For the PS4 player mods are indeed bad, because they’re rarely used for the purpose of enhancing the game. Throughout the process, as I got more into CE and the dev team, I saw devs and CMs repeatedly encouraging our modders, praising them, and in some instances, adopting their work into the game! Anyway, I feel ya.