Siptah is too dark

Please increase lightning for the main island and the first men area.

Are you sure everything is in order on your side? I ask because I don’t have any problems with the brightness of Siptah.

Look how bright it can be: 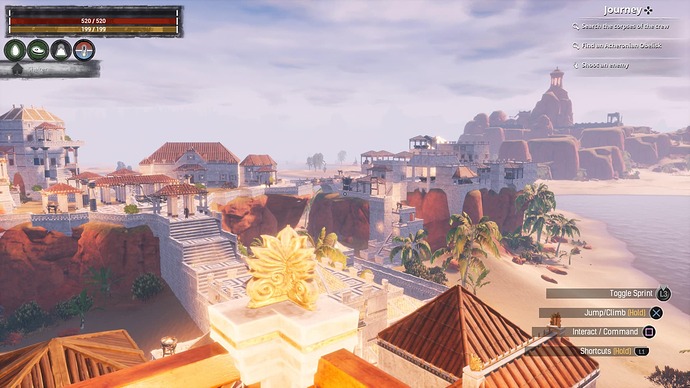 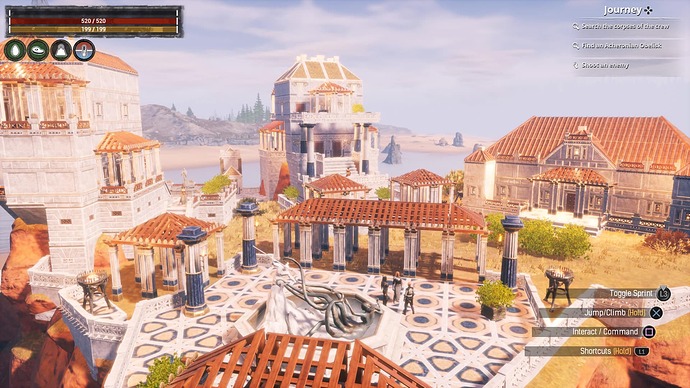 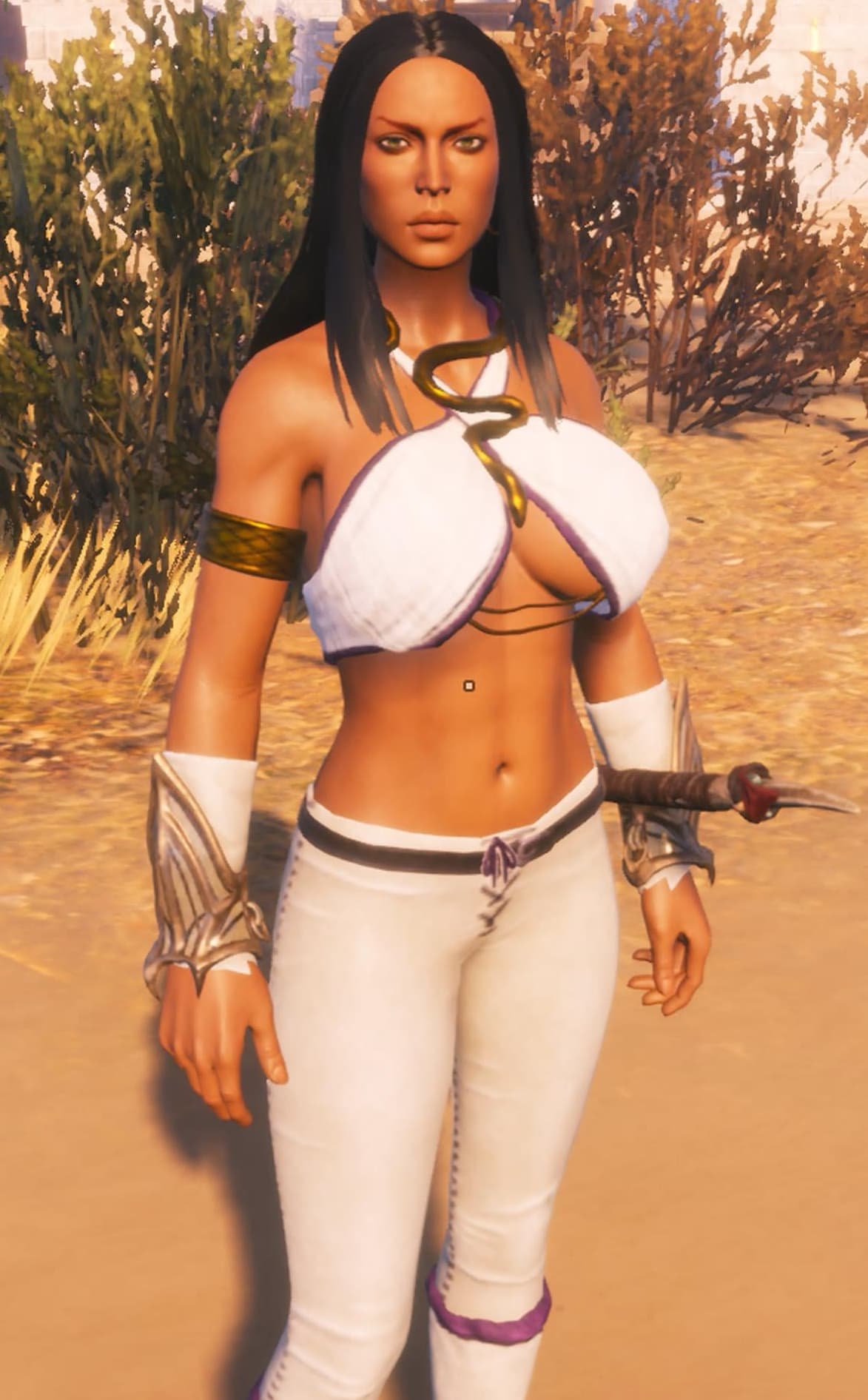 EL is ok, but siptah too dark like many others players.

The grey isle is ok like EL, but not the main island and the first men island.

First man is purposely dark. A lot of smoke/ash in the air.
The main island isn’t. Or shouldn’t be, unless there’s a maelstrom going. After that, it’s bright when the sun is up.

This one thinks the two southern expansions are where they should be.

For the main island, it seems odd to this one.
The Redwood forest and the Crags are about right. Simply put, those areas should be more shaded, and they are.

However, the center, even at midday, when there is no storm, it does seem the light is coming in at an oblique angle. It’s never noon bright, at best mid morning or afternoon. Likewise the north-eastern island.

This one has been flopping back and forth from between Siptah and Exiled Lands and it seems like only the Island of Dawn ever gets to the same light level as most of the former Khari annex.

I’m fully there with the darkness problems. I don’t understand how I can fix that. My friend can see when it’s night/in the shadows. But for me, the screen literally goes pitch black. The only way it could be darker is if I shut off my monitor. I’ve turned my gamma all the way up and futzed with all the video controls, trying to improve it, but still. In some of the dungeons, I literally have to have someone on discord direct me through, because I can’t see which way the path goes.

Sure, Siptah can be bright, but between maelstroms and always dark areas they have chosen to make it too dark too much of the time. Siptah was actually great before the big lighting patch, then it got worse, and it just got worse again with the addition of the southern landmass that includes the always gloomy primitive man area. I have to crank my gamma up from 2 for Exiled Lands to 2.5 for Siptah just to make it playable at all, so that’s a bad inconsistency that should be fixed.

When it comes to exploring and playing Siptah there are tons of hidden things to interact with and pick up, and enemies attacking from every direction, so it is actually very important to be able to see clearly. As a result I end up using night vision way more on Siptah than EL, and as a result Siptah looks like garbage most of the time (night vision makes it so you can see things, but it’s also ugly as sin).

Ok thanks, I think it is a video card issue that for some players siptah is too dark.
But if we can have siptah a little more like EL it will help.
Now I play EL 2.20 gamma and siptah 3.0 gamma in game! (And it is still too dark).

You might want to check that there are no Nvidia engine filters or post process options causing weird things to happen.

Ya all the lighting is fine for me on siptah. But people get thrown off with the maelstrom. The timing sometimes can get long especially after a storm and then its night time. To me when its daylight its more then bright enough. The sun does however not go over the island like normal, it hangs around the south. Not sure if thats normal. All the timers are exactly the same as exiles except for the storm. But then again I like the dark, makes lighting my base even better. Id rather they add snow and rain before more light tbh

I like both and I like them dramatically different. I love when it’s pitch black and you can’t see sh…! You really need a torch or nightvision equipment or dust. I love the way my thralls lookwhen the sun is shining. Having bright locations, shadowed locations (as in big trees forest), intermediate, etc… love it all. I think fire burns too red on Siptah though. That could be readjusted. But I live well with it.
Siptah is filled with very cool, very different spots for different RP bases. I just wish we had somewhere with snow, but it would have to be like a high altitude plateau or a montain…

The client could provide an easy gamma setting that is saved locally every session. Having to do it through the GPU’s UI is not immersive.

Rather than adjusting gamma, try working on your monitors brightness, contrast, and color settings. There are some color settings you can change that will turn your glossed over lcd into something shockingly vibrant. I cant believe it came with washed out settings by default.

There are many good suggestions in this thread, but like the OP stated, Siptah is just too dark in many places. My monitor settings are just fine for other games and even the Exiled Lands, but Siptah is just awful to play on with its lighting problems.

Siptah used to be fine before 2.3 (or was it 2.4…?) - I remember people complained about it being “too bright”, which to a degree it was (we’re speaking about “night, no Maelstrom” situation). From what I recall, Funcom did 2 things at the same time:

The result is that now the nights on Siptah are pitch black, and not even a torch can generate enough light to be able to move relatively comfortable around.

Another issue is that the Maelstrom effects now tend to radiate all around the island - without regards to the actual lightning path. It’s somewhat understandable, as the game doesn’t have RayTracing - but it’s somewhat depression-aggrevating, when you see the sun clearily, no light obstruction should be occuring - but just because there’s a storm in the middle, every square meter outside it is being turned into a dark and depressive spot. I remember it wasn’t like that, and the area outside the storm (pre the mentioned before changes) used to be somewhat normal, and it was only the storm area that was “darkened”.

The result is that now the nights on Siptah are pitch black, and not even a torch can generate enough light to be able to move relatively comfortable around.

I actually love that. That wondering about where I am exactly and what could be lurking around.
It makes me farm blindsight asap when I start the game on Siptah. After getting it, the game becomes easier, but the nights are never again the same. Have you tried finishing a lvl4 surge with a mace in one hand and a torch in the other? It’s tough, but really cool!
But realy, I can’t complain about darkness. Maybe it’s my tv settings and how I calibrated HDR?

Anyway, I hope you guys sort it out.

Dunno, but the result was that - despite a 40-slot server, where classic was almost always hovering around the limit - Siptah was a deserted wasteland (we’re a private server cluster that last year sported classic + Siptah, now it’s classic+Siptah+Savage Wilds - and interconnected by Amunet’s transfer mod).

We still have that that people either ask for the admins to make it again day, or just transfer out once the night hits - and I don’t blame them, as (opposite to classic or SW) - the nights on Siptah, due to the different color/particle settings (the colors on Siptah are more…saturated, I guess? Looks like a different filter is used there tbh) are really “cripling”.

And yes, I didn’t mind the pre-changes Siptah nights at all.