So this is what Conan has come too?

No to player buff,

Just the hit pts, not anything else. That way, folks can quit griping about being one-shotted.

That’s what the stats are for, you can build your character to be whatever you like, the problem is, no matter how you do it, you are always weaker in terms of HP and damage than your thrall.

Thralls are OP, way too OP, they need to be balanced along with the rest of the game, that means the player, and the enviroment, specially the bosses.

In my opinion there should be also a rework in the damage of the weapons, they should have closer values to each other, even legendaries shouldn’t be too different from star metal. Same with the armors.
Also damage over time like Bleedin or poison deal more damage than they should (imo) but i guess those are good tools in PvP, however, in PvE the enemies don’t have a chance against it.

That way, folks can quit griping about being one-shotted.

They are getting one shotted because they arent balancing their character correctly. It takes time and patience, not a google search to find out what spec works best.

This is why ive always ignored people builds with any game since it works for them not me.

Wrong. I do know how to fight without them since i actually played with other people and downed these bosses without thralls.

But when people play the game then leave and your group you were running with is gone, the thralls fill in nicely.

Other survival games have the exact same mechanics.

Thank you for saying this. I was actually talking to Zero-G the other day on this subject. He indulged me in some constructive brainstorming about the enjoyment level to be had. I appreciate both your contributions to my better understanding.

As for me, I really enjoy the PvE aspects in Conan Exiles. Where I have derived the most lasting enjoyment of them has been from the group play. In a duo, hitting a dungeon while another small clan is in there is extremely exhilarating. You don’t know whether to just kill them, fight alongside, or wait quietly for the dagger to go into your liver. With powerful bodyguards, we see less of that these days. Without Minion Damage Sliders, that time has passed.

When you get right down to it, I’m really just there to kill people. Lately I’ve spent considerable time on PS4 servers dressed as a Shemite, hanging next to a Sepermeru archway so my nameplate doesn’t show. I get great amusement from picking my battles this way, even if it’s against a player plus follower. Lots of ways to play Conan Exiles, none is more valid than the other.

Well in principle things could be reworked but if thralls become worse, there will be less incentive to level them which is very much the only thing to do endgame on all but PVP. Thralls are a cool mechanic and make this game special and the more you nerf them, the less useful they are. This is why it should just be a server setting so non-officials who pay for the service should be able to get the experience they desire.

I almost agree on weapons. They should have tiers and within tier the average damage per second they do should be more or less the same, give or take status effects. Every status effect should have a counter ideally so its less about “time to nerf weapon X!” And more about adding a viable counter. Nerfing should be avoided at all cost as it spends coding time taking from the game; time should be spent adding to it instead.

Why do you need thralls to be nerfed? Don’t take one with you. Problem solved. OMG SO HARD TO THINK OF THAT!

This is why ive always ignored people builds with any game since it works for them not me.

In general, I don’t like min-maxing anyways. It’s counter-productive to playing out a build naturally and I like playing by feel. Dragon’s Dogma had tons of min-max guides and I didn’t/don’t like using any of them because you end up spending three-fourths of yourbuild playing a class for a stat boost and only a fourth as the class you’re building toward.

Fulgrim and Rexor were way stronger than Thulsa Doom in the movie… Conan got him without even a fight. The master doesnt need to be stronger to be in control. He just needs a thrall command wheel.

Yeah. The thing I’ve always said, “Why would I want a bodyguard who’s weaker than me?” I hated using followers in Skyrim because I had to babysit them all the time.

For once I’d like to play a game where the end boss isn’t the strongest, baddest dude in the universe. Just some corporate big shot I can defenestrate with one hand after beating his tough goons.

Personally I like having the option of the thralls as backup, even if I don’t always use them.

On my latest reroll I’ve been doing a playthrough without thralls and just being a nomad; it’s been fun. I have to emphasise though that there is a lot of game content that wouldn’t be fun for me solo if I didn’t have the thralls.

“Why would I want a bodyguard who’s weaker than me?”

Couldn’t help but think of the following: 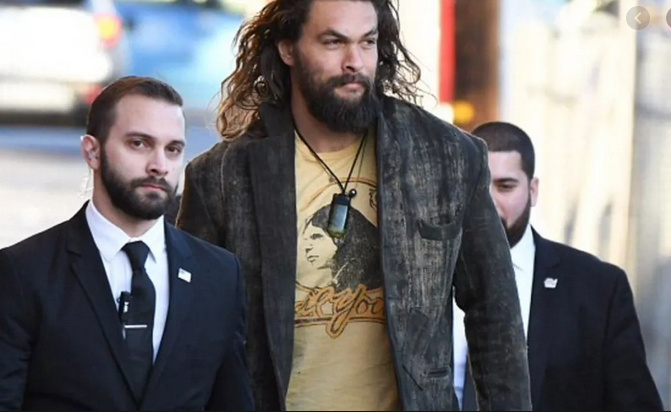