Hello,
I am on a private server and was building on one of the rock peaks killed a few vultures and then this big vulture appeard, it was interactive, i was able to “talk” to it but it was coming up as name needed, has anyone seen this before? It was on the peak map grid h/I 3? 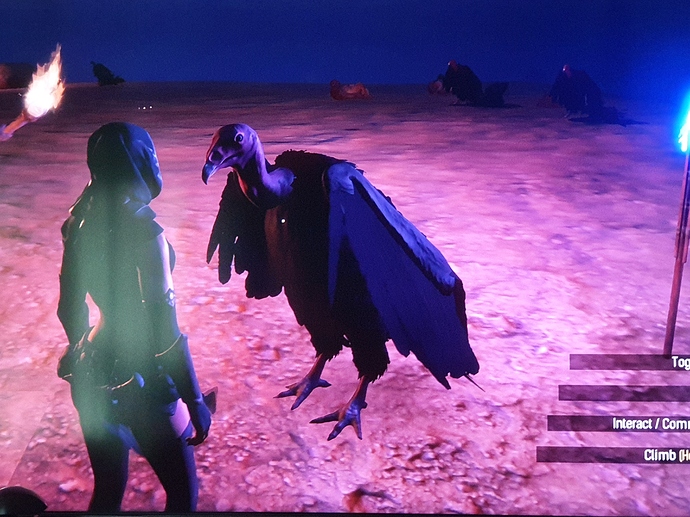 But the tag says that he is on ps4 Hellghost500, and we dont have mods on consoles.

this big vulture appeard, it was interactive, i was able to “talk” to it but it was coming up as name needed, has anyone seen this before? It was on the peak map grid h/I 3?

This may well be a bug, especially with it being able to talk. If we are able to simply kill it (can you?) and loot an item I would lean more towards intended, and a hidden Legendary or ‘Boss’ creature. Consider me interested, I will investigate later tonight.

Yes this is on ps4 and not possible to have mods, we tried to kill it, we were able to interact with it but it didn’t say anything although I did get the perk for talking to someone (fresh server) upon some admin investigation they were able to spawn in a dialogue vulture but we are still none the wiser as to its purpose or when it appeared in game lol been playing since day one and even built in this location and never seen it before

Might be worth reporting in the PS4 bugs section if you haven’t already done so.

Nothing here on PC except some empty nests 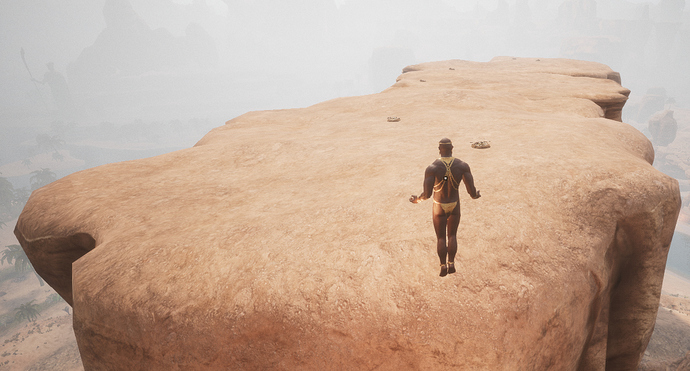 But I have spawnable Dialog Vulture in Admin panel as well. Maybe someone just spawned them on your server for fun? By the way now I can’t destroy it nor from the Admin panel not by Admin command.

never happened to me though

Fellow Exiles I am currently trting to locate our plump, juicy anomaly here, but am not having much luck. Could someone please upload a picture showing where exactly he should be on the map?