From the patch notes:

I’m rather surprised that I haven’t seen anyone comment on this yet. I tested this today, the Sword of Crom does ZERO damage when used by a thrall! What is the purpose of this? Another PvP nerf? Why did you turn our beloved sword into a memory? It is now nothing more than a wall decoration with a VERY rare drop rate. Please tell me this was another miscommunication.

Probably to force it into being a player weapon that burns stamina. Something nobody would probably ever use. Because what’s the point in a weapon that’s only good for a single hit.

Said it elsewhere. Crom does exactly nothing for his followers, now his Sword can be exactly as useless as he is.

lol, I hope not. PvP would never stand for that anyway.

In my opinion, funсom just really like to create useless things that nobody needs. Thralls don’t mean much in PvP right now, in 3.0 they’ll die 3 times faster. Nerfing a super rare sword doesn’t change anything.

I think maces are better in PvE as well (which is what I use on follower) but I like to have every third thrall (at base) with 2h sword. The effects compliment each other well.

Still, I didn’t hear anyone asking for this nerf, why on Earth would they just kill a rare item like that out of the blue?

yeah i agree I don’t recall ever seeing a thread about sword of crom on thralls being busted. Very strange it got hit with the nerf bat out of no where.

Well, I just more often use follower with two-handed swords in the PvP server. So it turns out because a lot of time is spent on collecting energy for the dome, and it is more convenient to collect it with swordsman.

I imagine they are just really leaning into that stamina burn aspect of the sword. Discounting stats, it’s like the only real unusual aspect of the weapon. And the reason nobody ever used it.

And it probably just irked them to no end that it was getting stuck on thralls to bypass that aspect.

But, I can’t see the point of a stamina burn like that to begin with. Sure, if it were a weapon inflicting stamina damage on another player, that makes more sense. But 100% burning out your own just for a single swing?

As far as I can tell, the “Sword of Crom” is nothing more than a blade from one of the movies, isn’t from the books that I can see, and has nothing about any sort of extreme weight to it. Just kind of FC ad-libbing it in, I guess.

And it probably just irked them to no end that it was getting stuck on thralls to bypass that aspect.

I always thought they made that sword specifically with thralls in mind, back when thralls were weak. In the past, they nerfed the damage, and I thought they hit a sweet spot. Howeverm, this nerf affectively takes it out of the game, except as a trophy.

Crom I have never prayed to you before, I have no time for it. No one will remember, not even you; what weapons we gave our thralls. Grant me this one request, let me give sword of crom to my Cimmerian Berserker and if you do not listen, then to hell with you!

Since its damage was reduced in a previous update, it is just unusable. Why didn’t the devs at least bumped its damage to an absurdly high number to compensate its one hit ability somehow? Like 150ish.
Now its only use is to have an enemy at very low HP, and finish it with this weapon.
(But chances are it will become a wall decoration…)

Slap blunted attachment on it and you will have aoe thrall knockout weapon. Making it into best in slot knock out tool for quick farm of souls and blood in low lvl camps. 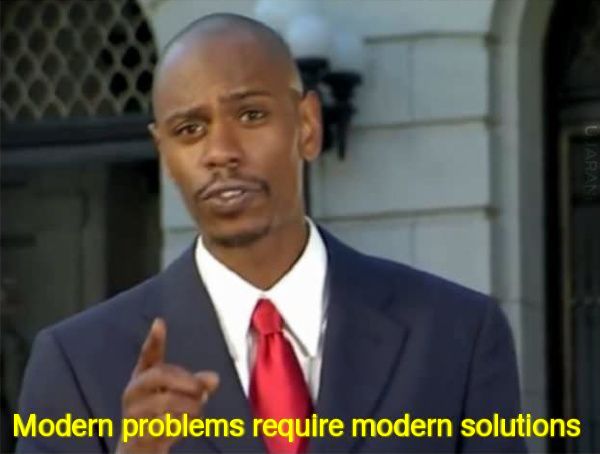 Also, players with the agility 20 perk still can use it for one hit after roll but that’s it.

I really wonder if they play their game knowing how thralls are ineffective in pvp, and while raiding you can still kill a thrall with the best gear and a sword of crom simply jumping naked on a workbench and use a poison spear until thralls die.

totally crazy nerf that will simply piss off all those who spent thousand of hours to farm sword of crom that is not viable at all to use as a player on pvp.

I honestly don’t get it either, the drop rate is already at 0.01% since the last drop rate nerf.

I also only use maces for my thralls, longswords and other weapons are just useless for thralls.

I play with shield and short sword.
Because both together, in connection with a heavy armor is really OP.

I use the Gladius and the Void Forged Shield.

“Thrall’s being nerfed to the ground is good, because I want to be the hero of my own story!” - says the guy running with 3 zombies, up to 11k vit each, that negate half of his damage, in a ridiculously cheap and op armor. @azaroth , see the inconsistency?

Did you mean to say this in another thread? Seems to have nothing to do with the Sword of Crom.

I think this was just one of those things they meant to tackle eventually…
My guess is that when they designed that weapon, they didn’t foresee thralls being able to swing it constantly so that was an unintended side-effect (which many of us thought was the purpose of it actually).
But probably from design that weapon was intended as more of an “artifact”… Just like @Yshtola says… a powerful weapon that nobody can wield effectively, to reflect the personality of the god it represents… and then thralls started swinging it like it’s nothing, completely opposing that idea they had.

Basically it was a bug and was probably on their list for a long time with a very low priority that they couldn’t decide how to tackle effectively… since there is no elegant solution here… they either give thralls a whole stamina system… or they remove the sword altogether… or keep doing what they’ve been doing, ignore it and “call it a feature”…
I guess they eventually made a decision and went with this in-between solution where the weapon is still there with its gimmicks, but thralls are unable to bypass that.

Sounds like a accidental nerf maybe? I see no reason why they would do this. I also haven’t tested any exiled weapons to see if they are on par with the crafted weapons as they should be the same or better.