The dark tower / what will u do exile?

Hey I think the most of you seen this: 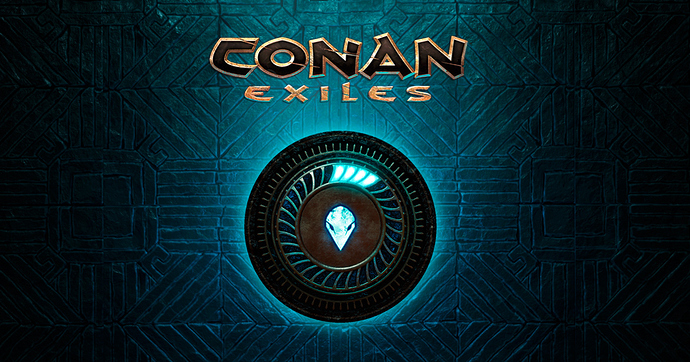 An Open World Survival Game set in the brutal lands of Conan the Barbarian!

And now to my question…

Elders are like, Funcom will again spoil our game, it was about due.

I am with @GodsOfExiles. I dont give a damn what the negative members say, I am SOOO hyped for this. Bring it on!

I’m completely jazzed, can’t wait to find out. I’ve got to read the story with the Dark Tower, so I can torment myself trying to figure out what the tie-in is.

I hope they go overboard with the new buffed up purge of hell, this game needs challenge!

I’m cautiously hopeful. Is that okay?

No, i am actually sad. Game’s functionality still has major issues and combat is still terrible, instead of fixing the game and improving game play, making the UI better they instead decided:

LETS MAKE A HUGE DLC FOR THE PLAYERS TO BUY !

And of course pumping more cash in to their DLCs instead of fixing years long bugs that have plagued the game just irks me and a lot of players. I seriously don’t understand you people why are you getting excited when the current state of the game is not in a good spot light. Instead of FIXING, adding resources(coders) they are making a new expansion.

Haven’t you seen what happens every time they add something new (horses, new thrall system) the game bugs out like crazy.

I wonder what will happen with this expansion.

No, i am actually sad.

instead of fixing the game and improving game play

I dont know how many times this must be restated on the forum and the internet as a whole, but I will do so once again. Bug fixing and new content development are handled by seperate teams. One does not take away from the other. So what, by your logic should Funcom just lay off all of the people who work on new content whilever there are any bugs in the game…!?

We have already had several recent updates aimed at fixing bugs, and Funcom is in the process of developing features to combat undermeshing. But I guess nothing they do will ever meet your high standards eh?

Yes and the teams which do fix bugs and exploits also need to be paid a wage so that they can put food on their tables. The flow of revenue from initial sales would have no doubt now slowed to a trickle. So how then do they generate additional funds so that they can pay people to fix these issues? Through DLC.

Make no mistake I am not excusing bugs in games, and believe it or not you are not the only player who has them. But this is an unfortunate phenomena of the times we live in. Bugs are a fact of life for modern day games, especially in the case of big open world games such as Conan Exiles. And even more so while they are still being developed. Just look at Ark, Atlas and Fallout76. Heck I have Skyrim special edition and The Witcher 3, which havent been in development for years now, and they still have bugs! And heres the hard part; whinning and trolling every forum thread is not going to resolve this situation. There is a personal choice to be made here; we either have to play them in spite of any faults they may have, or play other games. Simple.

just irks me and a lot of players. I seriously don’t understand you people why are you getting excited when the current state of the game is not in a good spot light.

Look I get that you are frustrated. But having this ‘if I am not having fun and excited mentality then no one else should be either!’ mentality just makes you come off as childish and entitled. Now that mindset is what really irks me. If you are no longer enjoying the game then seriously…move on and play something you will actually enjoy. No I mean it. You are not obligatted to continue playing, and better to move on than continue putting yourself through a situation which you find stressful. But I know that after 2.5 years me and countless other members are still playing the game and enjoying it. I have been looking foward to this Map Expansion since it was first announced, and plan to enjoy it to the fullest.

Bring on the Map Expansion!!

I dont know how many times this must be restated on the forum and the internet as a whole, but I will do so once again. Bug fixing and new content development are handled by seperate teams. One does not take away from the other.

That’s neither here nor there. It’s like taking a perfectly valid argument against one extreme (no new content until bugs are fixed) and running it all the way to the opposite extreme.

Now, a disclaimer: I don’t work for Funcom and I haven’t worked with them, either, so I’m basing my explanations on what I know both first-hand and second-hand about game development and I’m open to being corrected by someone who knows specific details about the structure of Conan Exiles team and their processes.

That being said, it’s true that it makes no sense to completely stop working on new features until the bugs are fixed, because that would leave a significant part of the team without any work. A lot of artists, for example, have almost nothing to do with tracking down the root cause of a bug. And when the cause is pinpointed, the fix might involve some artists, or it might not.

Almost no company, and certainly no game development studio, is willing to pay people to sit idle and do no work. At worst, those people get fired. At best, they get reassigned to a different team, and the team that got downsized is going to have a hell of a hard time getting their headcount back up when they need it.

On top of all of that, completely halting work on new features in order to get rid of all of the bugs has been proven to be a bad business strategy.

So yeah, you’re right, new content development shouldn’t stop so that bugs can get fixed.

Going from there to claiming that it’s “handled by separate teams” and “one does not take away from the other” is a huge stretch.

The new content isn’t going to need just art and data tables. It’s going to need code. And unless Conan Exiles team is huge, they most likely don’t have that many programmers to make each one wear only one hat.

The more complex and rich the new features, the more code they’ll need and the more programming time and effort that’ll take. In a finite pool of programmers, that has a strong impact on prioritization.

A paid expansion DLC? I’m willing to bet that has to be complex and rich and require a substantial amount of coding.

So both you and people who say that the new map takes away from bugfixing are right.

Some one gets it too bad some people are just blindly defending. I have said it many times i give credit where credit is due.

Dont get dissapointed when you dont get the rope bridges

From my point of view and that doesn’t matter how stupid it sounds now.
I will keep buying DLCs so that Funcom can keep promoting and improving this game.
I’ve been a fan of Conan, Star Trek, and other sci-fi books since I was a kid.

Only when you invest money in something can it pay off later on having done it.

You can compare it to a company that is at the beginning of its career.
It takes some time for everything to run on its own and errors can still happen because we are humans and not perfect machines.

Will there be a Man in Black for me to chase?

Sure, that is sci fi for me. It is not real and cant be real.

Thing is FC cant be compared to a company that it is still starting. I doubted the people in 2016 when they were saying it will be just like AoC. Here we are 4 years later and now i see what they were trying to say.

Seeing their other products i am noticing a worrying pattern and that is all of their past game failed to deliver. I was really sad of what became of AoC and it seems that it might happen to CE. Both games have an amazing vibe to them but it falls down quickly the moment the bugs and the cluncky mechanics surface.

I compare it to the fact that the same teams don’t take care of the same games.
And thus different departments of the company are responsible for different games.

I myself work in a company that has existed since 1904, has customers all over the world and mistakes happen even to us.

And that’s why I can’t point my finger at FC and say: Do it better, everything is stupid as it is.

Silent Legion is the Man in Black

Conan Exiles was a learning project for Funcom. They used it to learn how to develop games in Unreal Engine 4. Alex admitted that in this video: https://youtu.be/bhpLqyMpMVc

You didn’t know you were playing an in Sci-fi post apocalyptic setting?

No I’m actually being serious. Go read the Slithering Shadow. The stygian woman talks about how the food is prepared by a Star Trek style replicator, using technology people forgot how to make. That story was written 40 years before Star Trek too.

There’s another story, I can’t remember the name of it. But Conan literally uses a forcefield belt. Its powered by ‘magic’. But if you read it, you’re like… hold up, wait second… .something ain’t right… What’s this doing in my fantasy?

If that’s not enough, we know the Cthulu universe is Scifi. And Hyboria is simply an earlier age (about 15000BC) set within the same universe. REH and HPL tend to reference stuff in their stories from each other’s works.

Oh and the Giant Kings in the game are clearly aliens from another planet. That’s not even an obscure fact. They straight up tell us.