This game can't be this game without this

I’d really love to be able to trap thralls in cages, crucify them and have some medieval torture devices and attraptions you can put them in and have a torture chamber. (extra Savage if you can cut off fingers and hear them beg to stop and beg for their life) come on, this game is brutal as it is and they’re barbarians.
The ability to remove weapons and clothes etc from unbroken unconscious npc thralls and handcuff them.

The last thing would be extended thrall functions as to make them sit on decorations, do certain tasks or engage in roleplay like a thrall wife, servant etc.
I made an arena and I want a gladiator thrall fighting unbroken npc’s etc.
Basically just more functions and uses for the captured thralls, you could command them to do certain gestures, actions or assignments etc like the dino command menu from ark

Not sure if you’re serious. You want to play a torture simulator? What’s the appeal?

Cages and chains sure, we have to show off what we are selling, but torture for jollies? No thanks.

We can read from accounts of the vikings what real barbarians were like. There would be torture and rape happening in every camp. At some point though, we have to draw a line and for me it begins at the place where deliberate torment is presented as fun.

At some point though, we have to draw a line and for me it begins at the place where deliberate torment is presented as fun

For info or faster breaking but your right. Torture for fun has a line we should not cross. It could cause huge repercussions for the game or even the company itself. Look at the Postal series it is banned in several countries.

Rping as a slaver and the taskmaster could be fun but it is a thin line that would have to be approached by centimeters not inches and definitely not by feet. Public backlash could be the downfall of Conan Exiles, the mods out there like Sexiles already has negative opinions for the game growing.

Hmmm, no thanks. If you want something like this, find a mod or make one yourself.

I want the exact opposite. City Life in concept had the idea that citizens/people/Thralls would travel to your city as it grew and prospered. That sounds far more appealing to me then cutting off someone’s finger for “fun.”

Finger cutting isn’t my idea of tutoring that’s just sick. I was referencing water boarding or similar tactics something that breaks a person not literally breaks a person.

To be fair, everyone wants something different and I’ve read several places that people wants torture.
I just think that I’m the kind of guy that wants to do it all. Also citizens etc etc.
The game is already brutal and this feature should not be a must, it just puts an extra level of roleplay and options to it. I mean, you can already equip npc’s with cut off arms?
Rape definitely adds realism, but I agree that there has to be drawn a line somewhere.
I just like gore, and I would love to download mods if it wasn’t because I was playing on a Ps4…
But yeah, the game is already brutal so my point is really just to embrace it and give us the options to use that gore as we may please.
It’s a sandbox game, there should be many features.
It could be a dlc for the console users if it would come to that, but then again, the game doesn’t force you to do anything so I really don’t see why it shouldn’t be added.

I would rather they invest their time, efforts, and dollars into something most players can get behind, not something that is as controversial as this and where only a small percentage of the player base would benefit from.

To be frank, the idea creeps me out.

Not sure if you’re serious. You want to play a torture simulator? What’s the appeal?

Remember Age of Conan, soldier campeign? You’d see the above furniture, “the wooden horse” in one of the torture chambers you woke up on in the black keep after being dragged there. 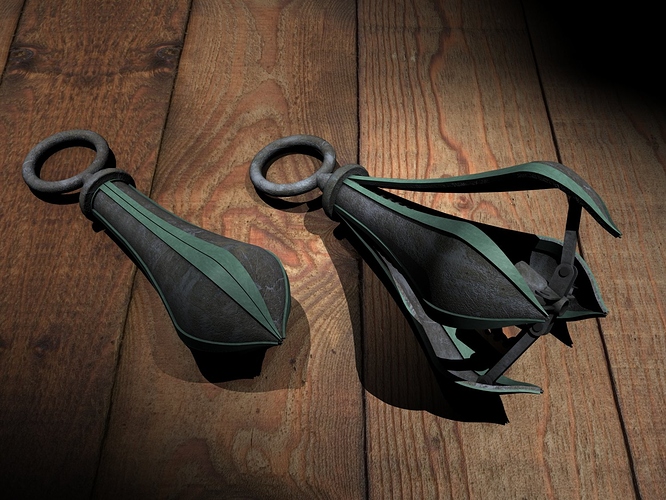 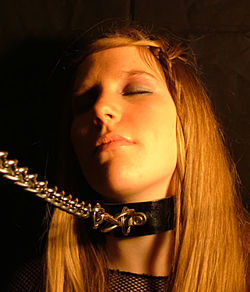 I don’t understand the controversy to be honest?
Look at the torture mission in GTA V? That poop made me cringe.
Again it’s a free choice to use various in-game features, because it’s a sandbox game.
The brutality wouldn’t be more extreme that it already is, it would just add new features.
And if you really have to put it like that, then slavery is a questionable feature aswell, since we’ve only “just” got rid of it and seeing the controversy between the middle east and the third world.
I get your points but imho, a sandbox game is a sandbox game which means you can do as you like. But you know that.
I among others hope to see these features and I hope that we will get them.
And I looked up on the sexiles mod last night, which is 5 star rated

Again, I see why people don’t and people want i just hope that they will add it because the game does in no way force you to commit torture as it’s an open world sandbox game.

Ahh I know that one

Putting thralls in cages and other “store” like placeables, yes okay. But practical torment absolutly NO.

Still no. You are asking the dev team to devote resources to a feature that maybe 1% of the community would rally behind. You honestly would rather have your torture roleplay, then I don’t know, mounts? City life improvements? Sorcery? Other goodies? Just no. If you are absolutely adamant about this being a feature, I encourage you to grab a copy of the PC version, and mod away.

I was a bit leery of the whole slavery/wheel-of-pain concept at first, but the way it’s implemented in the game is pretty light-hearted and abstract, even amusing. What the op is suggesting is implementing the concept in a very explicit and dark way. I don’t understand the appeal of that at all, though I am genuine about seeking to understand where others are coming from. I don’t assume someone wanting this is a psychopath, though it is troubling to me.

This idea should be left to the discretion of personal modding. It’s not practical or appropriate for official content.