To many Artisan benches

All doing the exact same thing but with a couple dlc specific items to craft.

Is there a reason why all the recipes can’t unlock on one unified bench? Do we really need a seperate Artisan bench for every single couple of new cosmetics with each dlc?

Is there a reason why all the recipes can’t unlock on one unified bench?

There’s not reason why that can’t be done, but I can guess why things are this way.

When they started adding DLCs, the GUI didn’t have the option to filter by DLC, like it has now: 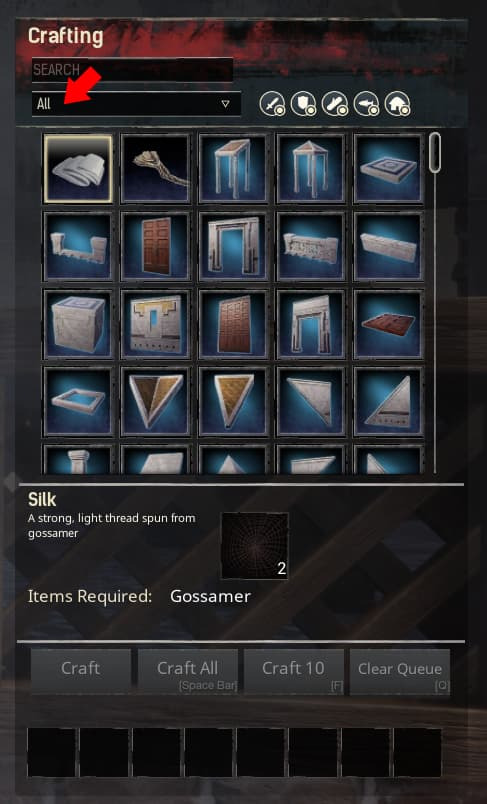 Now that this option exists, they could probably move everything to the original artisan bench, but I don’t think they’ll do it, for two reasons:

I would love it if we could get a builders bench, to declutter the main inventory.

I cannot remember which mod it is, but there is a mod that has an item called the “multicultural bench” which is basically just that. It is the artisans bench with each of the cultural DLC benches included into it so you only ever need that one bench.

I would love it if we could get a builders bench, to declutter the main inventory.

Keep them in a chest until we have one that does it all. Place, build, back to the chest. All in one spot.

Good way to save space. Oh you explain that to my wife my friend.

There’s no way to do it without someone nitpicking and complaining about it. They can’t make the original bench craft everything and remove other benches, because that would mess up existing builds. Every other alternative will have someone complaining about useless benches.

I disagree, all of the Artisan Benches could give the same recipes, while the DLC benches would only be cosmetic differences just like all of the other cosmetic placeables you buy DLCs for.

If you think people wouldn’t complain about that, then you haven’t been hanging around here enough

Well there are legitimate complaints, and then there are people who just like to whine for no reason. I don’t care about about the latter and neither should Funcom.

Consolidating the benches would be an improvement to the game, and leaving all the DLC benches in as cosmetic-only differences would allow people to continue using the one they like best.

They do have a reason… it’s just nothing FC can do anything about. Things that range from a bad RAM stick to family problems where things are falling apart.

BTW, I’d betcha a nickel that this multi-bench thing is resolved in 3.0.

I just keep the dlc ones in a chest till I want something. It’s really not a hassle to place it, craft than stuff it away again.

True, people complain for too much night or night is not enough. If we didn’t had different benches for dlcs someone would complain about it for sure.
We always ask for more and when we have more we say it’s too much

. @Multigun a year ago expressed this by saying that people come here to complain to what they asked for, it’s damn true.
I personally like very much that I can fix them all so cheap, so all fine by me. I do not use them all like artisan benches but as chests. To some I place my tamed warriors, to others the dragon bones etc. Plus they are very useful to place your extra named crafters, since it’s pity to keep them on chests, they are rare to find so I am very pleased I have a spot for them in my house.
So…
More dlcs please, thank you and why not more artisan tables why not thank you. I thank devs for the right of choice I have and I believe we should all do.

Consolidating the benches would be an improvement to the game, and leaving all the DLC benches in as cosmetic-only differences would allow people to continue using the one they like best.

Honestly, that’s quite subjective. For example, the variety of benches doesn’t bother me at all. I wouldn’t go as far as to call complaints about it “whining for no reason”, because I understand how it might bother some people, but I also don’t think it’s such a huge deal either.

In fact, the only thing that has bothered me about this variety of benches is that all the non-DLC recipes are also present in DLC benches, cluttering them up. I’m one of those people who are perfectly happy to sacrifice building space in order to avoid excessive rummaging through the interface, and it would make me much happier to make the DLC benches have only DLC recipes.

Like I said, I understand the other point of view. I’m just trying to explain why this low-priority issue isn’t as clear cut as you believe

reducing the number of benches is great to both the servers (need less size to build)
and the players (need of less space=smaller base and lower chance to get banned)
the current rules are too agressive, hell even the bases that funcom shows in their official channels are too big for current standards.

i think benches in general need another overhaul. lets see if they do in next update.

Can we please dispense with the trope that the current rules are about the base size? It’s not and it’s been shown over and over and over, ad nauseam.

Also, it’s perfectly possible to fit everything except fish traps and religious shrines in a perfectly reasonable space. Even if you need all 7 shrines, you can still build a base that isn’t excessively massive. I know both of these things for a fact because I’ve done both repeatedly.

So no, you don’t need a huge base because the benches are too many and too large, and no, the rules aren’t against large bases anyway.

Can we please dispense with the trope that the current rules are about the base size? It’s not and it’s been shown over and over and over, ad nauseam.

wanna have this discussion again?
alright.
Try to have a base for a clan of 10 people on official that is at WAR and tell me how you do it without getting banned. that is assuming you are not in an OP spot like G10 (image for reference) 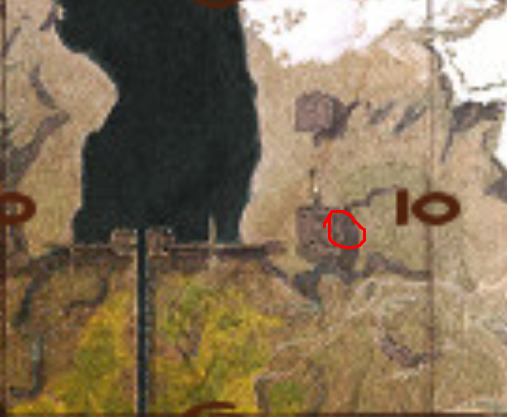 You literally can’t have a base xD.
And yes, there are too many benches and some of them are too big.
the wheel of pain, the greater is 8x8, map room, 8x8 a vault, 6x6
stables, 3x6 a temple… and those are the big examples.

Then you have the normal benchs, the t3 occupy a massive amount of space, try to fit everything in a base and at the same time don’t get wiped by 100 explosive arrows and 4 explosives.

Yes, the rules currently are too damn aggressive specially for pvp,and like i said, even funcom is showing bases too larges in their videos xD is pure insanity in how they are handling official pvp.

all i am saying is reduce the number of benches/structures or reduce the size of many structures including benches, then we can have a better server perfomance and specially not getting banned for having a damn base.

wanna have this discussion again?

No, I don’t. That’s why I asked you to stop pushing a narrative that has been disproven.

They’ve already posted some clarifications that show examples of what they don’t want players to do, and even if those clarifications need more work and we need more details clarified, it’s clear that they object to how you build rather than how big you build.

So no foundation stacking, no foundation webs and vault spam, no massive walls far from your base to artificially expand your claim, etc.

And yeah, I get it, those are favorite techniques for those who don’t want to be offlined. I understand. Complain about that all you want and I won’t say a thing. But stop making it about base size because it isn’t.

And yeah, I get it, those are favorite techniques for those who don’t want to be offlined. I understand. Complain about that all you want and I won’t say a thing. But stop making it about base size because it isn’t.

you are wrong. but we can agree to not discuss it because we will never understand each other, we play 2 different games.

Thnxz for the replies guys, i didn’t think there would be much discussion for this tbh.

I typically don’t build big bases, preferring a small cosy house and then a separate craft area, and i may repeat this in EL to have x2 bases, one north and one south.

I have all DLC but don’t use everything from all DLC, i could decorate my home and all i use from Turian DLC is the cup and Pot, 1 statue from another or a bed from another yet i need to build every table instead of just 1.

I never thought ppl would be upset to see all Artisan benches consolidated into 1 but after thinking i suppose they could but i personally would still like atleast the option to craft 1 bench that you can access all the decorations from instead the numerous we have now.

Regardless i’ll be honest it never even crossed my mind just to lift them back up after use and store them away so i’ll just do that from now on.

Again thnxz for the replies guys, much appreciated

I tend to use only a single DLC to decorate each base so I can just plop whichever artisan bench I want to each base. But as said above, this is now less problematic since you can pick up the benches, so they won’t take up more footprint than a single bench and a box.

Similarly, I was originally opposed to the idea of a bench for crafting building blocks, because I prefer to build on-site, and it’s easier to carry materials and make pieces as I need them, than pre-design how many pieces of each I need. But now, if the bench was reusable, it’s not such a bad idea after all. At least if it was needed just for T3 building blocks. The mud-and-daub huts should remain hand-crafted.