Unsure and troubled by dilemmas

Not anymore. Now i am sure.

If you like the pvp, try it out on fury. There are more players on fury with little gear, and it’s easy to have small scale fights in open world there since it doesnt require a limit of people to happen.
Also duels are happening more frequently on fury, and for new players like yourself people would for sure take off their gear for a more fair duel.

Get yourself in a good guild! There are raids going on every day and a lot still going on I see UC dungeon in global all the time ……and if you want to run other dungeons just start a group I’ve had no problem running wyrm and and a few pillars groups!

As for dt weapons Ibis is good but T4 is better. More consistent dps! Once you have T4 sword you never have to change it

I agree that RF is boring as hell but for the rings and gems it’s worth it once a week as they are the best in game! Same with kuth weapons some of them are really good some are a waste of time.

Not worth it anymore.

While I agree pvp was the best part of this game it has pretty much died a horrible death if your going to roll a new character do one on each server! Fury is pretty much empty with no raids or dungeons or anything happening at all ……crom has the larger population and and is busy with content most of the time!

And pvp festival is on every month!

People have different definitions of a “dead” server, so it’s a bit hard to have a good understanding of the actual situation.

As for Fury PVE: there is almost no pve group to be expected when starting a new toon. Also I believe pvp at lower levels is not very active (but to be honest I dont really know about that, since I dont have a low level toon anymore).

As for Fury PVP: currently there are regular pvp fights going on on Fury. All you need to do is go to the daily pvp zone and find people. I fact you only need one other person to initiate a fight, and often more players will join, so in this sense, it is much more easy to find pvp on fury then it is on crom where minigames are not popping regularly.

When larger group fights occur, there will be more players with higher level gear, but you will for sure be able to join a group to participate.

@op The game is dead mang. Don’t waste your time or money. Especially don’t waste your money. Funcom has abandoned the project. New games are on the horizon made by companies that care
This game isn’t worth bothering with anymore.

Definitely don’t listen to this guy. He’s one of those holdouts that plans all sticking around till they pull the plug. Even if it means he’ll be the last man standing around under the sun with no one else left to fight. He even plays on fury which is literally a ghost town. He never got the memo …

He’s what I call one of the hopeless. Desperately clinging on to this dead game with the hope that people will return, but they wont. They have trouble letting go because they’re too invested in their characters to let go… They’re just pixels in a forgotten game… let them go.

You always need to read carefully and try to understand the full picture. From what he wrote I understood that he doesnt hate the pvp itself, but he hates doing pvp without gear, being one shot each time he shows his face.

Do you smell what I smell? Reeks of a spreadman

@Deukalion Even so, the point remains. There is no pvp in this game. Only alt farming goodness!

@chiefqueef Cant stand the guy. He’s so arrogant and full of himself (plus he’s ugly and just overcompensating for his tiny penis), but he does make some good content on his YouTube channel. Even you can’t deny that.

As to OP, Try it before you buy it in my view. If you didn’t like it or found it boring you quickly before, you won’t like it now. There’s been no innovation except onslaught which …well don’t take my word for it. See for yourself.

Ok spreadman, whatever you say 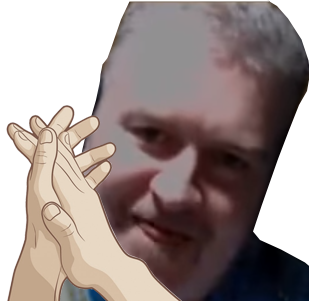 There was some good content indeed, but I recently unsubscribed due to lack of age of conan content.

@Deukalion I don’t think he really cares if you unsubscribe bud. Subs come and go like dust in the wind.

But I think he would produce more AoC content if AoC was worth playing.

It’s a shame it just isn’t…

Then again, I hear rumors that he’s still working on the next age of conan based webseries episode so there’s that bit of fun you’ll miss out on I guess. Your loss.

@chiefqueef Is it true you’re his biggest fan?

Don’t get it twisted spreadman, I support your endeavors here albeit a waste of time. It’s cute seeing the lengths you go to in order to hide who you are 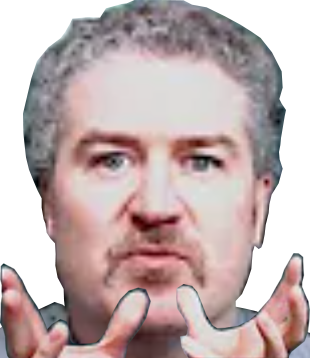 Fun discussion. I don’t know if he is Spreadman but i always liked Spreadman. I also liked watching his Bear Shaman in chat saying ‘‘It’s Spreadtime’’ ‘‘Spread your Cheekz’’ ‘‘Hell yeah’’ and his Siege videos.
I took a look into his ESO videos as well. I like how good ESO has become in many aspects with it’s own Class balancing flaws but it’s not in maintanance mode so changes happen and DLCs get released frequently.
I never expected them to make that much content over there and i am an Elder Scrolls Lore Freak but they did, they did it good and i like it.

I will also say that: He is a hero for trying to lvl a Lowbie Ranger in PvP without much. Class helps a bit though. Anyway.

I think this matter is the most important on an MMO. Socializing and Activity from PvE to PvP. First experience was good while it lasted, wish internet human communication was better but honestly it’s goals that make people team up. Either i am blind or i don’t see anything happening. We’ll see.

Looking forward to the next episode