Haven’t had a chance to pick up the Unofficial Legends of The Secret World? Exciting news! Get all three novels in eBook format in the Templar Omnibus Edition (Vol 1) on Amazon now!

Get all three books in one giant omnibus for less than the price of buying them separately - and just in time for the release of INTO THE INFERNO this October!

GET THE OMNIBUS TODAY! 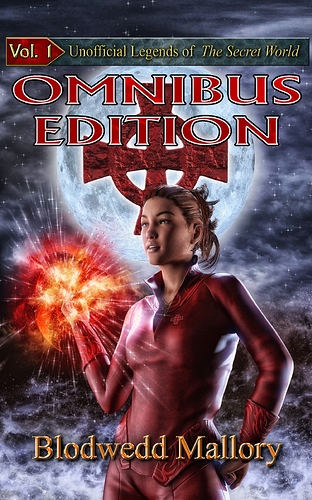 Dark days are coming and Wedd wants to fight.

Blodwedd Mallory’s lifelong ambition is to be an agent for the Templars, a powerful occult secret society. She’s got the right family, the right education, and—unfortunately for the rest of humankind—the right timing.

Terrifying events around the world foreshadow a catastrophic showdown between the forces of the supernatural and humanity. Whether the omens say Armageddon, Ragnarok, or Doomsday, they all point to the End of Times. And only those like Wedd, who were granted magickal powers by Gaia—the lifeforce of Earth—know what is happening.

Wedd must combat the Filth, a dark force from the outer reaches of the Universe that threatens to devour the world. Investigating the mysteries of ages past and fighting monsters from myth and nightmare will push her harder than she could ever have imagined.

But she’s just one young woman in the Templars’ secret battle against this new, cosmic enemy. She has friends in the rival factions—the Dragon and Illuminati—who want to help, but first they have to overcome the traditional distrust between them.

When the Filth comes in earnest, the Templars won’t be able to stem the tide alone.

Dark days are coming and with it the endless night.

TO SIR WITH LOVE

DEAD IN THE WATER