The word ***** cannot be used Feedback

Up until recently, we (on the PS4) had full nudity, and had done for years (I can of course only speak from the UK perspective) - I got the sense that the only reason why it has been removed was due to an actual bug. As for the crafting thralls, partial nudity was removed deliberately, but not (as I understand it) due to ‘prudish’ reasons , but simply because part of the community asked for it. The reasoning being that when ‘collecting’ a thrall in the first place it was sometimes difficult to…

The topic have bean up several time but the staff keep avoiding the topic. Anyone know what they destryes somthing most player liked?

They’re still there, you just need to know which factions to target.

No they al have the same boring lv 1 start cloth armor whot no spec crafting skills. 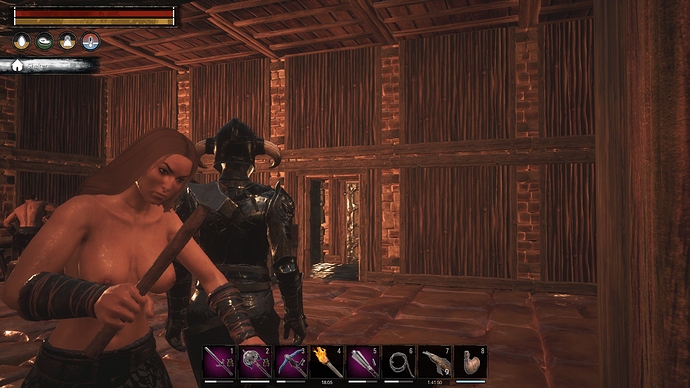 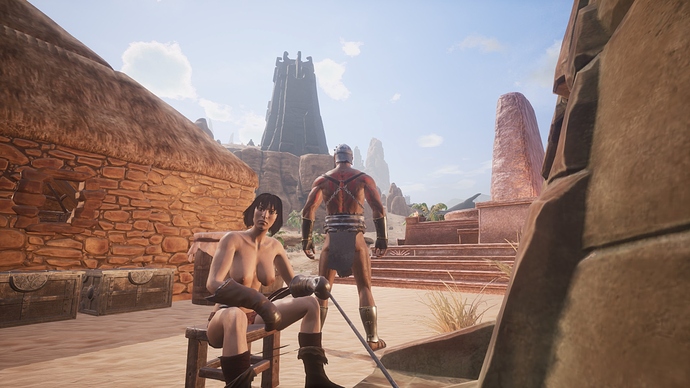 Now them all lock exatly the same whit no spec skills.

They’re not nerfed, certain factions have crafters that’ll wear crafter gear, other factions have crafters that’ll wear their faction gear - fur armour, vanir helmets, warpaint etc. Usually, it’s a mix of the two. Old original T4 crafters like Beri with no shirt got the specialization upgrades, so even though that version of her has been grandfathered, she’s still viable. T3 and lower crafters do not have a speciality.

They are totaly nerfed. to day they are almost useless all of them and if you need them you only need one of them. Yea its an microscopic chanse they have some of ther culture armor on but so so rare theyalmost dont exist and not spawn inte same goos variation is was b4. Yes Beri still spawn but lock exactly the same as the rest of them. And the nerf on t1-3 to, b4 it was a point to go lock for them just to find a good locking one to plase for decorations and so.

What Accursed or Æsir, dont understand?

A big problem is that crafters are mostly for decorativ purpus but as they lock to day they are not decorativ at all.

You have a link on that or what more variation have they added? Have bean farming for my altars several dayes now an have not sean any change.

You still damage carpenter, durability carpenter has its uses too, damage bs, durability bs, all 3 armorers, the rest are mostly optional and T3 would do.

Conan wiki. The 2 factions are from Isle of Siptah, so you’ll find them there. Or if you have admin access, they can be spawned in if you’re impatient (does not require the expansion).

A yes but thats a nerf on the crafters, all power is on the stations and you only need one iof the crafters and no need to colect them.

No point colecting them, not for crafting and not for decoration.

Working mostly in hte old world and on an official server so cant use mods to fix the problem.

With the old system there was no point either for me because I own all DLCs. Now I actually need to farm more to find the right specialization.

If you want to min / max, you’ll still need to collect crafters like pokemon.

Unless you liked to have the other armors to.

Whay they all lock the same? And on 99% we only se ther back on to. No craft or decoration purpus.

But is it more variartion on the trall armors on the sipta server? If so i just hope they can implent it on the old servers to…

I think people complained that it was a pain to get a certain named crafter (Armorer) to craft a certain set. So to make it easier, they relaxed the concept you had to collect all the various crafters to make various different sets. You will still need to get different crafters buff types (3) for armor smiths, blacksmiths and priests but you do not need one for each race anymore.