When is enough for the devs to actually step in. For real?

I love conan I like the graphics everything the game play and yes there are bugs. But the one thing I don’t is and we all know there are trolls but some people are worse then trolls. This will probaly be removed and maybe Ill be banned from posting but being canadian I was brought up to believe fight for fellow man.
For 3 months we have seen alot in this game and a tribe on our server 1930 has done everything they could.

Tacha states anything blocking players etc and undisputed etc they will be banned. Players have lost family in the army, in towers everything and have quit. These are good players who enjoy the game and not just a little over 60 plus. I was even told to pay 100.00 from this tribe to remove all blockings , the decay cheat around my base where they laid foundations and because i refresh my base i refresh there foundations. We told the devs this months ago. They havent fixed signs, they havent banned this tribe they just let everything go on. This isnt gaming? Been offered many private servers to go on, told stop whining etc but it’s not the point. When is enough enough we play to escape the bs in real life , i play cause ingame i can walk, run etc not rl where its wheelchair and pain for life. They said there is no support fine. Noone posted that when buying the game and second. This is blocking all the players from playing . I even offered which ill get flamed to pay these guys off so good people could comeback because funcom wont step up.

Yes nieve and stupid but when your housebound friends dont just jump out and some friends will only comeback when these players leave. When is enough enough tons of screenshots have been sent, player after player sent ticket and response nothing we can do. Just remove the fourms etc and hide what’s going on. Conan is a great game, but how can stuff like this be ignored how can they say things and not back them up.
Took us along time to remove these signs when infact the devs could have done something about it long ago, and forget fixing the sign issue, how can u let players like this play. No other gaming company would allow this. Atleast I know I tried … 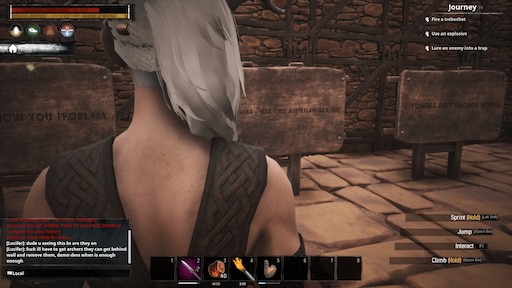 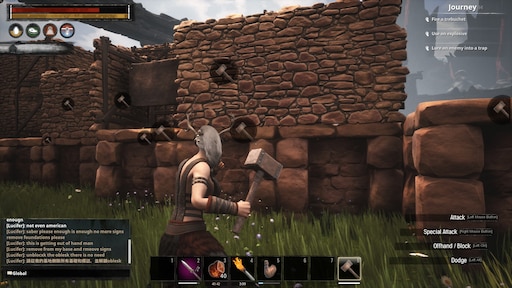 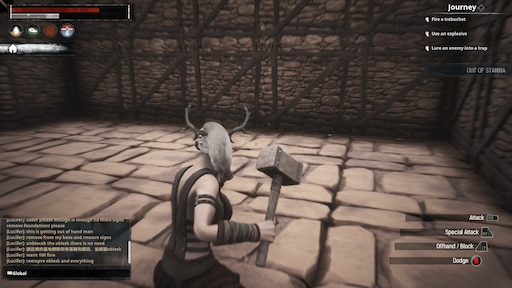 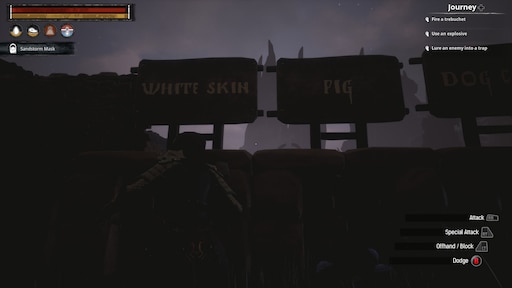 Can you stop? You have spent more time on these forums and possibly Reddit complaining about this official sever. Base upon your time spent complaining you could have already started over 2 other times. In fact I have started over on multiple servers.

Maybe you should try another server. I am just asking you to stop. I believe there are what, 50 posts about this same issue on multiple threads. You have derailed several topics and I assume you are just troll. Several great threads on unrelated issues have devolved as a direct result of this topic.

I am so sorry. But I believe I have read about this server problem 20 times. It’s not that hard to start over. Your refusal to move on is not related to this game or it’s development.

I will probably get banned for this but for me everyone else’s sake. Please stop.

Don’t you dare give up, ignore this player. It’s nice knowing having two family members pass at towers you don’t want these things posted in game. This daddydore is one of those who put heads in sand and lets world goes by. On behalf of my family Lucifer thank you.

Please don’t pay them that is extortion.

I’m very confused with what the family + army + towers means. The context eludes me, so much so that I just had to post and ask. My curiosity has been awakened.

Hate to say this but your feeding the trolls. The more you buck back the more they get a stiffy to harass you. Ignore em and they will go away. If they don’t get a rise out of you they will get bored and move on. Why are you letting them get to you? Don’t give other power to effect how you feel.

For months they posted signs saying kill americans, 911 towers plane goes boom boom (this what had me upset). They surround your base with signs to make you quit. It is why some people incuding family that have quit. People ignore them and they just add more and more signs. People ignore they get worse, many people have sent in tickets from other post I read but funcom removed the whole thread.

The more they ignore the worse they get.

To me that means the worse they get means they could be getting desperate as Trolls crave attention and they eventually leave if they don`t get it as all trolls have their breaking point.

You are right and I apologize to you and others as well. I am farthest from a troll, I have asked for a fix to the signs months ago I have ignored them and others ignored them. Tribes have left cause they post 15-20 signs all over there bases. 2) They state that anything interferes with the game they would step in.
They block oblesk and points of interest. You are right about starting over i can do 1-60 easily in 3 days it wasn’t the point. Point was devs backing what they say and for those players who have left due to this stuff. You won’t see another forum post about this because it was the last sign that proves funcom doesnt give a s***. Thank you for being honest and straight up. A tribe who asks you for money to leave the server the more I ignored the more signs I got. Thank you again for being honest and again my apologies

You are right and I apologize to you and others as well. I am farthest from a troll, I have asked for a fix to the signs months ago I have ignored them and others ignored them. Tribes have left cause they post 15-20 signs all over there bases. 2) They state that anything interferes with the game they would step in.
They block oblesk and points of interest. You are right about starting over i can do 1-60 easily in 3 days it wasn’t the point. Point was devs backing what they say and for those players who have left due to this stuff. You won’t see another forum post about this because it was the last sign that proves funcom doesnt give a s***. Thank you for being honest and straight up. A tribe who asks you for money to leave the server the more I ignored the more signs I got. Thank you again for being honest and again my apologies

Jeez man I read here all the time and this is the first I’ve heard of the severity. Sometimes you need to bring it up enough to raise awareness, so don’t apologize on my behalf. Sorry this is such a problem on your server.

Looks like first amendment rights to me. Honestly I am more offended by your name Lucifer than I am about the signs. I think you guys are perfect for each other.

Are you on a pvp server? If so…just go blow up the signs. Simple. If its pve…time to join a private pve with admins to deal with this. Funcom will not do anything.

Heres the original post. This should be fixed. The signs are one thing but blocking important locations on pve needs to be prevented.
https://forums.funcom.com/t/server-1930-pve-griefing

You have my compasson on this. Don’t apologize for bringing this up. I, too think Funcom is responsible for whats happening on their servers and you listed some things they should counter. Your topic needs to be addressd by Funcom.

When reading topics like yours, I start to think if Funcom should make some examples on some really bad players on their servers. Just to make the other bad guys aware of it. As long they keep silent, even if they do something in the background but with nobody knowing, this scum will think they having a fool’s license.

The only problem here is, you have to provide unambiguous evidence of actions, which offend Funcoms/Steams terms of use. Remember, this people have bought the game for real money, too.

Glad you find this funny and waste of time, clearly you have not lost a loved one during 911. Thank you for proving there are still inconsiderate and ignorance in this world. A person standing up for convictions and for others should not be made fun of. There is freedom of speech and there is idiocracy can you guess the word that defines you?

Notice they send me warnings but they don not warn anything posted negative about anyone else . Lucifer don’t stand up for these people hun, they are not worth it and it is obvious why people have left funcom for other companies find another game, them allowing players like maymay shows the type of people they want.

Wow. I’m not heartless, but this is literally just sounding like a broken record at this point. Also, it’s time to get over it… 9/11 happened. We can’t change that. Move on with your life. It happened like 17 years ago. If you keep letting stuff like all this get to you, i’m sorry but…

It’s time to move on with your life.

Unfortunately Jasim it IS a waste of time. Funcom have repeatedly locked these threads, they clearly have no intention of intervening in this matter. At this point the only person at risk of getting banned is Lucifer himself.

The question, however, is a valid one. They say they’ll step in for certain things, it would be nice to know what they consider enough to do so. We all know they don’t admin official servers, I’m rather curious what they would consider to be play breaking enough to take action.

I play on the same server as Lucifer, I’ve had no direct contact with the tribe in question, other than them blocking an obi, which I have taken by mistake a couple of times and lost all my gear, but that much is an inconvenience, not preventing me from playing. I try to NOT get involved, simply because we are talking about trolls here, the more noise you make they more they enjoy it.

Final word, funcom has repeatedly refused to do anything about this particular situation, usually locking the threads.

It’s time to move on.