So far I have only found one place I find super suitable. It’s a large plateau near the corner of bones in the Darfari area. 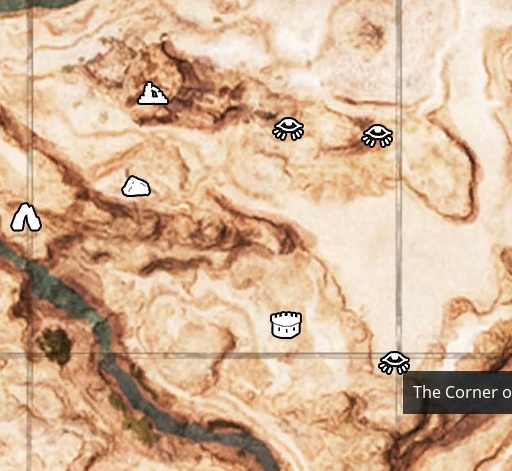 the castle icon on the map is one such spot that I’ve found that I like. Are there any more land spots like this that are large and flat in each of the different biomes? Maybe one or two in the forest biome. I’m trying to figure out where each of the dlc designs would fit in the best and kind of build large buildings or cities

I’m specifically trying to find somewhere nice and flat that won’t stop resources from spawning just like that first spot. I play in sandbox mode for now.

E12 for snow area…don’t think you have to worry about star metal meteors hitting there.
G9 for highlands
mounds area, not really, covered in trees. You could clear them out i guess in B12
B9 for western part
C7 for brimstone UC area
A7
Jungle, the biggest Isalnd is P7. There are some plateuas behind buccaneer Bay as well, and the raised cliff at the end of the river.

I’m trying to place the different dlcs in places that their building mats look like they’d fit. It’s just fun making places that I know I can wander to for safety in sandbox mode. Too bad there’s no way to make it like an interactive thrall city

Yeah, i wish for some “user” spawns as well in admin mode. I ran a private server, and the lack of that hurt on consoles for me. Be nice to put together dungeon/city with like 25-30 spawn points.

Build your villages, your towns, your cities. But do it offline, the other ppl on your server do not need the foundation and rendering lag as much as you think they do.

For now I only play in sandbox mode doing the other way it would be unfair. If I played online I’d keep my base small and simple.

The plateau where the jungle obelisk is on has pretty wide flat areas. It also has some Lemurian ruins with which to get creative when building around, on or in them. Yes, there’s a small, annoying no-build zone around the obelisk, but you could consider that a natural preserve or central park.

Don’t forget that all the water is flat as well.

On any public server, Official or otherwise, I’d strongly caution against doing a mega-build within render distance of an obelisk. Even on an otherwise friendly server, that’s a good way to garner the ire of all the other players, especially those with older systems that don’t perform as well.

In terms of a large space for a city though, I’d go with the large valleys south of New Asagarth. They’re quite pretty IMO.

I think they were talking about private/offline. Calm down.

On any public server, Official or otherwise, I’d strongly caution against doing a mega-build within render distance of an obelisk.

As would I, but I understood the OP is playing Single-player.

Thank you for the space suggestions everyone. And yes, I am playing single player. I would never bog down a large group with a large space. That’s just bad manners to the online community

I find C7 to be one of the flattest areas on thr map, plus its next to brimstone and unnamed city so you get this bonuses.