Where to put a map room

After spending an absurd amount of time questing for gold, I finally got enough to build my map room (although I still need to go get a bunch of demon blood, which used to drop all the time and now seems weirdly rare, but that’s another issue…)

The question is: Should I just put my map room in my base, or is it time to build a secondary base in a different location and put the map room there?

Right now I’m on the far west side of the map, directly west of the brimstone lake. There are a few other bases nearby, one of which has an accessible map room (and this is PvE,) and I’ve seen a few things on here and Reddit suggesting that it’s a good idea for people to place map rooms near each obelisk on any given server, which makes sense to me, but I’m soloing, so that would mean that I’d have to travel to my secondary base and back every time I play to make sure my stuff doesn’t decay, which seems like more trouble than it’s worth.

What are your thoughts on this?

I’d put the map room at a place where you visit often. If you have a single base, then that’s the smartest place for a map room, since that’s where you’ll be visiting most of the time. Of course, if you have someone else’s map room at your disposal within a convenient distance, having your own there would be redundant.

So from that point of view, and since your base is close to an obelisk, it might make sense to build your map room near another obelisk you visit often. That way, you can teleport between the two easily.

And remember, map rooms can be picked up, so even if you decide your chosen spot wasn’t ideal, you can move it elsewhere when you feel like it. Just remember to build a big enough secondary base that the decay doesn’t catch your map room by surprise.

Unfortunately (well, unfortunately for you, fortunately for me) I managed to collect so much demon blood before they reduced its drop rate that I haven’t paid attention to what drops it and how much - I still have chests full of the stuff in several bases of my own. I’d try something that spawns 100 % (such as a Rocknose king), but wandering the shores of Noob River for corrupted shalebacks might work too. At least both of these are easy to kill. Then again, your base isn’t far from the Unnamed city and the Red Mama…

make sure to put enough foundation under your maproom so your dacay time willl me 168hours. if you dont know you can check that time out with the repair hammer. higher tier foundation lasts longer - so you only have to visit your maproom once a week

IF you are going to build a second base then I would put it there considering that you have access to a map room near enough to your current base.

Okay so regarding the foundation thing- When you say “enough foundation,” are we talking like putting multiple foundations on top of each other, or using stonebrick instead of sandstone, or what? Like I can check as I go but I need some guidance there.

I also have a ton of black ice, so I guess I could use that too.

Also this is all good stuff- knowing that I can move it later definitely helps!

placing foundations under and around a placed object (vault, map room, torches, palisades, etc.) will add to the decay timer. connecting them horizontally instead of vertically would be better for creating a “pad” for the map room to sit on. I would create a 4 ring circular pad, but some people use rectangles.

if you have someone else’s map room at your disposal within a convenient distance, having your own there would be redundant.

Gonna have to revoke your PvE cred there, Kap. Everyone knows that on PvE servers there need to be a minimum of 3 maprooms within 60 seconds of every obelisk, preferably 4.

OP: I have good luck getting demon blood from large snakes, dragons, and corrupted animals. Also, some of the larger rocknoses will drop demon blood as do the sandbeasts. Failing that, you could always try asking in chat. If it’s like the server I’m on, most of the alphas will have enough demon blood to fill Olympic-sized swimming pools and won’t bat an eye at sharing.

In terms of placement, I usually locate my first one at my base for convenience, then I’ll place others at the end of popular farming routes: outside the gate of NA, near Frost Temple, in SE K5 (spawn at Dregs, run east scouting for Exile T4 crafters, teleport back). You could also ask the other players on the server if there’s a good spot that could use one that doesn’t currently have one.

As for “enough foundations” they simply mean to use enough blocks to get the decay timer maxed out. (FYI, you can hold “Tab” and look at a block to see its decay time if you don’t have a repair hammer.) Also, it can help to pad around the edges a bit so that if a purge wanders by, it chews on the outer edges of the foundation instead of hitting the maproom itself. And yeah, black ice would be perfect for that.

1st maproom ALWAYS at base !!! This will save u a ton of time travelling wherever u like to get the best spot for harvesting things…
Second near the place u harvest more… extra bonus would be not to be far from nearest obelisk…
Demon blood is quite easy to get…
The big snake at arena and triumvirate temple in unnamed city will provide more than enough… with 20 survival u get more than 200 per kill if u use a high end pick (acheronian-obsidian-star metal - with tool upgrade)… bonus info, u can drag the big snake that is at arena entrance up to the edge of entrance, but cannot exit arena, so u can safelly bow it (along with an archer thrall with no melee weapon)…also Burrow King gives around 90 with same pick with 20 survival after the 1st kill so u can gather around 200 in less than an hour…

The maproom needs a platform of at least 8x8 to be placed so 99% the timmer should be ok… ofc there r less demanding builds for a maproom… but for now a square or round platform should be ok… the higher tier these r the “safest” from purge should be… do not forget to pick it up when u get purge there (if needed, u can place it a bit further away)… and one more advice… craft 20-30 corrupted stones more… u will need em for repairs from time to time…

something like the following examples should work as good foundation, or like ragnaguard said just an 8x8 square platform if you dont mind the look of it. i dont know which tier is needed but if your brick is not enough just add more to the sides like in the third picture, check it out with the repair hammer 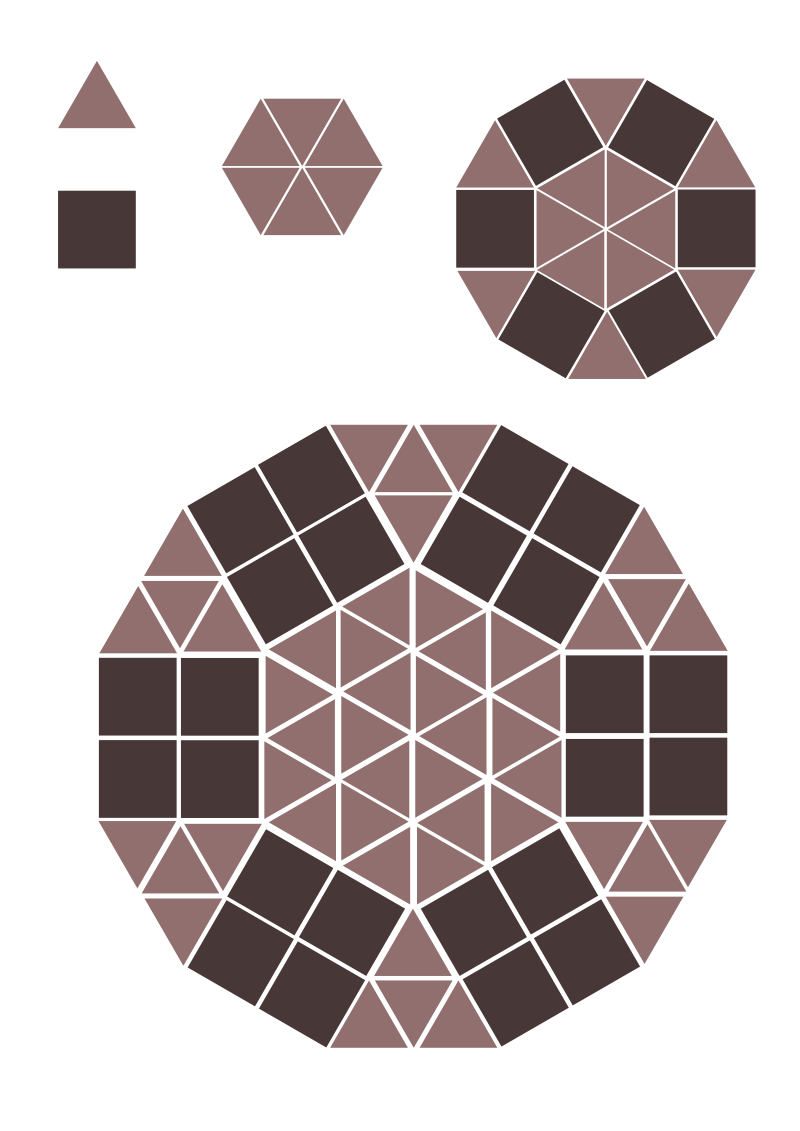 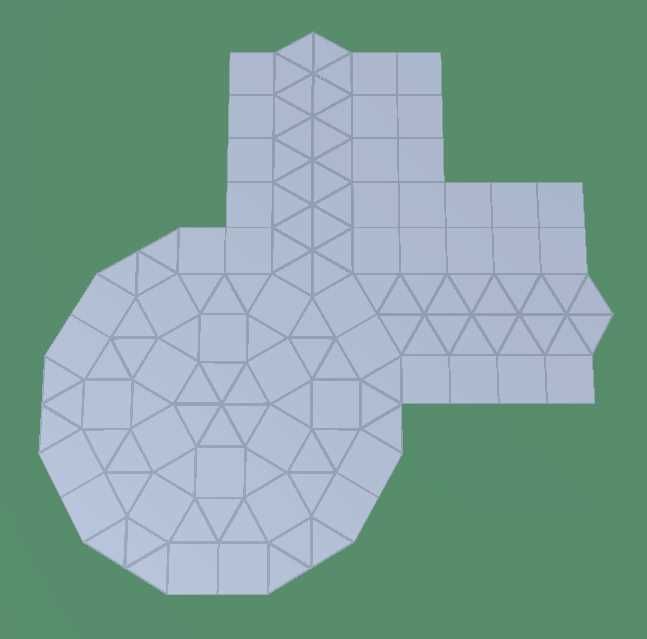 It does not matters if u lay one or two foundations… a tip when u have two diferrent tiers, to place strongest tier down. Anything placed above the 1st will also crumble when lower foundation gets destroyed, so u need lower ones to be the more resilient… another good idea if u r short on materials for high tiering the whole platform is to build a sandstone inner platfrom and get as higher tier as possible on the outside perimeter of ur build… for my 1st maproom I would just go for a square platform and not a rounded one…
As for demon blood, read again my 1st post… one question:what level u r now?

@Ragnaguard you playing pvp? the only thing which can destroy your lower foundation is a perge and i havent seen one at all and i think even with perge it does not matter if your high tier is on top or on the ground. i would go for the hightier where you can see it, looks better. but i guess thats a matter of taste. i like the rounded platform more too.

my tip: just decide if you want a square or a rounded platform and start building with sandstone. than use your repairhammer and look at the dacay timer. if its below 168h go for hightier or a second layer. you will see the difference in the dacay timer immediately.

No I play pve mostly, so my advice is from pve perspective… the OP said there is an open maproom at a base nearby, so I assumed its pve also the tag is pve and I answered from this perspective…the maproom needs only a “cross” of ceilings (4 in each direction from a square foundation )and can be placed (in reality maproom needs 1 foundation and 16 ceilings and can be placed… the square or rounded platform is only to make things easier… and true in pve ur build only can be harmed by purge or decay

And personally if I was to place it higher, I would build walls and ceilings, so I can have an extra space for storage or logout when I need (I have maprooms like these in the server I play on)

Demon blood from Set’s Serpent in the Unnamed city is amazing. This boss can be easily tanked by a follower, it doesn’t do AoE damage. And with survival 30 you get 150 to 250 blood.

And after 15 minutes it respawns.