Why are there no Stygian buildings?

Probably more of a wish, but Stygia was the main nation that Conan was set against in his world why is there no dlc for their buildings and clothing and such yet?

May be all “vanilla” buildings for warm biomes are Stygian already?

People (including myself) have indicated a desire for a Stygian-themed DLC in the past, so I’m sure they know there’s a demand for it. On the other hand though, I can also understand it not being a terribly high priority at this point considering the Stygian armors, weapons, and placeables already in the game anyway. So even if there are any plans for one, I imagine they’d probably want to cover other cultures that don’t have anything in the game yet first.

If you can use mods, there’s always Stygian Building Kit, which I think is very nicely done.

Don´t the tier 2 stonebrick buildings resemble the sepermeru buildings a bit?
Sepermeru is supposed to be stygian style, a little like phantasy poor man´s egyptian huts.
Don´t you think? 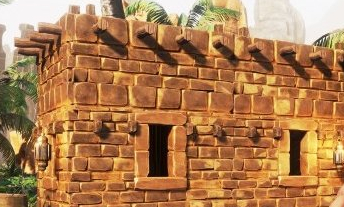 Stygian is Egyptian-inspired, just like all of Howard’s cultures drew inspiration from real-world cultures but were not 1-to-1 carbon copies.

And yeah, Sepermeru-style is what Stygian probably looks in Funcom’s vision. I admit, it is pleasing to look, so I hope we can get some of those building pieces for our own use at some point.

The stone brick are alright, but I picture tier 3 being something more akin to what would be in their palaces etc… Almost every tier 3 building piece looks like what the elite / wealthy would have in each of the cultures. Here’s hoping that they eventually manage to make building pieces for a lot of the races as well as clothing and things like that.