Will crossbows ever return?

I remember before cross bows were in the game before the battle update. They said it will return but i dont think a reason was provided with why they were removed last year.

They were bugged so they removed them from the game until they could be fixed.

I seem to recall a reason being given, but I can’t recall just what it was.

I do know that if and when they do bring them back, it’ll be more than a case of just making the feats available again, because even when you can craft them (such as through a mod), they shoot really wonky. I don’t know whether that’s due to changes made to how ranged weapons work since they were taken out or if they were always like that, but as it stands they’re not really good for a whole lot besides neat-looking wall decorations.

Frankly, as much as I love crossbows, I don’t know how to make them in the game in a way that would feel “right” and still be balanced.

Realistically, loading a crossbow should take a significant amount of time - time that a player doesn’t have in the game, considering how quickly the opponent can cross the distance into melee. Whereas a bow-using archer could dodge-roll away, draw and release and feel like an action hero, winching an arbalest while rolling on the ground avoiding sword-thrusts would break the immersion.

So the crossbow should probably manage to fire only one or two shots before the target reaches melee range. To balance this, the damage output should be high. But how high can it safely go before crossbow-snipers dominate the game?

On historical battlefields, crossbowmen were strongest when they could take cover behind pavise shields - an advantage traditional longbowmen didn’t have. But in Conan Exiles, we’re all fighting as single combatants, and most targets are highly mobile and will want to rush at us instead of shooting back, so this “mobile cover” wouldn’t be very effective. But I do find the concept of an auto-blocking shield during the reloading time kinda neat, and would be situationally useful against groups of NPC archers.

Whats balanced though? tap tap tap on the right mouse button with a spear causing stagger lock and repeatable without a cooldown if your taps are timed and if you are using a stam regen then infinity repeatable without exploiting. There has never and I mean never been balance in this game. There is a reason most people use pikes and daggers and its not because its what they want, its what is effective. Not all weapons are or should be equal but if pike have been allowed to dominate this long who am i to oppose ranged.

Take me for example: I like great swords and Im forced into using great sword pike combos because everone brings a pike lol. So the first stagger i get on ur butt im throwing out a light combo and then breaking the animation and pike staggering you to death until stam is to low and then I drop the uninterruptible heavy combo. All that time u were stuck just looking at ur hands and wondering why your mouse wasnt working.

Crossbows were laser beams, and IIRC if you only toggled your weapons you were set to send another shot. After the Combat System came in, we lost the ability to insta-repair damaged weapons and tools. Now we’re all used to having a “repair gear” and a timer. I think we could avoid crossbow spam by enabling such a system, as long as the loading gear/icon keeps you from hitting another hotbarred crossbow.

Just because some weapons are not balanced right now doesn’t mean adding more unbalanced things would be OK. It would simply shift the meta from one broken option to the next, more broken option. Not good game design strategy if you ask me.

sure maybe your right but maybe after 2 years of only having a spear as a viable weapon we just dont give a darn anymore. Ill take a rubber bat if it gives me an alternative.

I think you nailed it.

While i still love see crossbows, simply introduce some to have some isn’t the right thing to do.
In most games they’re bit tedious and buggy. And in CE the should only be added if they bring something more to the gameplay, and could be used in a good way.
Things i don’t see hapening that soon.

I for one would really, REALLY like to see Crossbows make a comeback in this game. I dont buy into this whole realism argument that they would take way too long too reload in a real battle, or they would need to be deployed behind shield bearers, etc. All too often nowadays, ‘realism’ comes at the expense of fun, and given the choice, I will always opt for fun. As long as it doesnt have a fire rate faster than a Mac-11 and never needs reloading, who cares. Just give us a handful of Crossbows with a damage rate higher normal Bows, but also a slower reload speed. Then either use them or dont.

I wonder if there is Something Particularly and Entirely As Ridiculously Super powered now?

No, omg im laughing hard. Crossbows were never OP. they certainly wernt ever laser beams. They removed because the devs couldnt fix the infinite ammo no-reload bug. Dont tell fish stories man. Not when it comes to mechanics. Save those for bragging about raids.

Laugh it up, kevbal. I know you remember when thralls were actually really competent. Prior to Patch 32. During this phase crossbows were indeed laser beams, pew pew. In fact, Oscar himself called them so when he said crossbows would probably not be returning, in the Dev Stream during the testlive phase of the Combat System. 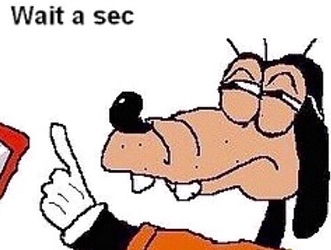 Ive never played a single patch where thralls were ever a worthy opponent. Is this some testlive bs or what? The AI in this game has always been as smart as a bag of hammers.

Prior to/around Thrall Inventories are considered the glory days for me tbh. I have tons of footage of good fights, excellent thrall-taking by thralls and some fairly epic deaths at the hands of other players’ defenders.

Interesting… Yeah I’ve not once experienced anything like that. If you have this uploaded somewhere I wouldnt mind taking a peek.

That actually sounds like a good idea. I was peeking at my archives the other day, where I had been running thrall drills near Marauder’s Muster – remember when there was a T4 priest spawn? That should just about date the moldiness of the gameplay. I’ll let you know when/if any of it goes up. I have often lamented the great change that happened around Patch 32, but we had to move on, right? IMO they are getting better now – but once upon a Hyborian tale crossbow + thrall was competent, raining fire around some bases.

Picture the scene from Agincourt in Henry V, especially the Branagh version.

One thing I remember hearing Oscar mention in a stream way back when was that the constant state checks the server had to do with crossbows was one of the contributors to desync issues.

Well to me the logical solution here is to simply tweak and re-adjust it rather than simply throw the whole concept on the scrap pile. This bears many similarities to the current state of the Dismantling Bench. Yes it has issues at the moment, but surely it is a better idea to simply re-work it, rather than remove it from the game entirely.

I know you remember when thralls were actually really competent. Prior to Patch 32. During this phase crossbows were indeed laser beams, pew pew.

Sorry Barnes, but Im with @kevbal on this one champ. The thing is that we dont live in that pre-patch 32 world anymore. Nowadays, most thralls are more likely to struggle with the concept of equipping it than having accuracy skills which would be the envy of Chris Kyle. If anything, that says to me that the thralls accuracy needed adjusting, not ‘Crossbows have to go.’ The point I made to Kapoteeni rings true. Instead of scrapping them entirely, re-work and rebalance them and return them to the game.