is it me or did they say they will bring them back the crossbows and crossbow thralls to the game along time ago where they removed them becuse there was some bugs but i cannot find anything about them anymore.
is it true they never will come back agian

is it true they never will come back agian

At this point? Probably not.

Crossbows… man, I completely forgot we even had them.

its has been so long time sins we had the them in conan exiles i hope they will com back very soon, becuse how long are we gonna wait for them to come back

The only thing that would improve that pic, is if she were riding a unicorn with pixie wings.

Less than a week ago, I saw a crossbow in the Exiled Lands

But it cannot be used… 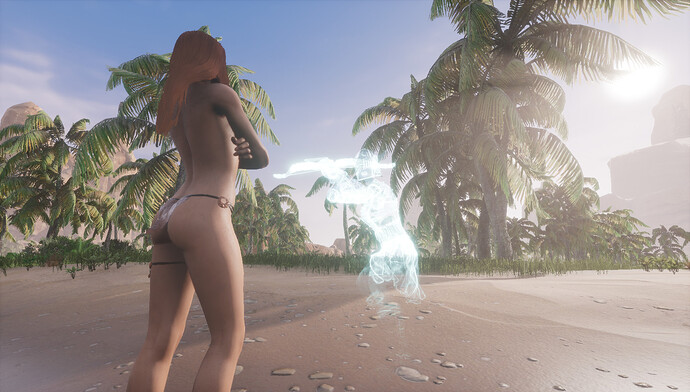 I even wrote a short story about it ( Sharp Jealousy (single) ) - I was supposed to publish it later, but since the topic came up again…

Doesn’t really matter what they said in 2018, as its been brought up a hundred times since. No plans to bring back crossbows.

Crossbows were part of Conan Exiles during Early Access (2017-2018). They were later removed for the overhaul to the combat system (which occurred just before official launch in May of 2018). The game in its current state doesn’t really have a concept or system in place where “reloading” exists, which is a key feature necessary for a Crossbow to work. Glaucon said that to properly do Crossbows again, it would take significant effort to adjust the combat system to accommodate the mechanics necessary for them.

While possible to do, this isn’t something that has as of yet been prioritized since Bows fill the range combat role already. He said that they don’t feel like Crossbows give a compelling enough difference in gameplay when compared to what already exists and the work involved to properly do them justice and support them. That doesn’t mean “never going to happen” either. Glaucon says they have a very large list of things they want to do. They look through their list of things they want to do, and determine what they have a realistic amount of time and resources for, with generally the top of the list being worked on soonest. From there, they constantly reevaluate what they consider the top priority, and what gets pushed down.

I hope we get them back, what ancient sorcerers without crossbow guards?
Smth like gastraphetes from 420-285 BC. 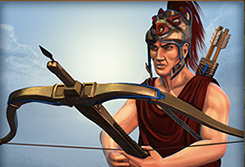 I have played games that have crossbows and most of the time a crossbow can do double the damage of a regular bow. but from what I understand bringing them back to the exiled lands would take a lot of work and I’m sure they have it somewhere in their list of things to do with the game. So just be patient fellow exiles.

But if and when they do bring back crossbows I’m very sure it will be worth the long wait.

we are in a chapter related to wizards. have you ever seen a wizard with a crossbow?

I’m not saying they will be added in this age but maybe in a future age.

They will possibly be added during an age related to war or something in that category.

Much like yourself Supertiger34 I really want to see Crossbows make a return to Conan Exiles. Now if memory serves me correctly, they were removed shortly before launch, meaning that as a console player I have never had the pleasure of using them. And based on what other early access players have told me, it was possible to cancel their reload animation by unequipping then re-equipping them, making them almost rapid fire compared to Longbows. Then to compound that, they had a LOT of knockback. With that said, I personally feel that it is worthwhile giving them a rework, and certainly other wepons such as the claws and great axes have enjoyed full reworks. But until such time, I do wish that Funcom would add the current, unbalanced versions back in the Admin Panel so that Private Servers and Singleplayers can still enjoy them.

I want them to be powerfull, expensive, slow and way long raged. Serving as a ancient sniper rifle - need some skill to hit smth, but if you do…
This would be cool addition to base defenses (thralls with crossbows, who can hit really hard from long distances (50m).
Some kind of portable ballistae turret.

That is the opposite of how crossbows work. Their bolts are smaller and lighter than arrows, so they are much more susceptible to drag and have shorter range.

A ballista siege weapon would be different, of course, but handheld crossbows should be short-ranged.

One thing that that should be added is first person combat