Will DLC items be fixed / develop along with the base game?

There’s quite a few issues with the Aquilonia DLC, many of them visually minor but there’s a couple that stand out as genuine ‘please fix’ items.

Will the DLC items actually be updated with fixes? I know this seems like a redundant question and I assume the answer is yes… but with so many issues in the base game and having big new things coming in testlive I’m concerned all these “supporter” DLC issues aren’t a QoL focus.

You can add that many of the pieces lack “breakable” meshes when destroyed (not a huge deal, but still).

I would like to add that the Aquilonian gate only allows walls placed off of it to face one direction. They can’t be flipped like on the vanilla gates.

…and this thread right here is proof of why the argument that cosmetic DLC only takes up artist time is false.

Bearing in mind I don’t really have a problem with the DLC, but let’s not kid ourselves that it doesn’t “cost” anything in terms of lost focus and other resources that could potentially have been spent on fixing long-standing bugs. The counter argument of course being that without DLC, the game might stop being profitable much sooner and we’d get no bug fixes at all. Which, fair or not, is often how the world works.

Joel Bylos mentions why they can’t just copy/paste things to make reskins of building pieces (or armor/weapons) in the Firespark interview. A real shame, since it would have made the DLC MUCH easier for them to produce. Perhaps it’ll be addressed when the upcoming optimization fixes for buildings comes. One can always hope.

Don’t forget you can’t queue any of the DLC items. When you attempt to, either on a armourers bench or building items made by hand, it will queue, then cancel everything in the queue once it moves to the next item in said queue.

Also the Khitan Tapestry won’t hang the correct way on all surfaces. It keeps flipping itself back to front. Banners you can walk through. And also the triangle ceiling tiles from the Aquilonian DLC has gaps in-between them and they don’t look good at all.

Making a note to cross-reference this issue list with the reports we already have noted down.
Thanks!

I would like to add that the Aquilonian gate only allows walls placed off of it to face one direction. They can’t be flipped like on the vanilla gates.

I’m having trouble recreating this one, as you can see from the picture here. Does this bug happen for you in online play or single-player? 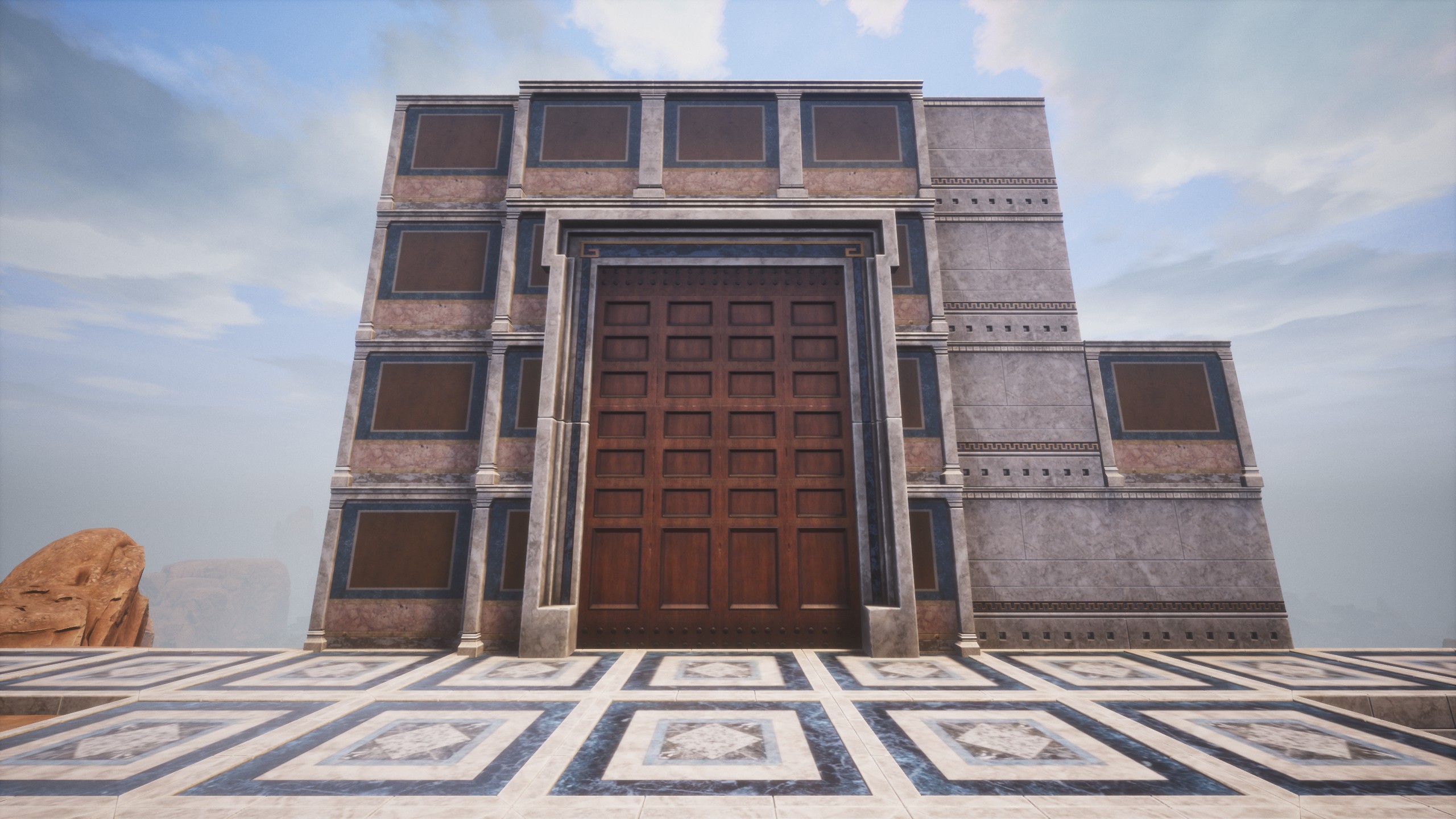 I checked this one too, by spawning in every single placeable in the admin panel and was able to place all of them on both the writing desk and the vanity table. Does this bug happen in single-player mode or online for you guys? 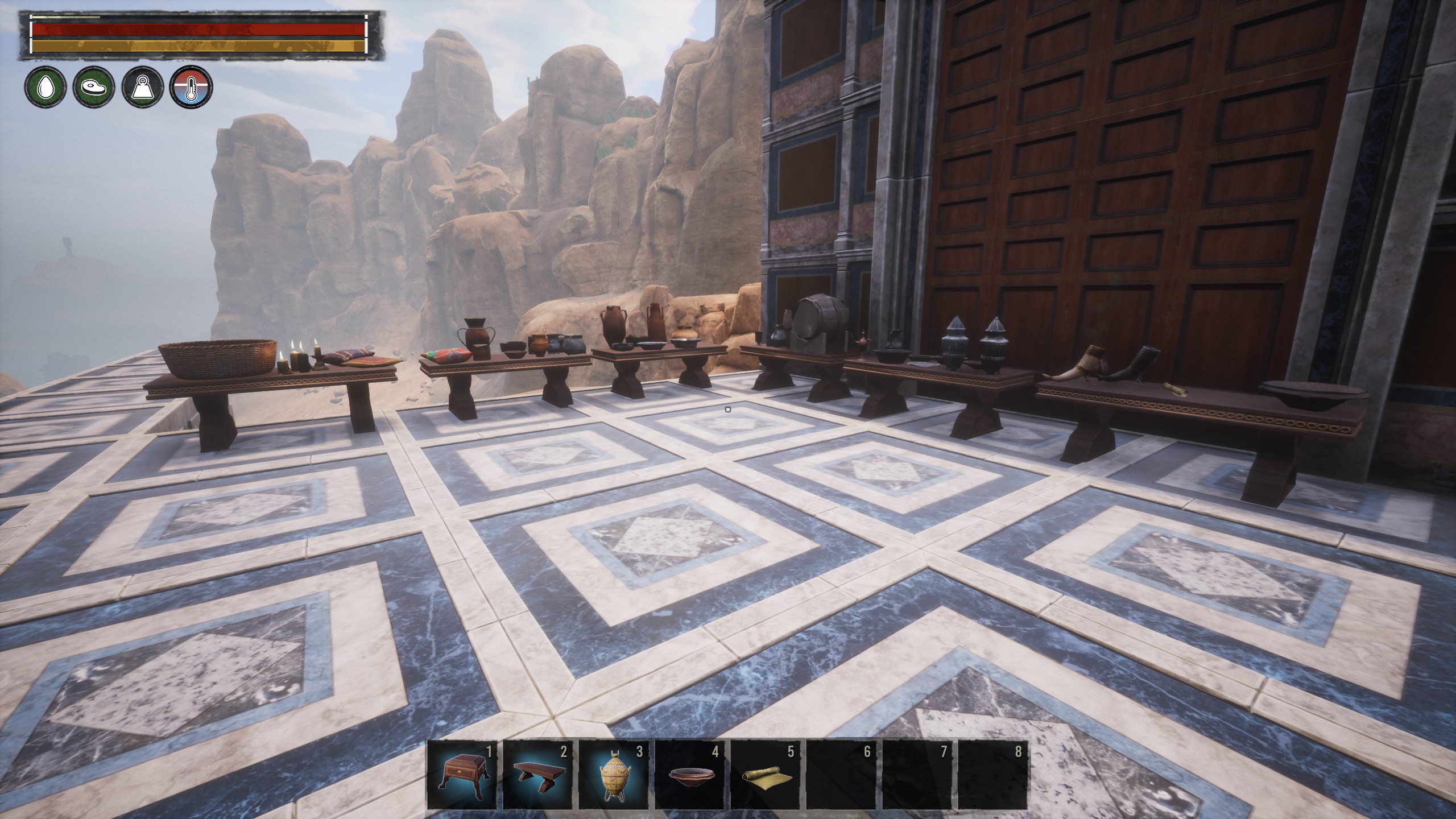 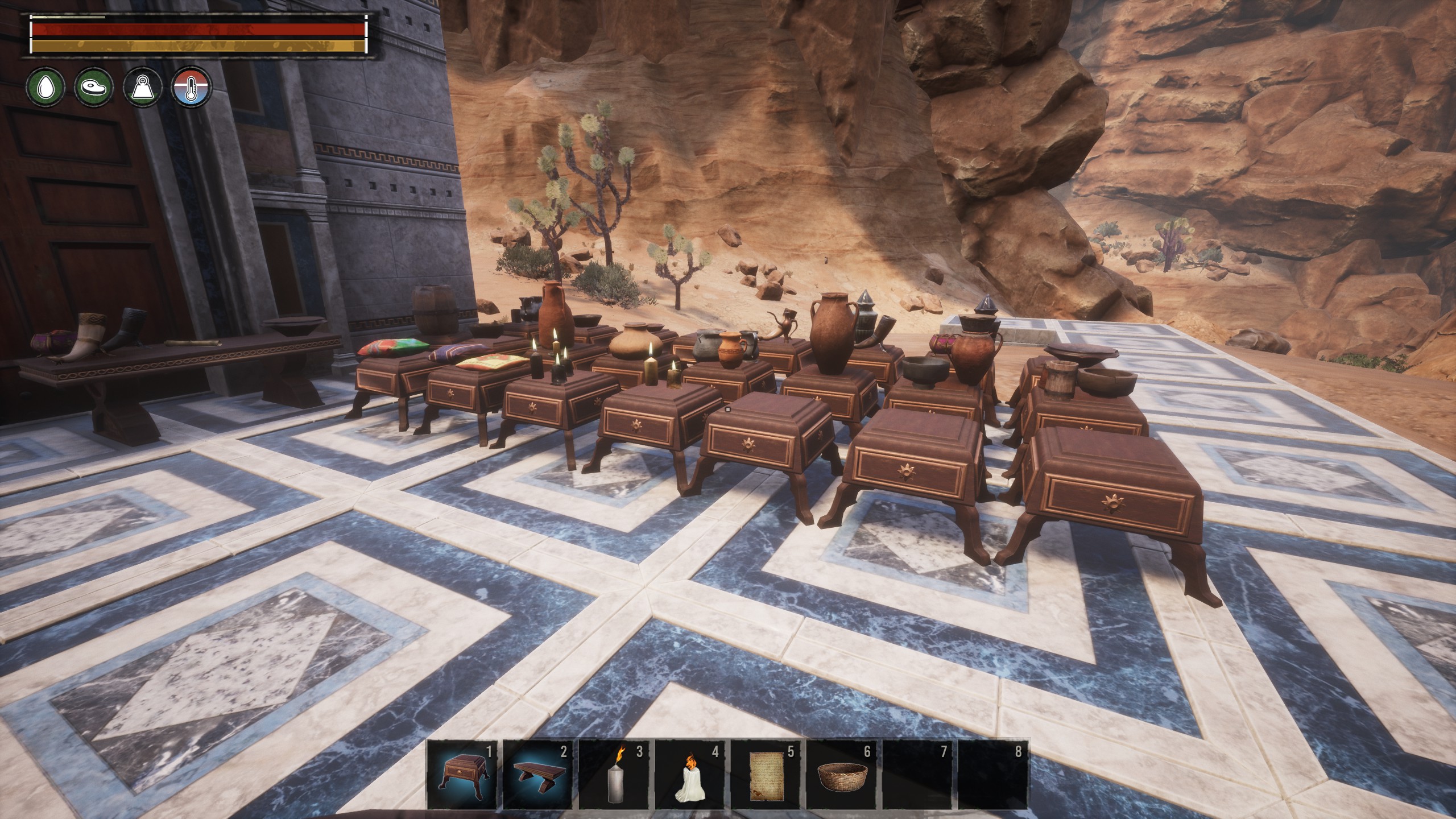 I have trouble with the gates on both Testlive and Solo, when making the wall come at a 90 to the gate. If you place the walls first, there’s no issue, but after the gate is in place, one side cannot be flipped. 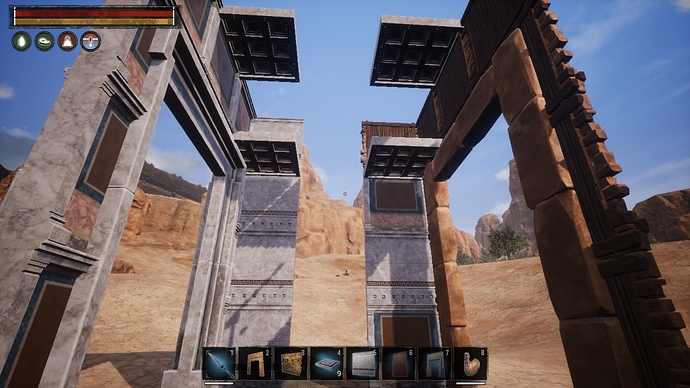 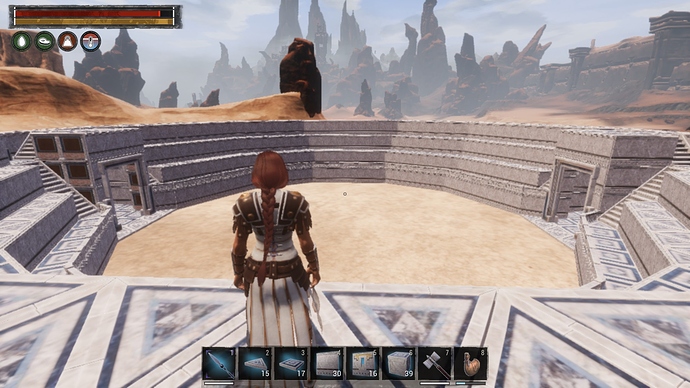 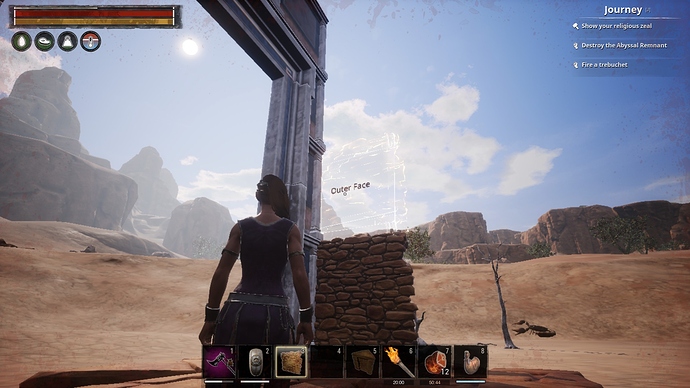 Wow it’s really pleasing to see y’all trying these bugs out and asking us! Thank you!

I should be more clear. Many of the jugs/pot/etc have to be off center by a visiable amount for it to be placeable on the Vanity Table. Either that or they can’t be placed where you want them. There’s only about thee pots that can fit in the middle and the rest all have to be off center.
I can see in your screenshot you have the pottery off-center, try placing them right in the middle.

Same deal; items have trouble being placed and seemingly arbitory locations are off limits for placeables. In the image the pot is rotated just 1 click. I know the Journal (placeable) is terrible with this, it was easier to place on other tables. Larger items like barrels and chests fit on great though.

I have trouble with the gates on both Testlive and Solo, when making the wall come at a 90 to the gate. If you place the walls first, there’s no issue, but after the gate is in place, one side cannot be flipped.

It wasn’t clear from original post that you meant placing the walls at a 90 degree angle, so I didn’t test for that. Thanks for clarifying.

Thanks for clearing that up for me

after the gate is in place, one side cannot be flipped.

I can confirm having had the same issue on occasion. This was in singleplayer, when testing out some builds. Haven’t placed any Aquilonian gates in the Live game yet, but I imagine the issue would be present there, too.

These two I’ve experienced in online play on official servers:
Issues with placing walls next to stairs - but doing it in the opposite order is fine (walls first, then stairs). Usually not a problem to work around once you know (building system has many little gotchas like this), but a recent purge left me with a lot of holes (destroyed walls) that I couldn’t replace without tearing down otherwise undamaged stairs.

Similarly I had to destroy one of my altars because replacing destroyed foundation pieces underneath it was not possible. The last one is no big deal: while it probably qualifies as a bug, I chose to see it as the lost foundation piece having damaged the altar, even if that wasn’t strictly speaking what happened in game terms.

For the build queue, if it’s only 1 of something that is queued, it will work, but as soon as you queue 2 or more (beyond the first item) it’ll fail when it change over from the previous item.

Edit: it doesn’t matter where the build queue is: eg, personal build queue, armourers bench, etc, every queue has the same bug.

eg:
first you queue up 10 foundations, they’re fine, and will keep going until they are done, then move onto the
the next item you had queued was a single ceiling, it’s fine, it’ll make it, and move onto the next
now it gets to the 10 wedge foundations, and decides it’s had enough of your ■■■■, and quits.

My mistake for not clarifying or being more descriptive. I had those first screenshots from when I had reported it right after the Aquilonian DLC was released.

Issues with placing walls next to stairs

Can confirm the stairs issue, this also happens with roof peices. However it’s not just limited to Aquilonian parts, thatched roofs and I presume the other roofs also have that issue.

Since funcom fellows seems to be reading this thread I’ll add another:

I reckon this DLC just need a bit of TLC, overall it’s great but all these minor issues make it feel messy. I presume due to the activity that my origional thread question’s answer is “yes” and that it’ll all be part of the next QoL hotfix, or atleast the minor issues will be.

I can confirm the stairs thing. I thought walls just couldn’t go next to stairs, then built a structure in sandstone and it worked fine, while you couldn’t place walls after stairs in Aquilonian.