I like building in Conan Exiles and one thing I would like the devs to consider is a foundation made of water. This would be used for creating pools, ponds, fountains, etc without having to build your structure on top of a body of water. I am envisioning a square or triangle “foundation piece” that would only work as a filler for a series of already placed foundations. The foundations are stackable as long as there are solid foundations/walls around them to keep the water in; much like a traditional swimming pool. If a player goes inside the water block, then they would either swim or tread water depending on how large the pool is. Would anybody else be interested in something like this? 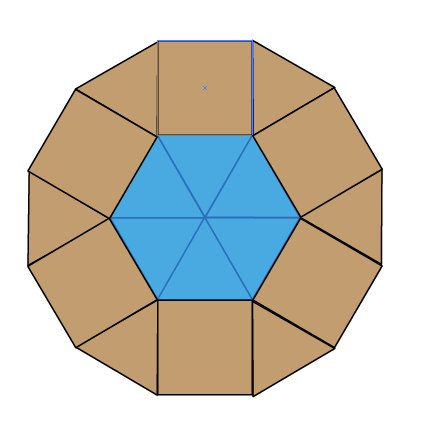 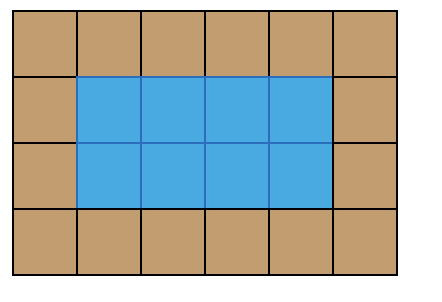 No! This isn’t minecraft. The Exile land isn’t a paradise.

This seems like a really good idea, not just from a roleplay perspective, but also general gameplay, as it could be a source of water. Here is where an exploit lies in this idea, if it’s craftable, it would logically either require full waterskins or Water-filled Glass Flasks, unless it consumes the waterskin or glass flask in the process and not just the water within, just one could be used to craft a limitless amount.

The problem is the foundation blocks are not really solid blocks.

Imagine a wire frame with a canvas covering it, you can paint the canvas anyway you want but it’s still just a wire mesh.

Putting blocks of mesh together, there is no easy way to tell the game engine to ignore part of the mesh, but not another part, it’s called collision.

Problems with collision are the reason undermeshing is able to be exploited.

Now before someone says Minekrap does it, Minecraft pieces are just “cubes” 6 sides, the objects in Conan are much more complex, hundreds of “sides” of just 1 object. More vertices “sides” the more computing power necessary.

And I didn’t even mention the extra coding necessary for Hierarchies, the thing that lets one building piece snap to, or stack upon another.

So collision and telling the game engine when to turn it on and off, is the roadblock for this idea.

Don’t get me wrong, it’s a good idea. It’s just not a practical idea.

Just because it’s the exiled lands it means the people there are too incompetent to use a bucket to move water from one spot to another?!

I personally would love to have a way to place water in holes between foundations like in the first post, would open up so many possibilities for new builds.

I’ve been thinking about how this could be done, I used to do this kind of thing.

If you made the area with foundations, maybe some type of liner could be made, like how a fence foundation works, line the opening with them and when they form an enclosed space then maybe the area could fill up, like a well?

that would get around the collision problem.

The only thing is this could be used as a griefing tool, surround someones base with it and the base area fills with water drowning the player inside. maybe a limit on size might stop that from being possible.

I was thinking that it would consume 25 water-filled glass flasks to make the cube. It would be decorative only; you can’t drink from it as trolls would just go around and drink up all of the water.

Unfortunately, I play on Xbox One so I can’t use your mod to try this out.

So I get what you are saying about collision. But I was thinking of a work around. What if the water cubes in cube form are just for placement only. In the circular example in my first post, once a player fills all 6 triangle foundations in the circle, they can interact with it and switch it to water as it is currently in the game. Think of the water blocks as large ice cubes and when you interact with the ice you can “melt” it changing it into water. I am sure the game can handle swapping some specialized foundations with the water it is currently using (with some modifications like make it undrinkable).

Your idea for the “liners” is an interesting work around but as you said there would need to be some kind of limit to prevent abuse.

the way water works now is it’s just a flat mesh, with an indicator for what effects should occur,

so having this mesh “rise” would be simpler to do than change a bunch of foundation.

at least it would be for me, but I haven’t really done any of this kind of work for 10 years
I’m sure a lot has changed.

It more costly to add this option. To you it a simple idea. To the funcom team it would be a difficult task. So much coding. Then the bug/glitches. Finally the bug/glitches fixes. I see it as pointless and a waste of resources. Plus it reduces the difficult. This idea adds easy raiding and easy raiding defense.

that actually incorrect you were wiremesh and collision mesh are two different thing entirely.

that actually incorrect you were wiremesh and collision mesh are two different thing entirely.

I retired 10 years ago, and I didn’t work on games, I did the model overlays and Animation, for video shorts or flashes. not to be confused with Flash games.

I did say things could be different from the way it was when I did it.
I just sited an example from what I remember.

Edit: sorry I got called away in the middle of this.

Most of what I worked on was figures, rather than cubes or simple shapes.
So I totally forgot a property need not be shared across the entire obj

Seems like it would remove the need for wells and make finding a water source easier than it already is. I haven’t checked recently but I’m pretty sure the Mitra religion offers a fountain of refreshment, so water sources are already available without adding a pool.

I don’t know what game you are playing. But my castle is the lap of luxury and decadence as a Vhendyan princess would require.

Seriously. My home is a splendid display of silks, gold and the finest home furnishings.

As it stands I fought, killed, murdered and maimed to make this lavish palace and frankly I’m not sure I would take off my bracelet. Because I have created a paradise.

So I’m swell with water blocks because I also would like a pool.

You could also make moats

What stopping a player from abusing the water foundations. Example Bob builds a waterfall to block you from getting easy access to resources. Or Bob base has no weakness due to water foundations shield layer. Remember you can’t damage water. Fire orbs and explosives are worthless to a water base. Bob builds a makeshift tower and uses a waterfall for easy entry into your base.

Im sure water foundations would be destroyed if the containing structure was destroyed. The OP clearly provided diagrams of how it would work.

Meaning the water blocks would have to be contained within said foundations. Therefore blow up an adjacent block would destroy the water block it was snapped to. Meaning it would be a hollow cosmetic with water physics and 0 HP. But would snap to something with HP. Like square and triangle pieces.

Also. You can technically use any building pieces to cut off resources. These are simply static water blocks for making pools, baths and while it could be used to create motes as someone else mentioned.

However a limit to the amount of blocks could be imposed. If needed.

The only issue with people using moats would be disengaging from battle. Or throwing off AI. Which happens already. And in PVP hardly a worry since I have killed many a water runner with a scorpion poisoned sickle.