Just thought it would be funny if you hailed Crom in game it should make you cheer if he ignored you or you would get attacked somehow as his answer to you.

If you hailed Crom a big hand should come down outta the sky and slap you across the face, lol.

Please put that in the game

Funcom are you paying attention here? This is a genius thread…

You could after praying to Crom have the area around and your camera shake and if you have your sound fx on would just hear in a booming voice: “HEH” and then you get knocked to the ground.

I always thought Crom was more uncaring than knee-jerk type god. Sure, he can be annoyed if you build effigies in his name and constantly pester him with requests, but simply invoking his name as a blessing or curse should simply receive a “This god is not responding. Please do not contact your administrator.” reaction.

True, I might have been too hard on Croms images there. Was more going for a comedic over the top response to the prayers

I thirst. Crom ! Bonk flagon of ale flies down and conks you in the head.

Crom, I have never prayed to you…

I like this idea where praying to crom makes instantly a purge. But maybe to your char and not the base 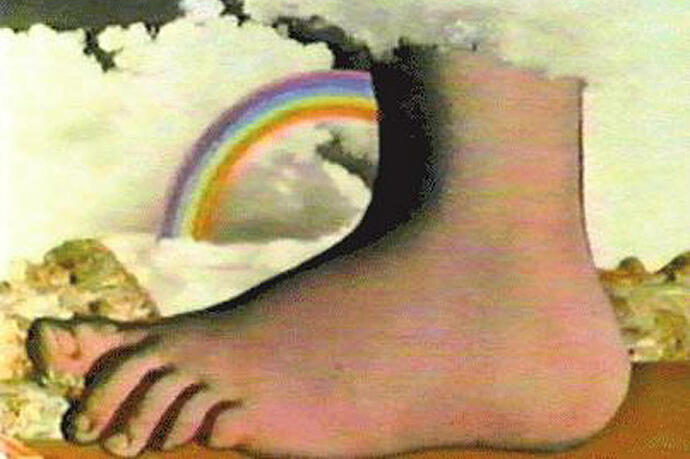 YES! I just wish I could add more hearts to the response of the post, though I picture Crom wearing boots or some sort.

@Funcom can we please have this even if only on an event ? That would hilarious and fun.

With respect, I’m going to have to vote a solid ‘no’ against this one. I’d rather not see Crom turned into a joke for the sake of a meme, however entertaining it may be. The lore really doesn’t say that ‘Crom smites all who pray to him’ - that’s based on people completely taking a single speech, by a single character (no matter how central that character may be), out of context. Conan has little use for gods (in the film), but even then he prays to Crom for a chance at vengeance, and his prayer is granted. In the stories he swears by Crom (and multiple other deities) many times, but nowhere is it suggested that Crom might smite you if you pray to him. There is a very extensive thread on this topic and a lot of players have argued passionately about the wish to have Crom be more meaningful in the game - this suggestion, while a bit of fun, would be the complete opposite of what has been asked for so long.

I think this thread is more about having fun with the idea than it is about actually implementing this in the game. It would be funny though to see, lol.

You are of course correct and I agree, but I would love to be able to do this on single player or on a private server just to get the what the hell was that, what just happened moment.

I think this thread is more about having fun with the idea than it is about actually implementing this in the game. It would be funny though to see, lol. And I would also like to see more meaningful content attached to Crom as well in the game.

This 100% I love the character of Crom in the novels and would never disrespect the work.

No this was a fun thread I just neglected to tag it as such. I figure I post so many serious/semi posts that a fun one would break up the ice that I feel I may form over some posters and more important lighten the mood from time to time.