Heavy armor with light weight and lots of nice stats.

It’s too strong, everyone will run around with it in PvP and you can not transmog it or dye it.

Add that it gives corruption over time, so it is a true sorcerers armor. The arnor value is needed because of the corruption. 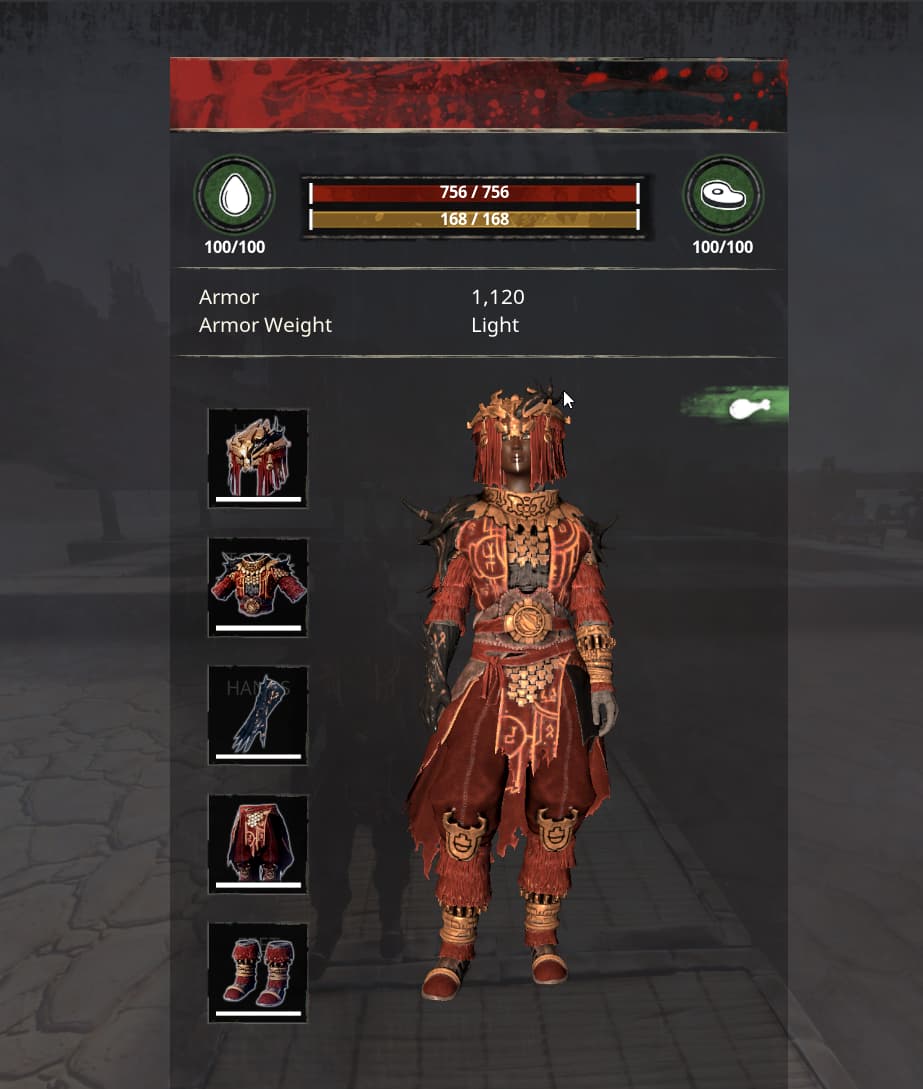 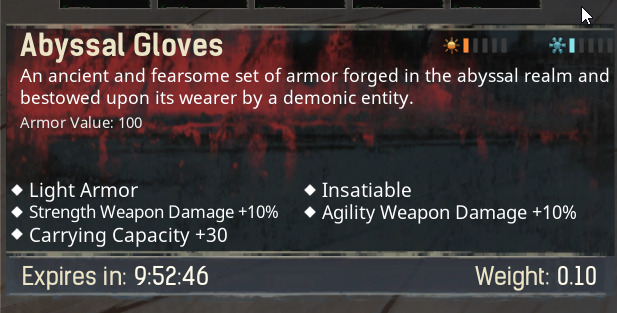 Yes, this is insanely broken, it doesn’t matter that it last 1 hour, it is reeeally cheap currently.

what is even worse you cannot loot it from your enemy

So there is no real reward for killing someone with it.
it is far stronger than even siptah gear.

the hammer and the bow are broken as well.

I posted this elsewhere but why having cheap and easily accessible op gear is bad for PvP? The rest of my thoughts here:

While I agree that it is super cheap and something that has been mentioned, is this a bad thing? No more Siptah gear, no more grinding for days to have enough spare sets for raid time. I feel that having op easy to craft PvP gear (light on top) would promote PvP and more people would engage in it knowing that the gear is easily replaceable and can be obtained by literally everyone. Obviously not good for PvPers who relied on their gear to compensate for their skill.

There is always a meta, is it bad if the new meta for this season is the sorc gear which can be replaced by something else in the next season?

I would say remove the timer, disband it on death, requires 50% corruption to use it, and increase the cost a bit, also let it be mogd, i have not been able to use many of the dlc armors mainly because, id be nerfing my own power, id reeeeaallllly like to use some of them… someday

it is bad for pvp because it takes away the value of resources.
You would not care to go fighting with that gear. and worst of all you cannot give it to your enemy so there is no real risk/reward.

meanwhile if you have siptah gear, you would think twice before engaging the enemy, losing such valuable gear not only make you weaker but also make your enemy stronger.

Theres is always a meta yes.
that doesn’t mean that the meta has to suck even more than the previous meta.

The armor is cheap but cannot be traded so every member of the team has to grind sorcery up to that level. Once done, you can focus more on PvP and raiding for the sake of winning rather than making the other team quit after one successful raid (if you survive the cheaters anyway).

Problem, from my own pov, is everyone using same set of armor that doesn’t even follow light-medium-heavy values.

It’s not an improvement, It is same old sh*t but in new box.

this is not about fighting with equal gear.
When you are with siptah gear, you are more carefully to not die and make try to make good decisions in combat. because you don’t wanna lose it.
you have a really good gear but is not exactly cheap and i think thats the point.

i have seen people naked with feroxic daggers full str kill fully geared people with siptah gear.
and you wanna reward even more the feroxic spammer with cheap and stronger gear?.

you can focus more on PvP and raiding for the sake of winning rather than making the other team quit after one successful raid (if you survive the cheaters anyway).

we have different concept of winning, winning is making them quit.

If they want to implement easy-to-craft armor for pvp they should lower the armor values to t4 shield armorer crafted values, same with bonuses.
Then implement medium and heavy armor variants.

At least this way those summoned armors will be on the same lvl with best crafted armors.

i have seen people naked with feroxic daggers full str kill fully geared people with siptah gear.
and you wanna reward even more the feroxic spammer with cheap and stronger gear?.

Weren’t those nerfed? And poison?

Weren’t those nerfed? And poison?

in testlive? i have not seen it xD.
is on the patch notes?

If they want to implement easy-to-craft armor for pvp

To be very direct with you I doubt that the focus on this update is PvP. I don’t personally mind and I agree that the armor is cheap. Just trying to make you guys elaborate a bit more on what you think the issue is and what changes would you do for it to remain viable but not overpowered.

Probably.
I just want to see this new armor type as an alternative to crafted.
Not simply BiS.

in testlive? i have not seen it xD. 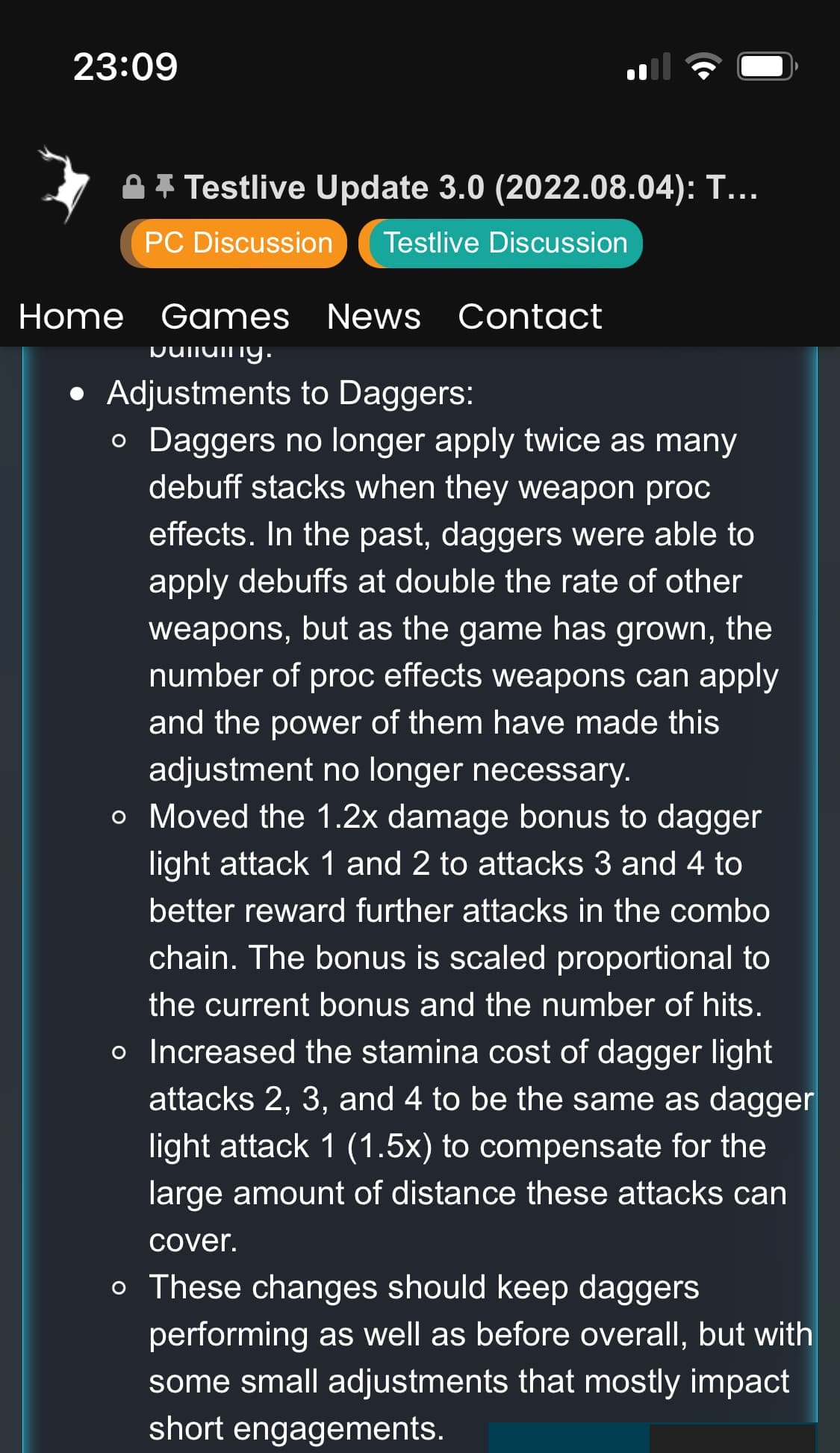 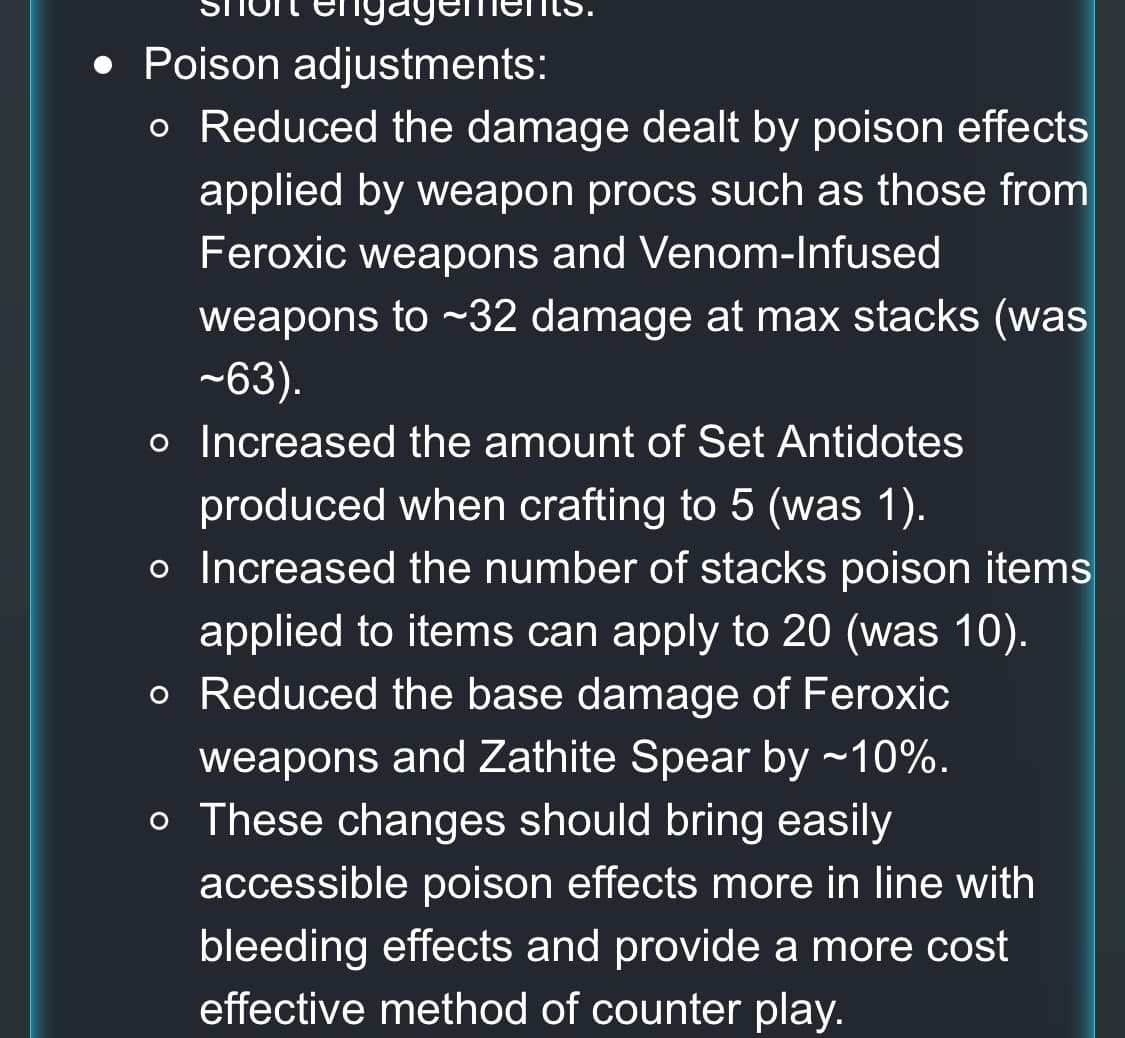 either way, my suggestion to balance this new armor is make it medium and changing the cost from heavy paddyn to perfected medium paddyn. and change the weight from 0.10 to whatever medium armor weights.
Also when you kill something it seems like the timer of the summoned armor resets, remove that as well.
maybe add a little of corrucption on it of 5 % per piece. “power comes with a price”.
And for the love of christ it should be lootable from corpses but not storable.

This way we can make also medium armor somehow relevant since currently only matter light for pvp and heavy for thralls and some encumbrumcance builds.

we have different concept of winning, winning is making them quit.

Everyone loses in that scenario.

It should give permanent corruption. 10% for each armor item. A kind of armor for the sorcerer.

Pretty sure the timer resetting is by design (“Insatiable” trait on the armor), on the other hand, that also makes the timer way longer than needed for it to be interesting (really, if it was 1h then it’d make sense. Go out and kill something every hour or pay the price again, seems fair enough to me).
I totally agree it could be more expensive, definitely perfected paddings would make sense (even make it 5 perfected heavy paddings, this is the BiS armor at the moment!)
Also agree it should be lootable (with the caveat that just having the item in inventory should corrupt you)
Edit: I’d also be fine with the armor weight and weight class if the price was higher and timer lower. This is meant for sorcerers, meaning they’ll have 50% corruption at all times. Getting a light armor with decent protection is a worthy tradeoff imo)
Edit 2: Of course the timer is actually much lower… This is due to my test world server settings. This should be on a separate slider !

Blood for the blood god.

Loose 1hp/3 sec for each piece of armor you have on.

Maul is 3hp per swing.

Problem is that it will be ONLY armor that EVERYONE would wear.

I rather had system with many viable options to chose from - any choice should have pros and cons, you can’t just have all pros without any cons / cost etc.