Bow still can 1-2 shot, Horses can still 1 shot. and it needs patched with more broken pvp

T4 Alchemist, Darfari Witch Doctor and some T4 Cooks on your fermentation barrel will display the recipe. Better have your grey lotus farm going though.

The wikki is incorrct on finding grey lotus plants, you can find them in chests in the Arena, where the Skeleton dragon lives.
One of you Wikki members should fix that.

You are right when you say that “there’s always a meta”
The problem is when this meta is very strict.

I agree. Meta should exist. But there should be multiple, and not be 1 shot kills on highest possible vit/armor rating set up. That is broken combat wise.

it’s in the wiki since ages. so what exactly is wrong? btw. a wiki is something which is editabel by everyone so go and change it. contribution is what makes a wiki good

So basically realism argument is purely based on preference for how much, and should never be a reason to nerf/buff.

Not really the case for me, as I can simply adjust the damage on the Admin settings…if I wanted to. But no, in this case it is also based on several infaliable merits. For example, fighting on foot is readily available to all players from the moment the game begins. Conversely using mounted combat requires reaching level 15, building the stable, finding the foal, waiting for it to grow, then later levelling it up. The higher damage output should go to the mechanic which required more work to generate. In addition to this, I will add the following points.

thus discarding any semblance of realism

Worse argument for any game mechanics. Horse can be stolen if you get dismounted in real life. Cut a horse legs with a 2h in rea life, you think plant fiber would fix it?

You know what I am ordinarily the person who criticises the realism argument myself. But like I already said previously:

Honestly, how much lower can they go here!? Do we have to actually make horseback fighters weaker than people on foot

Dude it has already been nerfed from 1.5 down to 1.1, so where to from here? Down to 0.9 or 0.8…!? That will seriously diminish all of the hard work Funcom put into bringing us Mounts on the game after it was initially written off as being too much hard work. Sorry, but I say no.

Furthermore, there is no way that a person on horseback should deal less damage than a person on foot. The physics tell us that the person on a 500kg beast travelling at 88 km/hr is going to generate significantly more force in a blow than a person weighing in at 70kg and travelling at 25 km/hr. Its as ludicrous as wooden sword hitting with more force than a steel warhammer, or a rabbit hitting with more force than a dragon. This crosses the line between the sublime and the ridiculous.

I disagree to make the game more fun etc and fair and skill based… alot of flaws in your argument man. One being the realism in a video game… the 1 hit is stupidly o.p regardless and needs worked on. Horse should be more for mobility since the foot combat was the games strong suit and mounts only came because people never stopped complaining about obs and having to run. Mounts are here and need balancing within the game to allow a way to play for Everyone and not a 1 way to play like it was for like a year. Where you either horse… or you get smacked… they want to make everyone’s style viable and if they don’t fix the daggers and claws and the horses… those Will be the only ways to play which is Ludacris since the other weapons are more skill based to use. Horses should be more rewarding with mobility… you already have that as a bonus and YES the horse damage should be 0.8 tbh but the real problem should be the elixirs which give berserk rage… maybe make them have an Animation like heal pots and that would prevent the usage on horses which in turn allows for a 1 shot on any armour class. Let’s work on solutions and not argue over if it’s broken or not… since if people have had it happen to them. Then it is an issue. Since nothing in a game that has ping and lag like conan should Ever 1 shot. Not even 2 shot… maybe 3 shot or 4 but never 1 shot… which the Lance alone can easily 1 shot which needs that balance changes as well not just the spears lol

mounts only came because people never stopped complaining about obs and having to run.

No Mounts came out because a) Funcom initially planned to have them in the game (there were early pre-order bonuses), but they were not in a working state when Funcom had to push Conan Exiles release ahead of time. And b) because they were the single most requested feature in the history of this game. If you doubt me, then just look up the amount of threads with people requesting them or asking when they will be coming prior to their inception.

Mounts are here and need balancing within the game to allow a way to play for Everyone and not a 1 way to play like it was for like a year.

They were balanced, down to the point where they are now; only 0.1 stronger than atracks on foot. No the inconvenient truth is that many PvPers (not all) either dont like to fight, or lack the skill to defeat, players on Mounts. They are NOT in an unwinnable situation here; they just need to git gud.

Yes then as soon as they do a meta will emerge, and one to two weeks from now people will star howling for it to be nerfed too. Its always ‘just this one last thing’ that needs ‘fixing’.

And there is, I have just proven my point.

and YES the horse damage should be 0.8 tbh

NO it shouldnt. Just as a spit ball shouldnt do more damage than a bazooka blast, and a bicycle should not hit harder than a road train.

Then why does my 2 handed spear thrusting into you do less damage than a 1 handed sword slicing you Horses? Horses do need balancing… they were added because peoples non stop complaining about them… they said they didn’t intend to add mounts but here we are… you cannot counter the above combo. If the team you fight have the slightest lick of sense on how to pvp they will demolish you… 1 shot weapons and or mechanics should not be in the game period regardless of your reasoning. It’s bad game design. A Meta is fine when it has various different ones like eso and other games but when you NEED TO RUN a certain type of weapon because if you don’t you’ll get stomped out by said weapon or mount combo then that isn’t really a meta that’s just broken pvp mechanics nothing should even 2 shot in this game… the fact you can is ridiculous and isn’t very good pvp balancing. No matter what you say. You cannot change my mind because you’re wrong to think other wise. And the Animations should be put on those berserker elixirs but you really can’t count on it since frenzy wine doesn’t have It… just the perk needs looked into period especially on the horse. You already have knock down spam and jump drifts and all kinds of bonuses In a pvp fight with a horse… they shouldn’t 1 shot period or out trade a ground fighter. Horses were meant for a charge abd run or archery… they’re not used like that when you can pop wine and stand still and touch a guy abd his health depleted to half or dead depending on situation. I do nothing but comp pvp… I’m telling you how this works because I already have people from this forum “said pvp players” trying to raid me and they aren’t even close to the analytical skill involved in such pvp I 1v8 them naked -_- I don’t need to know alot about the farming aspect of the game and I tend to avoid the conversations and debates relating to then because of it unless. I have first hand experience like I do PvP. Im 100% right in my statements as far as a fun balanced game is pvp wise and skill based… I’m sorry to say that but the game is meant to be played and the skill factor Is important. 1 shots 2shota aren’t skill based or we would bring back the crit axes and hammers…

I wish pve and pvp has different patches all together

The Grey Lotus plant is rumored to grow only in the swamps of the dead, beyond the land of Khitai. A powder made from these plants is known to drive men into a berserker rage, giving them inhuman strength and brutality - and no capacity for mercy.
It is confusing, somebody on these threads already said they spent hours looking for it in the swamps. THAT is what is wrong with it. Not everyone is a genius like yourself, sorry.
Also I do not edit the wikki because I have to register to do it, and I do not give out my personal information. Cheers. . .

I got what you were saying in your original reply. To me, the format of the wiki causes confusion and enormous dismay due to its leaning on the lore. The format of the wiki should offer the lore only as a screengrab, contextually from the game. This is something an average user cannot change, @Testerle. My two cents and a discussion for another thread, methinks.

Got me a nice grey lotus farm going, on a slow PvP server with three planters and one compost bin I scaled up from 5 seeds to 163 flowers. In one day.

Fine, if you have an effective four-man that can pull enemies out of the city areas. Speaking only of the PS4, great engagements typically happen in no-build areas.

I set up 4 fermentation barrels and added 4 T4 cooks and I still do nor see the recipe.
Actually I do see it with two of the T4 cooks, Ada Frostbite and Thror Boozehound, but not the other two T4 cooks.

Thank you! I’ll update my poast/cheat sheets to include “some T4 cooks.”

I checked all of my T4 cooks, only those two had the recipe.

So how does this work.
We have a consumable item in game called “Frenzy Wine”
Frenzywine - Official Conan Exiles Wiki (no animations on use and it’s quite light)
What does it do?
It aplies Berserker rage aka plus 50% damage to every hit you do for certain period of time.
I don’t remember the timer but you can carry a lot of it and it’s quite easy to spam from your hotbar for constant buff or use before you hit someone…be it on horse on on foot.
Also really easy to craft if you know how to get Grey lotus.
Screenshot - 00fdf4dfd4930a834cb80ce4f11e89d9 - Gyazo

So any player can craft this item and gain additional pure damage to their attacks without any debuffs.

I made a batch of frenzy wine and tested it, vs the berserker draught, it shows berserker rage but does not increase your strength like the draught does. 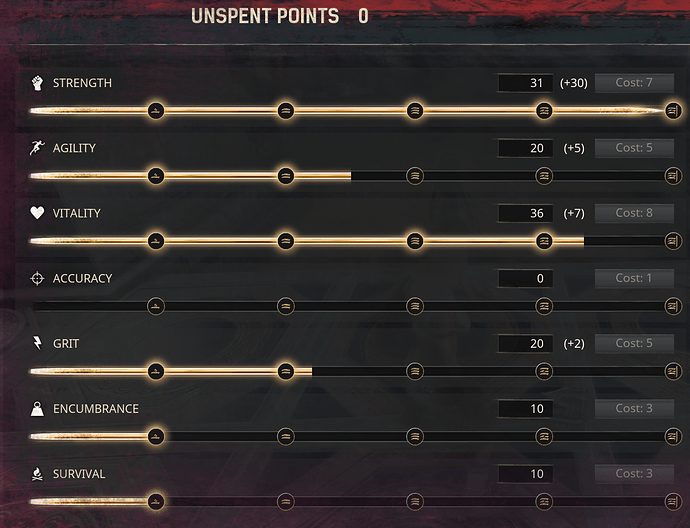 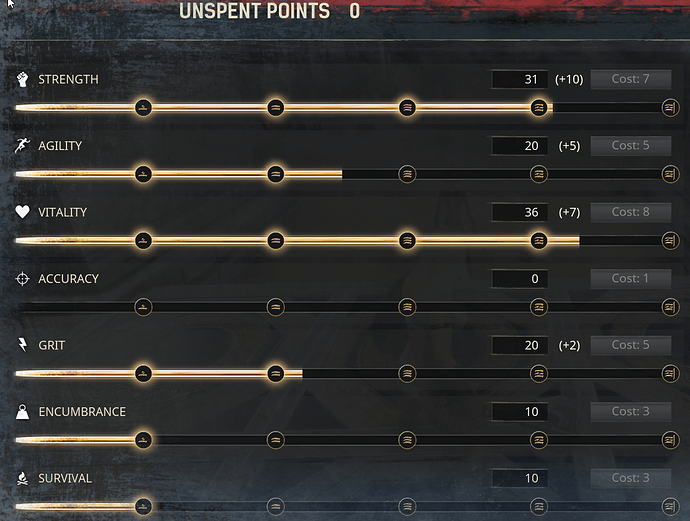 Can you look at your Stats and see if there are any listed buffs? I have seen the screengrab but have not made Frenzywine myself because I wanted to do it officially. You should see Damage increased by 50 percent.