I am not sure if this was discussed somewhere, but… If you remember all cutscenes and dialogues back in TSW there are some cuts there in SWL. For example they removed Ricky dialogue option about Kaoru, there is missing cutscene of Danny filming our little lolita witch Cassie in Kingsmouth, there are missing several imho important seconds in opening dream animation and maybe there are few more cuts.

Was this discussed with Devs in any stream/podcast please? I am curious why they did it.

Wasn’t the Cassie/Danny thing a sidequest? That said, that sidequest had some… icky connotations. (Cassie, an adult, flirting with Danny, a teenage boy). I’m kinda glad they ditched that.

You were uncomfortable with it? Really? May I ask? Are you from US?

Hmmm… I know it’s about personal preferences, but I would never thought this scene could be a problem for someone. And btw we have serious children abuse in one Kaidan quest where we found out how they treated some of the children on the third floor by cruel punishments and enemas. Is it something you would personally prefer to cut too?

I think context is an important factor here. That child abuse was clearly shown as horrific and wrong, while the Danny/Cassie stuff had this air of ‘Innocent shenanigans’ about it. (Heck, the quest is even called ‘Boys will be boys’).

Hmmm… but there is of course context in Danny/Cassie stuff too. Firstly Cassie may pretend to be teenage girl too - I don’t think there is any statement she is an adult, she is older than Danny but maybe still teen. We find out there is something wrong about her later and even then, we know little about her. So some older teen girl is flirting with young teen boy. Moreover girl who uses her ■■■ appeal as her weapon on each person around her. The girl who is made as an archetype of young seducing and manipulative woman, a girl who is perfect example of what I would describe as “bad lolita” character.

And if she is some old witch/goddess and this is her avatar, how we can theoretize from all that small hints we got. It is perfectly fitting behaviour.

In both cases it is fitting portrait of her character, not just some pointless “hot” writing.

The fact they cut it out and I don’t feel there’s missing anything suggests otherwise to me, personally.

Still, my main point was, on that particular mission, I get why they’d cut it, even without my personal opinion on things.

The photos are still there, check the tent in the skate park.

Sigh Never mind, then.
I’ll just take my leave now. I don’t think I’ve got anything more to add to this conversation.

I assume you mean the picture (i dont remember there ever being a cutscene) In which case as Kaphax said, there is a call back to it In his tent. My best guess is that it wasn’t an impactful side in TSW, and it was moved and reused elsewhere in SWL the mission is still there but is now about Danny spying on the Orochi. Before anyone debunks that claim, i was in the beta when the mission was moved, and prior to the pictures being changed, so yes same mission repurposed. I don’t think it was taken out for the theme, TSW/SWL have very adult themes, it was just one of the mission easily changed without impacting the main story in the slightest.

No need to debunk peoples personal, subjective opinion, with objective arguments. Thats no better than claiming “2+2 isn’t 4” cause that result would be “stupid”. People have different things that make them uncomfy. (To me the TSW version was a fun little side, but not really important. Now the callback is a fun little callback for those who is in the know)

I am fairly sure Ricky talks about Kaoru in a cutscene, can’t say i remember if there was or is a dialogue option to talk more about Kaoru. If there is something missing it was not very memorable to me at least, and i like the details. The most important i took from their relationship Kaoru is trans, which Ricky couldn’t care less about, but she has the Phoenician Tattoo under her skirt, which he does not approve of

As for the beginning cutscene with the dream architects, I think this was discussed on the beta forums (maybe in a very early dev stream?). Long story short: The intro would of been way too long (reason given in beta). They cut it back because the original intro was too long, and most of the time people just skipped the cutscene anyways. They wanted to implement the new guide, which would make the intro even longer than it already was. TSW had the cutscene of us eating the bee, the dream architect cutscene, your character getting recruited, and then Subway as the only guide. Eating the bee is very important. The recruitment gives us the first taste of our factions, the Subway is extremely important for the story start. That leaves the dream architects cutscene to cut out to not lengthen, something players already found too long. They DID add the dialogue from the cutscene into the new guide, so it is not taken out completely. (on a personal note i miss the cutscene all the same, but think the new guide is a much better starter guide than what we had in SWL).

About the cutscene of the architects, it wasn’t even in TSW at launch, they added that part later.

About the cutscene of the architects, it wasn’t even in TSW at launch, they added that part later.

Huh thats interesting, i joined too late in TSW to know that. Any chance you know if it was a case of “It’s not ready” or if it was a desicion made later?

I honestly don’t remember Ricky Pagan ever having dialogue options about Kaoru. Why would he have dialogue options to talk about someone we wouldn’t have any idea who they were or their name for quite a while the first time around?

The cutscenes are intact.

Danny’s side mission got moved from right next to Cassie to in a tree near the airport. Thus having pictures of Cassie in the plane didn’t make sense anymore, because Cassie never had the plane to use. 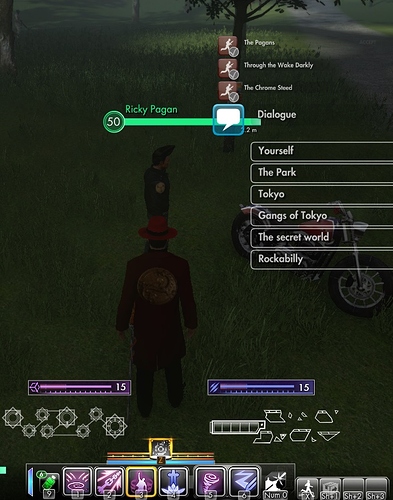 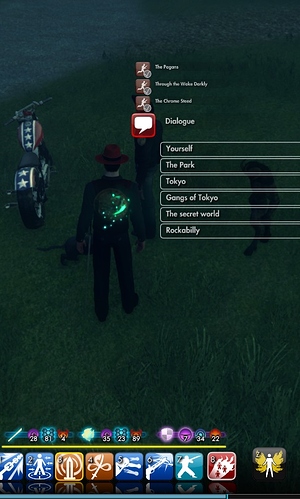 Any chance you remember what the sentence was or was about?

He does not mention Kaoru in TSW in any dialogue option as of today. So if it was cut, it was cut from TSW as well, which makes no sense.

Ricky’s reference to Kaoru’s tattoo is still there, it’s in the opening for Through the Wake.

He does not mention Kaoru in TSW in any dialogue option as of today. So if it was cut, it was cut from TSW as well, which makes no sense.

He did mention her at one point, whether in a mission cutscene or elsewhere. he says something along the lines of he doesn’t care what she has in her pants if I’m not mistaken or at least something in that direction.

Whether or not it’s still there in TSW right now, I don’t know. I do remember talk about it being removed. I don’t know why.

Wasn’t the Cassie/Danny thing a sidequest? That said, that sidequest had some… icky connotations. (Cassie, an adult, flirting with Danny, a teenage boy). I’m kinda glad they ditched that.

Never had a problem with it. Danny is 16, right? Cassandra was (at least by all appearances) 19 I think it was. Not a big deal at all.

Now you can argue that she might be older. MUCH older, but the thing is: we don’t know. Not until she shows back up again and maybe we learn more about her backstory.

He did mention her at one point, whether in a mission cutscene or elsewhere. he says something along the lines of he doesn’t care what she has in her pants if I’m not mistaken or at least something in that direction.

Whether or not it’s still there in TSW right now, I don’t know. I do remember talk about it being removed. I don’t know why.

That’s in a cutscene as I recall. I went through the dialogue options only; as memory serves, the cutscenes weren’t changed.

ETA: I know why this rumor spread. People remembered wrong and couldn’t be arsed to check. 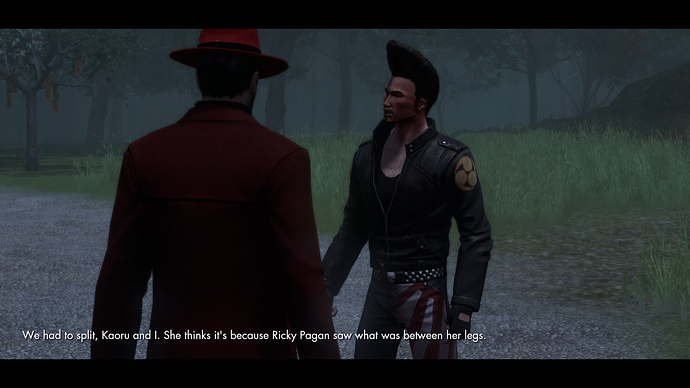