Making the game active around the clock (shards in dungeons)

Age of Conan has gained a degree of life lately. Many people have returned due to self-isolation during the Covid-19 pandemic. I see many veteran players back and It would be a shame to not try to retain them. A suggestion is to be proactive and seize this opportunity with small changes that’s been needed for a long time.

Age of Conan is only active during peak hours for EU and NA. The hours inbetween are pretty much dead due to not being able to progress your character while RF isn’t popping.
The new content coming soon is a fun initiative but it won’t solve the issue stated above long-term. I think it would be naïve to say that content in this fashion will add longevity unless its rotated with meaningful things people actually enjoy to do, for most people i know raidfinder is a chore.
It could help solve the issue of inactivity during off-peak hours, and give people options to progress their character outside of peak hours. I think I speak for the community of Age of Conan when i request you implement Atlantean shards in dungeons. The grind posed by Raidfinder currently deters me from pursuing the many different rings and gem choices, however with this suggestion, I would work to get every ring and gem, even by doing raidfinder, variation is key here.

I’ve been talking to many people about this and everyone agrees that this game needs more meaning to log in and do activities whenever you log in and not just on mondays when its new RF or Guild-raid days. Dungeons are the lifeblood of a healthy MMO. Right now there is no motivation to do them. Having a more active and healthier player pool that does activities around the clock will help integrate new players in a proper fashion and keep them invested in the game for longer than if they only digested raid finder. This won’t have a negative impact on the activity of raid finder since it will still give the highest reward and people need to do it during peak-times. If you get 25 shards from dungeons and 50 from raidfinder people will do both, thus giving us a more active and varied game. While Onslaught is appreciated as its new content it still falls under repeatability of raid finder as a concept and it can’t carry the wellbeing of the game alone.

I like the part about helping new players the most. Cant imagine many new players coming into AoC nowadays,because what most people do is t5/t6 raids and chaos, which you cant do right after you get lvl80.

New people usually join WB and RF farming, as there are no 6man groups from veterans searching in public. If they go for 6mans they usually go with guildmembers or friendslist and not as pug in global.

And new Player have no clue about the beauty of 6mans, as they get better gear from RF and WB and soon onslaught.

I like the idea of adding shards to dungeons, as it would bring back 6man pugs.

This is a suggestion that i’ve been hoping funcom to have done for a very long time. Same as Moriala i’ve been playing the game pretty much since launch but for the last 2 years i’ve only been online on mondays for the shards from raidfinder. Some of us completed t6 back in december 2015, since then there hasn’t been any gear that would improve my character but raidfinder. I would love to see people starting to do dungeons again. It’s good for the community and also good for new players to actually enjoy all the content this game has to offer instead of hitting level 80 and then go straight to raidfinder.
I’m 100% with you on this one Moriala and thank you for taking the time to do this post, this is what the comunity of this game really needs.
Stay safe in this worried times and i hope to see you all ingame soon. <3

I would love to see the shards dropping from 6mans like the rare throphy. Give 1-3 shards per dungeon and it will revive them all at once without being able to obtain too many shards in short time too (remember how long it takes to get a khitai piece and thats only 196 tokens:P)

Yes thats also a alternative, but maybe reduce the flame vortex palace to 1 to avoid seeing that script in global tho 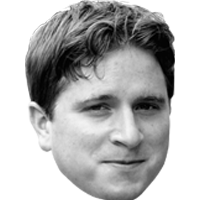 As we’ve already discussed internally; A weekly quest that rotates 3-5 dungeons would be a cool idea. If you do three dungeons you get 10 shards, and if you do five you get 25 shards or something (10 and 25 just stated as a random number to prove a point). Then rotate them like “Finish all Monestary dungeons”, “Kara Korum dungeons”, “Paikang Sewer Dungeons”. It doesn’t need to be this strict on what dungeons you have in one specific week either. It could easily be five random dungeons from anywhere from hardmodes, unchaineds, Dragon’s Spine dungeons etc.

You already touched on this idea in your post, and this would be the dream scenario for me personally.

Edit: Also making this a weekly quest would be nice because people would do the quest on a lot of their alts!

PS: I personally favor a new quest with rotating dungeons - this will bring the most variation, old, forgotten or unloved dungeons will breathe life again, and it is the solution with the highest variation and the least danger to get too repetitive too fast.

I am all for this, it would def make it more tempting to log on more since 6-mans are some of the best content. The only negative I can foresee is the possibility that RF will pop even slower if a too large percentage of the RF-spammers shift to doing 6-man pugs instead. Thereby making it even more important to be there for the fresh RF on Mondays or you wont get that shiny box of the week. So, a certain balance between yield 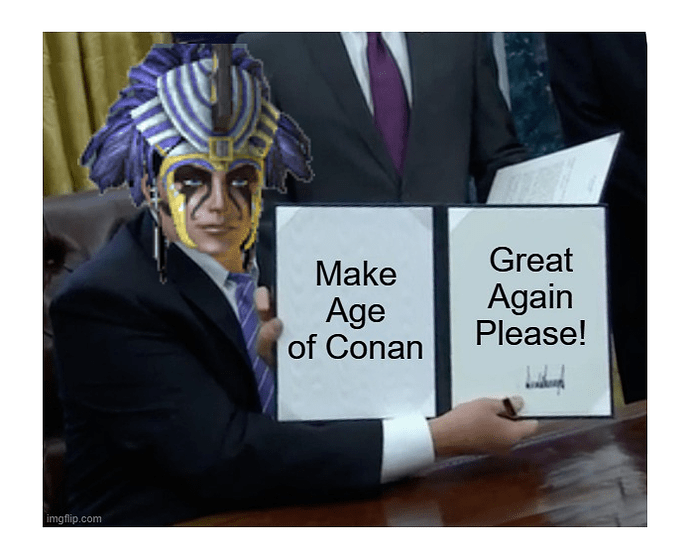 I created a user name for this forum just so I can support this idea! Thank you for suggesting this. Web-

Age of Conan is only active during peak hours for EU and NA. The hours inbetween are pretty much dead due to not being able to progress your character while RF isn’t popping.
The new content coming soon is a fun initiative but it won’t solve the issue stated above long-term. I think it would be naïve to say that content in this fashion will add longevity unless its rotated with meaningful things people actually enjoy to do, for most people i know raidfinder is a chore.
It could help solve the issue of inactivity during off-peak hours, and give people options to progress their character outside of peak hours. I think I speak for the community of Age of Conan when i request you implement Atlantean shards in dungeons. The grind posed by Raidfinder currently deters me from pursuing the many different rings and gem choices, however with this suggestion, I would work to get every ring and gem, even by doing raidfinder, variation is key here.

This is a great idea. I would love is developer are reading this and take a look at that

Making the old dungeons & khitai dungeons relevant again would be great. I support that.

i would prefer a system like old world dungeons dropping atlantean shards, khitai dungeons drop myth relics ( instead of onslaught mode because i dont like that braindead grind) or something like that, so everyone choose whats interesting for him. Just an instant idea to the existing ones.

In fact idc how they do it but that would be much more fun and interesting for me than onslaught mode, which would kill more dungeons and raids.

I’ve signed up to the new forums just to support this idea! I’ve been playing AoC actively since 2009 then in 2016 I took a break. Every now and then I feel like playing the game again but then I remember that many people and guilds I used to play with aren’t around anymore, the game has became so one dimensional since the raid finder was introduced that it made it feel like a job rather than some pleasant activity.

I fully support Moriala’s suggestion, and don’t get me wrong I am not at all against still having the raid finder in game. But adding the shards to the dungeons would simply add a much needed variety, and it would ease the INSANE grind.

Making dungeons relevant again would certainly spark up the activity, and as we all know 99% of the content is easily “pugable” therefore it would be a great way for the community to get together again.

If you’re afraid that you might thin out the population by letting players focus on things outside of RF, you can’t be more wrong about it. The fact that Atlantean shards are exclusively obtainable through the raid finder doesn’t make any of us do it more than once a week per character anyways.
But is it even the point to force people to focus on one thing only?

Add Atlantean Shards to the already existing dungeon quests, “Mastering the old world” and “The Escavators”.

Follow the same logic and make the new dungeon chain quests for each Khitai zone, they are literally forgotten.

We’re not advocating for making RF obsolete, the new content is fine as well although it is another very specific type of activity that will lock you in a very straight forward grinding routine.

The whole point is to make every bit of the game relevant, players should have freedom of doing anything they like in game and feel rewarded for it. Raids, RF, Dungeons, PvP you name it, the more the better, no one should be stuck doing the same thing over and over again.

I would just like to go further and suggest to add some small amount of Atlantean shards to low tier raids from T1-T3.

It would still take ages to get multiple rings and gems on all your characters, but at least the path there would be desirable and worthwhile. We would have multiple options beside RF without making it irrelevant.

Look at it from the bright side, if you miss the peak RF day and you somehow don’t manage to get the weekly clear you would still have plenty of great alternatives to compensate.

It definitely wouldn’t feel like the end of the world, and why should it be mandatory to do anything once a week? Variety is the key.

I could not agree more with Moriala or anyone in here, and like Fireblow mentioned it would be a dream come true for me as well to see the dungeons in this game alive.

Due to the lack of new content or initiative such as people mentioned in here, many veteran players left game or if they can endure, it is common to hear from them “I don’t know why i keep doing this”. Well the reason is obvious, this is a great game, however, it is managed poorly. As community we request you to hear us.

Agreed, in its current state the game doesnt have a contentwise problem, but merely a loottable problem.

Need to add shards to all raids, not just 6 mans.