I just fund this article: 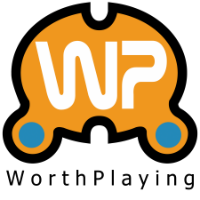 Funcom has entered into a partnership with Petroglyph Games for the development and publishing of a new game based on the Conan the Barbarian IP.


While it is kind of scary to think that the game been made by petroglyph could be an strategy game I guess, taking into account the story of the compay. I’m optimistic about the solely funded by funcom Conan the Barbarian game programmed for 2019.

After 2 great MMOs it’s time to get back to the character we all love… CONAN. It’s been fun to play as anonymous heroes (or villains) in Robert E. Howard universe. But come on guys… a very questionable adeventure game in 04 and a God of War clone in 07 are the only two Conan game where you play as CONAN. It is time for the character to be in the middle of the action, like Geralt of Rivia or others now houshold names in the industry… help the character to shine again. This is only achievable with a SINGLE PLAYER / OPEN WORLD / ROLE PLAYING video game ala Witcher III.

No more excuses funcome, by Crom the time is now!

Sorry for the bad english.

Howard’s universe is enormous and so much unexplored. They can really do something great! Let’s wait for more updates in future

A Witcher-esque game would be nice. Though seeing as they said in the financial stream that it’ll be by the people who made Dune 2 and C&C, I’d be well up for some empire-building.

I would love to see a survival MMORPG. A mix between Age of Conan and Conan Exiles. I know that it is not possible to make such a huge game but let’s think a bit smaller than Conan Exiles. Let’s say you play an MMORPG like Age of Conan, you cant build a house but you need to eat and drink. Not just potions to boost your grit, damage or whatever but you need to eat and drink like you need to do that in Conan Exiles to survive. And you need to cloth yourself. The recipes for clothes, weapons and food you can find in random houses, steal from people, in dungeons, as quest rewards or buying them from other players. There also should be only a player driven economy like in Albion Online. You cant go to an NPC shop and buy what you need, no. You need to gather the resources like in Conan Exiles, Elder Scrolls Online or Albion Online and to craft the items. Of course, the best armor and weapons should still be endgame dungeon rewards. One map with good resources should be open world PVP like in Elder Scrolls Online. The other maps (again like TESO) should be PVP just if player accept a challenge. In such a huge game with many thousands of player playing on one server housing like in Conan Exiles would be impossible but there could be a map like for example the capital of Aquilonia (Tarantia) where you can buy a flat or house (Can be used by multiple players like the housing in TESO because the house is an own instance). The people who cant afford a house will need to sleep in the forest or wherever. Sleeping is the next survival part of the game. It should have a day and night cycles and the player should be pushed to sleep. If they don’t, they lose grit, strength and can even die. This why they need to make fire if they are somewhere in the wilderness to prevent animals to attack them while they sleep. Also to cook food and to warm themselves up. If they are somewhere in the city they can use their flat to sleep or rent a room in a tavern or whatever.

Well… this are my wet gaming dreams

That would be a huge mistake and an even bigger missed oportunity. We didn’t get lotr strategy game until after we got at least 3 or 4 action / adventure games out of the way, with iconic characters and branching narrative.

The thing about the Conan universe it’s that starts with the word CONAN… and that’s the very thing we haven’t gotten so far. In video games, under funcom, Conan has became a cameo in his own universe which even if the games themself had been very good to some (and avobe average to crtitics), this is more than insulting for the character itself. Funcom experiments with multiplayer had been fun and Exiles in particular it’s already one of my favorite games… but a Conan video game where you are not Conan it’s like a Star Wars movie without stars or war in it… it defeats the purpose.

Sounds fun, but we already have 1 MMORPG (Multiplayer) and 1 Survival game (Multiplayer). Don’t you think a single player open world would be nice to balance things out? And… I don’t know, I’m gonna make a wild sugestion here… A game named Conan in which you actually play as Conan?

Would be great yes. I would like even a hack and slay game like Diabolo. But something like Witcher with a good story from the Conan universe where you play Conan would be wow. The problem is: They don’t have the money or the staff to create such a great game. And they want to release it in 2019. This means that it cant be a huge game. It is more like a game which you finish in 10-20 hours because a big game like Witcher needs years of development.

I think that with the economic success that Exiles had, funcom could pull this off… Maybe not with the scope of Witcher 3, but remember that the Witcher franchise started with Witcher 1 back in 07. Which was a very focused and small game that captivated the audience enough to get the franchise rolling.

True that. But to be honest the guys from Poland know and always knew what they want. I have the feeling Funcom sometimes doesnt.

They are experimenting with the licence, which is good. But this should’ve been their spear point. World of Warcraft didn’t exist before Warcraft. Here we have a weird reverse ingeneering. First 2 MMOs and now a potential strategy game?.. It’s not gonna cut it. We need a fullfledge CONAN game staring… well CONAN like yesterday to put the franchise on the map on a mainstream level.

I think the guys at funcom know this. The reason why they haven’t done it yet it’s beyond me. But now that Skyrim was released by the 4th time (now on swtich), the latest God of War was a comercial and critical success and the Witcher franchise is done. I think it is time for Conan to step up, it is only logical.

Plus, in my book, Exiles’ engine it’s perfect for the job… just a little polish, a bunch of quest and NPCs, a solid story based on some of the best Robert E. Howard tales and it is done. They could even keep the exact same map, I don’t think anyone would complain.