Yes I have noticed difference for the better. Been less invisible thralls, still need to wait for name to appear tho(spyglass maybe). Also nodes are no longer disappearing.
But still fighting roll/dodge inaccuracies , ie roll away to be in same spot getting the smack down on you.

After 2 weeks of playing I can safely say that I have noticed a significant improvement in performance. I haven’t experienced NPCs disappearing while fighting or just never rendering in when I’m walking through a camp.

Sometimes there does appear to be a little problem when fighting. I’ve only seen this when I fight wolves so far and it’s only happened once but the wolf stopped moving for a few seconds even though the fight continued. That’s a HUGE improvement over what it used to be like where every fight froze until the fight was nearly over. This one occurrence could have just been some server lag.

The only bug I can think of that’s still present is sometimes, and it is rare, when we activate a station, mainly a forge (happened with forge and improved forge), it will use a significant amount of fuel and either complete the smelting job or almost complete it, depending on how much material is in the forge, instantly. Personally, this isn’t a serious issue that deserves a lot of attention as it is rare and it essentially just speeds up the process of what we’re doing so it doesn’t cause any inconveniences either.

Ultimately, this latest patch has fixed a lot of issues and now my clan and I are eagerly waiting for more content

Thanks for the confirmation @CrusadeStudios.

I play on two official servers, and one still lags after the patch.

Details that could help us immensely are:

#3738 consistently has loaded my two bases there, full of stations, within 15 seconds. The patch really improved render time here.

Today i noticed on #3827 my second (and maybe third) swing in each melee event misses. It’s like when I chop wood, the tree disappears for a few seconds. After the first swing, the mob hits me. My next swing just resets like it tried to swing at something (with or without target set) – hitting air.

Hope this helps. If I don’t wait and exit me base before the finished load, everything lags. I’m behind doors, so if the doors haven’t rendered then I’m trapped (up to 15 minutes).

Thralls can still disappear on death, names of thralls still taking long time to show. Roll/Dodge still can take you back to same spot, fighting more than 2 enemies seems to apply bampf/teleporting. Was OK for little while as per previous mention. Purge spawned inside base on mountain, are they magical now? As there’s no way the mammoth’s and dragons could walk up 90° walls traverse the ceiling ,then turn the door knob before smashing the place up.

Hello,
my summary about freeze on PS4,

freeze in my homebase after 1-2 hours

“You got some problems”

i think same problem is here:

Freeze in huge base since 2 updates

Freezing and crashing around base worsening since last patches

Game Freeze and Crash a lot

my homebase and 2 freeze spots (white) 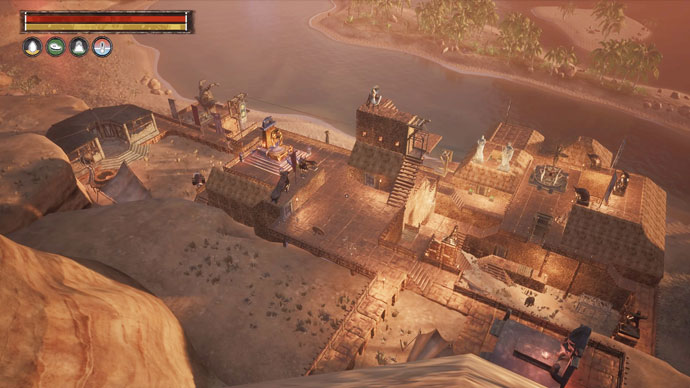 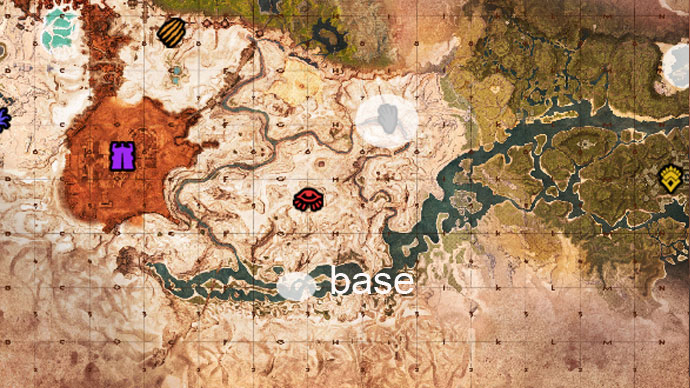 good news about freeze, now that I have reduced all objects and slaves and animals
in my base, and have reduced the lighting to a minimum (in some rooms, I now have
to find the workbench with a torch), it took much longer until freeze

I think it has something to do with the memory …

@Yumi GLAD to hear that. I have done similar.

ok, i did not do that much with the lamps,
(i can see my workbench without torch)

But I think, reduce lights, slaves & animals and items really helps
… but I’m afraid because of the next dlc again, contain many new parts …

Ive been having problems fighting enimies in general now due to the lag. They will attack then keep sliding forward before teleporting all around and hitting me during combat.

Hi, i have huge Performance problems. I had made two Videos but can not post the link.

On local Player are not Lags, ONLY on Multiplayer
My Friend on the same Server have no problems.
I have Nat-typ 2 and 50Mbit/s
I play on private Europe Server

Have a nice Day
kater

The bandwidth of your internet connection is not the issue. Network latency is caused by package travel time and not bandwith limitations therefore you should check what your ping says. Do some ping tests to nearby servers. what does the ping in the server browser of conan say to your server?. Another thing is: Are you sure that all ports are forwarded correctly. I had this issue without expecting it because my router should have forwarded these but it didn’t. After i manually did this i had almost no lag anymore

@Ignasi I appreciate the welcome tag, but I hoped someone put attention to the lag. Since my last reply, linked, I’ve played on official PVE, PVP, and PVE-C servers. There is no great lag on PVE and PVP.

On PVE-C server(s), however, the initial rez time after login still takes several minutes. On #3827 I have thralls, fences, foundations, walls, doors, stations, torches, and no decorations. The foundations, fences, and walls show first. Then slowly the thralls show. Then minutes go by and doors and everything else appears. This is consistent (on other PVE-C servers too).

@Ignasi or anyone else for that matter; if you read this post please go to youtube and search my user name on there - RJDFJD, go to my videos and click on the video title Conan Exiles: 3827 PS4 Pro Gameplay.
This is what happens to me still! It is impossible to play the game with anyone except myself in an online server.

Server # 3827 is terrible. I have Been on that server forever and have never once been able to progress in the story of the game because it lags so bad. I tried port forwarding with a static ip address on the PS4, I have tried everything including phoning my ISP and them specifically telling me it is not my connection, it is something wrong with the game I am playing on.

The stamina bar lags so bad it doesn’t work correct, same with health bar. Animals and NPC’s are literally impossible to fight. They teleport and lag so badly you cant follow them properly. Not sure what else to do . Had the game on standard PS4 hard drive. Tried upgrading to external and made no difference.

PS4 Pro on Official server 3827. All day everyday the performance stays like this. Any ideas at all?

tried port forward and many many other things. Between yesterday and the day before, I have spent 17 hours in router settings trying to make this work. it just doesn’t no matter what. I am the only one out of my friends that has this problem and some of them play on a pro console as well.

On #3827: I noticed that kind of behavior with the NPC by the sentinels.

The whole server lags up to 15 min after I logged on. I switched over to pve and pvp servers, and I did not have any lag.

By the way, ps4 pro boost mode is not on by default: how to toggle boost mode

It sure is very odd. I had something weird happen the other day.

I went to my port forwarding on my router. I deleted every port that was on there. (6 + ports were listed) After that I switched to wifi instead of Ethernet without closing the conan application on the console. Just went to settings and set up new connection.

After I did that I loaded up 3827 again and somehow it was working great. The stamina bar didn’t lag. I could battle wolves and elk king without any issues at all. After a few minutes I switched to another game for about 10 minutes. After 10 minutes I went back to conan, logged into 3827 and there it was again… insane lag, impossible to pvp and nothing will render properly.

No idea what changed but something seriously is messed up. This is enough. I’ve tried to play this game properly for well over 6 months and it will not work. I’m tired of having my money and time wasted now by this game. I’m not switching servers just to restart everything and avoid lag. It isn’t necessary and if it is then I want my money back and I’ll move on.

#3827 is a busy server. It appears the more that are on the faster the server is at latency. In other words, more is better. I can usually catch about 20-30 people on it at the same time. I don’t know what you mean by a lot, but there are buildings and thralls along the exile river and desert rivers.