Question of the Week: What's your favorite unexplored culture from Conan's lore? 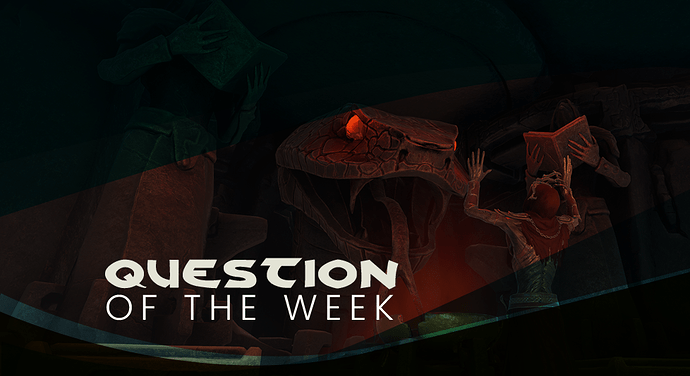 The Conan universe is rich with heroic characters, daring adventures, dastardly villains, bar fights, and spiders. So many spiders…

Conan Exiles touches on and alludes to many of the tales through journals in the world, dungeons, and so on. But what haven’t you seen that you would like to experience? Or maybe a part of the lore was mentioned in game, but you want to see more of?

Hyperborea! A land of cold mysteries and dark gods, from the shared minds of the Lovecraft circle. Cyclopean masonry and grand castles. Even if my theory of the new map being there doesn’t pan out, I’d still love a building set of this culture’s great stoneworks

I would like to know more about what the exiled lands actually are, and about the people that built the circle of swords “long before the Giant-Kings arrived” as the speaking stone states.

The Kush! I’d love to see more on them.

I would be mad but the fact that this is what broke your 2 years of not posting streak, I’m actually quite proud.

I mean, they’re not wrong. Hyperborea is full of awful people, and awful sorcery. 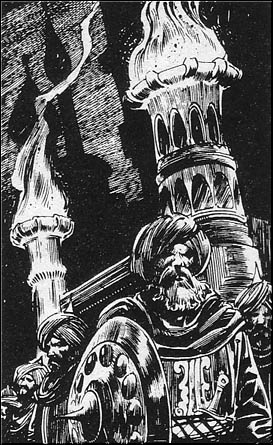 Vendhya is an ancient and proud kingdom, ruled by the Kashatriyan warrior caste and mystics adept with their own peculiar range of magic. Vendhya is ruled in the north by the savage and virtually unconquerable Ghulistan tribesmen. To the west lies...

I don’t have anything against Hyperborea, but if the question has implications on the game, I personally don’t want the next batch of content to be focused on the frozen north or tundra in general. Seems alright if it’s for a building set though.

As for Hyborian cultures, I’d love to see some love for Zingara, their culture is very much like medieval Spain, so we’d get some more chain, and fancy plate armor, as well as fine tunics. The buildings would also add some more medieval flare to the mix, along-side the Arena and stable lattice pieces.

I’d love to see this culture explored as well!

While Zingara or Zamora could be neat, I think I have to put my vote on Vendhya. Certainly Vendhya could tie nicely with an introduction of elephant mounts, domed architecture or alternative magics.

For cultures that haven’t been touched on by the game at all (beyond player race options) I’d really like to see:

And for races that at least have an armor set in the game, I wouldn’t mind seeing more Hyrkanian, Shemite, or Kambujan stuff in the future.

There could be ruins off the ancient Valusia , that existed before the great cataclysm that sunken Atlantis. They could be in a top of a mountain or with a cave entrance hidden! The serpent men were alive and not skeletons, which use illusion magic! We could learn a feat that makes illusionary bases or players!? And a new set of armor and weapons.

The kingdom furthest to the west of the Thurian continent.[1] This kingdom was created and initially ruled by the Serpent Men, until they were overthrown by their human slaves. They attempted to control the new human kingdom of Valusia from behind the scenes, using illusionary magic, when mankind’s memories of their past encounters faded. However, the Serpent Men were again defeated in a secret war. Finally they created a religion, the Snake Cult, to do the same thing again and almost succeeded. Their power was, however, eventually destroyed by Kull, an Atlantean barbarian who had gained the crown of Valusia by force.[3]

I also have to vote Vendhyan. The architecture, the clothing, it would be wonderful.

My vote would be for Argos. Based pretty much on Greece, they were the ruler of the seas in the Hyborian age.

Also, I haven’t seen any reference to the Picts