Remove claws from the game

He also says they are OP

Claws are op only against new players

So… Logic is not your strongest point, I guess?

Ehh, he may have been just stating that claws are OP against new players in general, not directed at anyone.

Is this a Conan or Blood Bowl post?.. Can we get POMB?

I mean no offense, but the above video makes me cringe, it looks like they let him win, just for youtube.
They are constantly trying to run away from claws or fight back with spears, which are garbage against them due to no Hyperarmor.
That Axe guy always misses the timing to block the incoming charge and bombs kill anyone, not just people fighting against claws.

Having been a time or two on the receiving end of a low-level gank, this looks legit. If anything, Dave toyed with them 1v3 – and effectively armed them from his body. Like “use these, guise.”

Yes, I say the same. They are op… against novices.

He showed video where he killed 3 players, that even haven’t right weapon. So they were novices

The question is, if SirDaveWolf complained about the Claws against him or he complained, that you kill novices with them…

Trying the new dodges - what do we think? Testlive Discussion

It is okay if they adjust archery (blunted arrows especially) and remove claws from the game.

I don’t think they need to be removed. But maybe a tweak to the stam usage, or maybe some slight pauses at the end of the the swipes (sort of a cool down). But reality is it is real early with the new dodge roll, so maybe some practicing will find the counter. Everything seems OP when no one has experience fighting it (with current movement changes). It is like the NFL. A new offense looks unstoppable, new style of QB seem to re-define the position, but after exposure (over exposure), teams find counters and then it is business as usual. How many time has the next new version of the QB came out, only to have three years later the same prototypical pocket passer be the norm?

I posted this 6 days ago.

and more than a little panicky.

Key point. Inexperienced (against claws) players tend to panic and get shredded. Usually if you stand your ground with a suitable weapon, the claw wielder will switch weapon within 5 seconds.

Inexperienced claw users will get shredded too.

I don’t want to claim I am an experienced claw user (never use them), but trading into hyperarmor is plain stupid.

players tend to panic and get shredded

Fair. I’d panic if I saw SirDaveWolf chasing me with blades out. 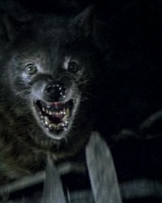 I don’t think you know how to use claws/or have ever gone against a good claws user if you don’t think they’re op with the new rolls. There’s hundreds of posts explaining why “just trade” is a stupid counter to good players using claws.

Just go back to threads about the last claws meta from the summer. You’ll find plenty of reasons why it’s incredibly difficult to beat them with normal weapons. With the new roll, you have to be pretty bad to lose to anyone while using claws.

The only weapon class better than claws are bows, and that’s just because they’re incredibly over-tuned right now.

I mean the only counter is bows but they’re also insanely overpowered right now so I don’t think we should consider them a valid counter.

The problem with claws in this new system is the mobility they provide. With all movement slowed down significantly, it’s super hard to deal with claws. I wouldn’t be opposed at all to just removing the class in pvp/pve-c and leaving it in pve

I loved this vid! Brought a smile to my face when DMX popped on. Hilarious.

In all seriousness though, to the OP, I think the vid provides excellent anecdotal evidence regarding…

Pvpers complaining they cant 1vX since update. Then others say claws are op. Ummm, sounds like we have 2 sides of a coin that provides some harmony here. You CAN 1vX, clearly. If claws on 1v1 are too OP, pull out your shield, or bring a friend?

Being honest, it’s been a while since I fought someone with claws, but I’ve won a few 1v1 rounds against claws myself with the spear or hammer in the past so…?

And I don’t want to necessarily downplay the fact that the claws are strong. Absolutely they are, obviously. But does that negate a removal? I’m not so sure.

Maybe just tweak the animations.
1st strike stay as is.
2nd strike should not move forward. That would remove some of the movement cheese.

That or just make misses stagger the attacker. Basically the lunge is causing imbalance, and a miss has a very negative trait that way. And it would remove spamming for get away movement.

Are you afraid of getting your ar.se handed to you? Claws are fine the way they are.

Unable to 1vX was a worry i had before the changes came out but when they came out it wasn’t as bad as expected, as long as one of the gankers isn’t using glitched arrows and doing half your health every shot.

Maybe we don’t have to remove them, but we do have to nerf them significantly to be on par with other melee weapons.

Except I won’t be getting my ar.se handed to me because I’m really good with claws. Just like the last claws meta, I’ll conform and feel bad for anybody not using claws or glitched arrows. I want them nerfed so I can use REAL weapons instead of this gimmicky fantasy weapon that seems to pop up in every single meta

I would actually be fine with it if they had a mechanic that left you immobile/stunned after 3 missed hits. This way it isn’t just a clown fiesta and it gives you time to breathe against them