Roll back the patch now. Funcom you have caused more problems than its worth -which is typical of your patching history

Two clan members logging in stuck inside their foundations and with no way to get out aside from wrecking part of thier base build which will lead to substantial rebuilding with t3 components. Something like 35 thralls that were on the second and third floors of our base have gone. Others on the fist floor have sunk through the floor it seems.

Not sure what you were testing but this is absolute BS. Also unsure why you had to nerf the silent armor but you did.- scratching my head about that one.

Also hearing the pulp berry juice got nerfed did not now it was considered op, what was it doing?

When patching games you would expect that players would not be harmed by having to rebuild or re-invest time in stuff they have already done. Funcom you never honor or respect players spent time which is pretty rude.

This patch needs to be rolled back. Its was shoved out because you were taking heat on your forums and you messed up again like you always do when you patch.

Also unsure why you had to nerf the silent armor but you did.- scratching my head about that one.

You are joking right?

Rolled back because a clanmate got stuck? Tell the fool to take his bracelet off. Problem fixed.

Hehe, poor Funcom. Hope they are already on holidays and dont have to worry about this in the slightest.

Did you take part in yesterdays test? Probably not, and if so.
Did you report anything or just rushed to get the free dlc?

But since ive read the patch notes I know they have fixed 500+ things, so its a step forward.

And loose the gear they were wearing yeah great solution that.

I am now in the same boat logging in to find myself buried in the foundations this is crap.

That test for 12 hours was a sucker play dude. It was bait using a free DLC to deflect heat.- you fell for it I guess. Given the amount of physics problems still around which is not something new. You fell for ooh look a new shiny bit and did it hard.

12 hours and this poop still rolled out. 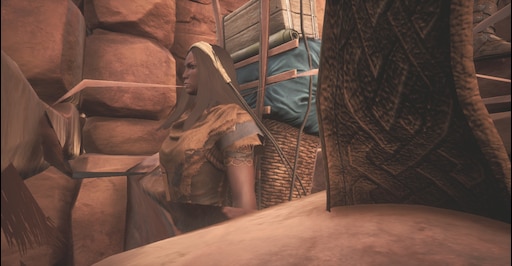 Like I said I checked and sure enough thralls have sunk through the floor and now you have problems placing new ones. This patch is fubar and needs to be rolled back.

I can see why it was done. But we weren’t told that in the patch notes. Even on FB they said if any changes were made they would be put in the notes.

You think the Kingslayer also should have been nerfed? Because it was.

Thanks for confirming the main issue here: you are as mature as a 12 y.o kid.

Yeahhh I helped stress test, reported 3-4 bugs, met cool forum people (unlike you hehe) been able to chat with some dev, got a free dlc for it, and collectively helped to get todays patch released, which most of players but you and a few are extremely enjoying.

What a trap ehh xD, we sheeps fell for it

Well back to the game to keep having fun ^^

yeah you fell for it why did we have to loose the silent armor recipes for a fix. Why do we have to waste time doing crap over again for a poor fix.

Very very mature answer, at the level of previous. Poor Timmy got his armor nerfed XDD

You never answered my question I am not expecting you too since all you do is create vapor.

I’d rather them release a buggy patch, than not seeing anything new for 4 weeks.

Funcom actually tried to not repeat history by polishing this patch a bit longer.

But had they done so, you toxic people would be returning to empty servers, cuz everyone would have lost interest already.

So you guys played on official or unofficial?

am now in the same boat logging in to find myself buried in the foundations this is crap.

Stone Spear, if they are in a clan can’t they drop their gear for you or a buddy to hang onto and then take off the bracelet to respawn?

went to another base to find some chests have decayed and loot bags are in the floor yeah this patch is working as intended.

the patch needs to be rolled back since more than just us on our server are logging in sunk deeply into the floors of our bases.

And loose the gear they were wearing yeah great solution that.

Better then me having to redownload a rollback and another devkit update.

Take less time to get the gear back then it would for thousands to download another patch.

Yeah… Roleback the 95% of people who HAVEN’T had a problem with this patch.

You’re looking for lose, not loose…

Plus, you can just loot your corpse and get back the stuff anyway.

Just take your bracelet off, ffs

on official server with 20 plus who are having the similar problems Halcyon. I’d say a roll back was in order this patch was not progress it was punishment.

Corpse is in foundations and not obtainable- someone else on server pulled the bracelet and no luck body gone.