I think they had a message popup for people to go to a website I like many ignored it so they either are moving servers so they are down or they down right deleted some. Either way it sucks cuz I just finished building and pet grinding this afternoon to come back to an empty favorite list.

Today funcom apparently is merging servers. Nobody was informed beforehand. Stand by for more info.

i didn’t get a message for that

I thought the message was about the removal of gods again.

Of the 10 or 12 servers I have on favorites, only one is showing up. The rest are down. Any news on this situation?

This issue may be related to 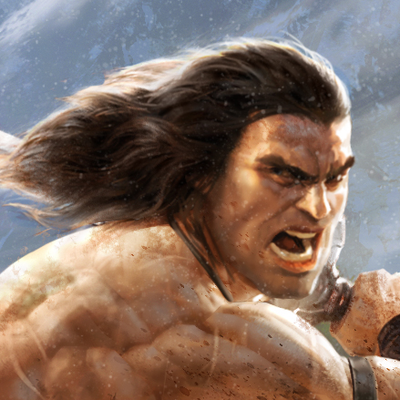 Hey everybody, Some servers in the US are being migrated during the day so there's going to be some unplanned downtime until that process is completed. Apologies for the inconvenience.

Awesome, thanks for the reply.

That tweet was from 2 days ago though. Are a bunch of the servers missing for anyone else? It’s like official server numbers 1400 to 1700 are all non responsive.

Problem is hope this not going obliterate all my crap if this migration happens mess me up… I just rebuild new Home & got lot t4 thralls again & they are focking hard get ones that matter.

Better message system would be good. I dont use Twitter

I have 9 Favorites down right now. This is new as of this afternoon. Two friends are also reporting multiples down. I’m glad this thread was posted, because I was beginning to wonder.

Hello, apparently you have to have twitter. No warning no nothing…feel the burn… Im lvl 60 with hunreds of hrs. Where is my kingdom?

I can’t log into my damn server. I was out in the middle of nowhere. You need to fix your bs of a game. Don’t give me this unplanned downtime bs. You should let people know when servers are going down for freaking maintenance. And I already reported this, but the problem is the don’t care about ps4.

It’s not just PS4. PC servers down as well. Problem is, they just don’t care.

Welcome to the forums, @Oreo. Believe me, I’ve been there, running off into Server Crash Heaven. I am not an official with Funcom but I do know the CloudFlare service is experiencing extremely high levels of disruption right now. This will affect the ways our servers are made available throughout the world. Please be patient and thanks for you report. I’m in your same boat on the PC at least. 9 of my faves are down, on 2 of which I have active toons.

Hello, profanity may get you banned. However we all (usa) players feel your pain. Im a pve player and my server is gone. Apparently you have to have twitter to get a heads up. Ill never have a twitter.

its not that fun com does not care about ps4 they dont care about their players…period…
the customer service quality expires the moment you buy the game. sad harsh brutal spitefull but o so true. best you can do? grin, think alot about milhouse and pray that one day funcom remembers where the money comes from.

I have a Tweeter for my in-game character name. There’s no planned outage for today or notices that I can see.

Im new to game and tbh this is horrible. Im watching new servers populate but where is all of our kingdoms? So you funcom do whatever this is during prime time with no warning. You think players are gonna trust you now? This kinda stuff turns me off.

They… don’t… care… about… your… opinions.

Best thing you can do is move on and stop supporting this game. It’s an unfortunate reality because the game itself has SO much potential if it were being managed properly.

But the harsh reality is that they don’t make any money from a majority of players after they make the initial purchase of the game, thus they have no real reason to care about our opinion or how upset we are at them. At first, I thought perhaps that it was an issue with the employees. But frankly, they seem extremely understaffed which isn’t their fault. So it either falls down to greed on behalf of the company for not hiring more employees to support the product, or perhaps a lack of funds from having to pay for the intellectual property rights surrounding using the conan name and lore. Not sure which, but it breaks my heart either way to see a game with such huge potential being squandered like this.