So…purges now spawning bases again anyone else having same issues? I play Xbox one!

More information is required. Where abouts is your base? Did build on a cliff? A island? and what is the purge you are getting?

I had a Chieftan purge spawn inside my base which is built primarily off the ground. I’ve since added more at ground level in hopes that will draw them to the lower levels in the future.

So…purges now spawning bases again anyone else having same issues? I play Xbox one!

The thing is: If purge cannot reach your base (being up on a ledge or something) they will spawn inside it. This is to prevent players abusing the mechanics of the game to dodge purge. Devs have said this is intended.

However, pathfinding in this game isn’t all skynet-level, so Im curious if there is something amiss. Im also curious what exactly counts as inaccessible? A closed door doesnt, does it?

The base that seems to be the favorite of Purges in my single-player is built on the cliffs near Camp 24. There’s an elevator going up from the cliffs, but it can also be accessed by following the long path from the river. Well, sort of accessed, since there’s a big wall I byuilt to block that route. But the Purge is happy to attack both the elevator and the wall, and no-one has considered it necessary to teleport inside my base. (It’s a pretty uninteresting base anyway, its main function is assimilating T4 Exiles from Camp 24. I guess stabbing a stonebrick wall makes for a more interesting pastime than looking around in a base full of basic-level stuff.)

When i read that you only had an elevator, before going any further my mind pictured each purge thrall waiting their turn to go up to your base to attack it. something like this 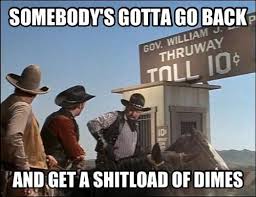 Didn’t know if this was intended or a bug

That’s the intention, I think. If you could have an entirely secure base from both the Purge and other players, it would kinda remove the “players vs. X” element from the game.

Can’t you build on a mountain where there is an actual natural path leading up there? Then you could fortify the path and defend it, but purge would still have a route…

I believe that if you build a base that’s only accessible by an elevator, you are inviting the purge to spawn inside your base.

As mention above, the foundation in question is likely the issue. If game chooses one in off spot, there gonna try and get to that one.

I had lone foundation outside base, (meant to keep fence/wall in line with rest of house) but it was near ledge. t was chosen as purge spot, enemies just spawned on top of lone foundation, XD

Well it was not that way before the post was not to say weather I deserve a purge or not I want to know if it is intended or a bug? So I have change my build style accordingly

UPDATE! After having a purge sneak in through my windows in my off the ground base, I built several buildings on ground level (mostly to push my claim outward to make trebuchet attacks more difficult) and the next purge attacked on the ground. Nothing to elaborate, just a few 3x4 houses.

Its a known exploit to build a couple houses on the ground you don’t care about and then build your house up high and pull stairs up so the purge can’t touch it.

Frankly I hope they make the purge smarter and ignore foundations that have nothing on / in them in favor of foundation blocks that have things on / in them because the purge makes playing the game fun for me and bypassing the purge iis something my clan mates do all the time to make it kind of a pointless thing.

This happened to me last night. I spent the weekend prepping for the Purge. Built up T3 fortification. A line of T2-3 archers, etc.

The X indicated that it would spawn outside of the base and so I lined up all my fighters and pets to meet that line. Most all spawns did so on that X but one spawned inside my base killing my dancers. I was picking up loot and did not notice until they were killed.

It may be intentional but it’s a really cheap trick. After I beat the purge I tore down all the fortification. It was totally useless if the NPC can just spawn in the center.

Now I just have NO walls and a bunch of defenders spread about. I doubt THAT was intentional. BUT it is the best way to defend…

I just want to make this perfectly clear.

Currently with NPCs spawning inside any defenses; there is LITERALLY NO REASON TO BUILD FORTIFICATION.

They come from several paths sometimes.

You can get 2 right out front. Or sometimes, 1 in north and other in south, with another in east.
And they don’t always spawn fully in turns.

You might see 5 peeps pop up on 1 side, and 1 lonely npc on another. You clear out 5, and then turn around and 5-6+ on your wall. Doesn’t take much for you to look away and have 1 run past, sucks worst when its a boss. XD

They can spawn fairly far out to, I’ve had run out pretty far sometimes to meet them head on.

I’ve built fortifications with the specific intent of repelling a Purge. So far, no Purge has spawned within those fortifications, and my walls have held just fine. So to me it seems having a fortification against Purges is working as intended.

Then again, my houses are built on the ground, not on top of pillars or trees.

Thats the key. If you are building houses in places the purge cannot get to, its going to spawn in your house. You have to build knowing that.