Yep. Almost like specifically was targetted for an extra nerf

Anyone worried about player strength vs their nerfed thralls, don’t be.

At level 5 you can get passive regeneration via the vitality line.

At level 20 you will be able to cap out one of your attribute lines. That means maxed out strength or encumbrance, or agility.

That means two thralls at lvl 20, or the ability to carry literally 100,000+ stone, or you can hit like a truck, or you can not care with a whole bunch of hp.

All playstyles feel better. Players will get more out of the game like this.

We can reroll perks now though. So, a bad thrall does not have to stay that way. Considering some perks give +15 vitality.

Didn’t they say he would still go as high as 12k?

Yeah, when they said that I was like mmm are you sure?

You can still get quite a bit of HP at lvl 20 and good perks + authority. But the nerf there is intentional as it was “bugged”.

My best so far: 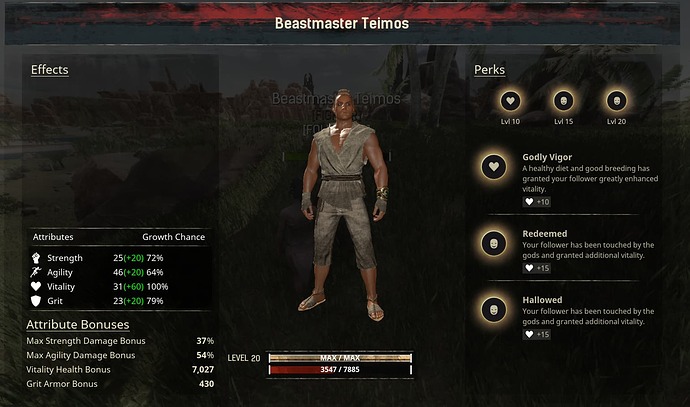 Do we know if thralls like Berserkers or RHTS can even get those perks?

So, basically Teimos is worthless now

To me, he’s always been. He was never intended to be that strong, he was always supposed to be a mid-tier thrall. If you want strong, there’s berserkers or the far superior strat of having an army of zombies

That thrall can kill all content currently. So, the nerf was balanced after all.

You really need authority though otherwise they hit like wet noddle.

Just finished my first 2 sessions in Age of Sorcery. SP, Barbaric with no mods.

The climbing ability of my character seems vastly improved. Even though the character has gravity defying directional abilities I like this change.

Graphic glitch areas in Sepermeru are still there. As well as terrain issues in other parts of the map.

Finding at least one sorcerer spawn in Sep City wasn’t hard at all. It also answered the question whether there would be sorcerer thralls that the player could thrall.

The construction hammer adds to a little pet peeve of mine. I cannot tell what materials I need to gather unless I have the hammer equipped and access the “F” radial menu. This ties in with my pet peeve about the Pride of the Aesir armor set in that we don’t know what materials to take to the Frost Forge. So it often results in a wasted trip or two. I do not know if the Pride of the Aesir resource requirement has been addressed as I started a new game. If it has, please disregard my pet peeve for it.

The 2 skeleton royal guard that were spawning outside of King’s Niche on the hill by the passageway to the Crown Grove area are still spawning/glitching there. 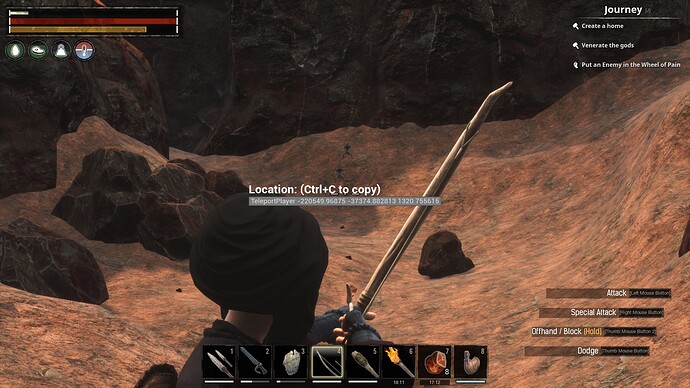 The alchemist exploit in Sepermeru is still there. I don’t think I could have knocked out Iblis with the 2 base truncheons I had. So I instead opted for a Worshipper of Mitra as my 1st thrall.

Daggers hit box seems to have been tweaked. No longer does the 2nd attack in a singular attack miss so often. I could not figure out how to do the somersault backwards with the daggers. Maybe I just didn’t see it in the keybindings.

I like that our character can now jog while holding a tool or weapon.

Human enemies seem to be quicker on the attack. I took a lot more damage trying to knock out any NPC’s than I used to with a truncheon.

I had also been getting a double spawn on the last testlive version. It occurred with Age of Sorcery testlive too. 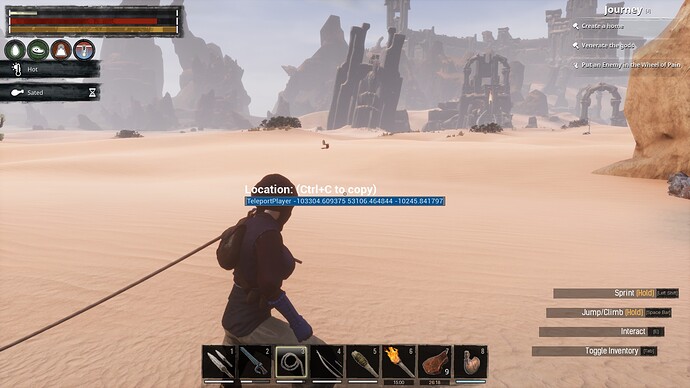 That’s all I can remember. I will add more to the thread as I come across things.

EDIT: re: the sorcerer NPC. I didn’t actually try to knock him out. Thus I never tried to put him into a wheel of pain. So maybe the sorcerer is thrallable and maybe not. I don’t know. Sorry.

I prefer RHTS to Berserkers, mostly because it’s much easier to get gorgeous women among them

Then let me introduce you to the glory of zombies

All the HP of a living RHTS, and none of the big titty

Yea but at lvl 60 you can easily max 3 attributes, or get a bunch of em up real high.

And you don’t have to “twink” for attributes anymore so you can focus more on items with special abilities like Karmic. That, or you can equip old style stuff and enjoy the damage/hp boosts like always.

Yea but at lvl 60 you can easily max 3 attributes, or get a bunch of em up real high.

I am aware, this is why I said to you guys to test authority before judging the nerf of the thralls as followers.

we might have to learn to live with taking actual casualties.

Basically this. At least for now.

Teimos is on par with other Black Hand tier 4’s which is where he should be. He was always broken (he was using Cimmerian/Forgotten Tribe leveling modifiers).

I’m curious to know whether he still levels fast though. That was always a great bonus to Teimos, you could max one out in half the time it took to get a relic hunter to 20.

Found a bug…it only lets you put fighters in the resurrection ground to make zombies. That would greatly limit availability since half the thralls we encounter are bench ones

Intentional. There is no zombie woodworkers for a reason. The zombies risen have their base stats on what they were in life

The passive health regen perk is broken too, the zombies regain the same amount of 1hp per second whether we take the perk or not. So steer clear of that one for now

any idea of what is this, why is even here
and why i can make a tower of bombs with it? 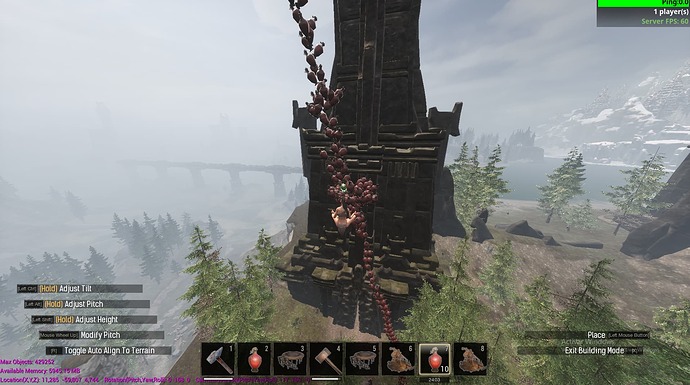 Well, with RHTS dmg modifier being about 1.2 now, does that even matter

I just tested the melee modifiers on snowhunter, teimos, RHTS, Votaries and Berserkers. They’re all around 1-1.22 now. I boosted a few in admin mode and the RHTS had a higher health than the Snowhunter even though the RHTS had about half the vitality (RHTS was 38, SH was 71)

My melee modifiers were wrong as some had food buffs.