The Purge Bugged, no enemies came

Hi, I posted this in bug forums , but since many other players from my server had the same bug, I repost here for awareness / to check if others had same bug, or managed to fix it etc.

"The Purge finally triggered for me and many other players from different tribes in this server. Since we communicate a lot, I can confirm the following bug happened for MANY players.

The Bug is as follows, but just the screenshots talk by themselves:

With a full purge meter, in a very accessible outdoor base, north of The Sentinels in the river (area marked as t1 in your purge map) and between the purge times (18 to 22) I get the Purge warning, telling me to get ready for a wave in 10 minutes. 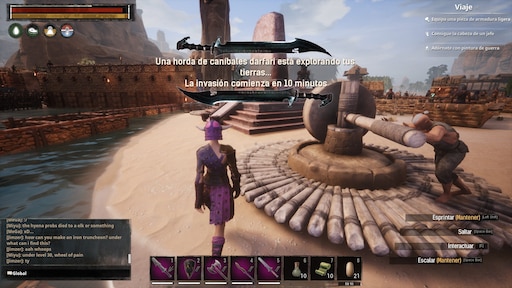 Three or four minutes after that (not 10, I was watching the clock because I was stressed for the attack) I get a notification of wave 1 being over / defeated, without any single enemy appearing, and without finishing the 10 minutes of preparation time. 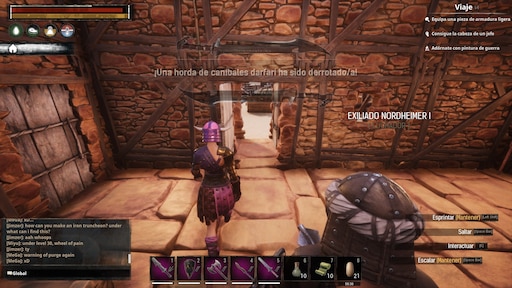 Then some time passed, and the same happened. Got a warning of imps coming, but this time in less than 30 seconds, wave completed. And after, the same, warning of spiders coming, 10 minutes to prepare, but in less than 30seconds, I get another notification of them being defeated. 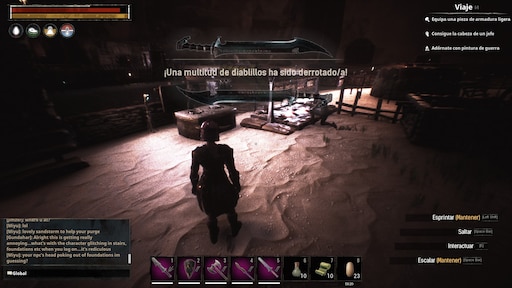 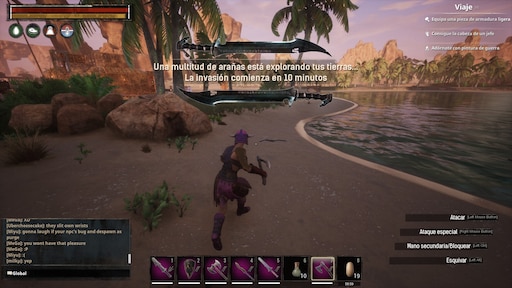 Oh, I got the journal achievement of surviving a purge after the first “failed” purge wave, not even after the third one.

So no enemy appeared, despite having all waves being announced, and 10 minutes preparation time never happened, as in less than a minute out of those 10, I got messages saying they were defeated.

This is my base: 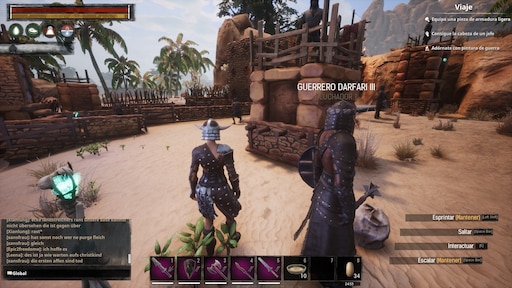 It is accesible by land, without even crossing the water, with a part of the base in the island next to it, connected by bridges.

Also, I can confirm that at least 5-6 other tribes in my server had exactly the same problem. While others didnt."

Just want to advice you not to put your archers behind fences - they will try to shoot enemies below and end up shooting the fence.

Thanks, but thats not the point of this, in my base there are close to 70 thralls, I have 2-3 turtle spawns every 5 minutes, which survive for 15s after multiple successfull archer hits.

Thanks for tip, everything can done better in this world, but tip was not needed and this is very efficient (picture showing a 5% of my base btw xD)

example so I dont sound as edgy xD: 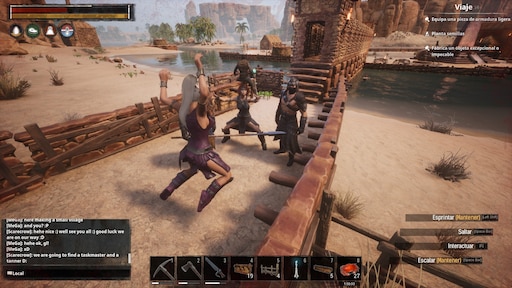 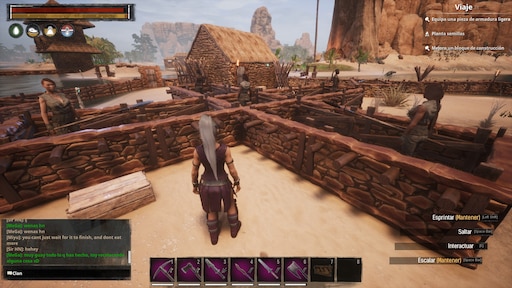 Checked angles on all archers, hit rate is like 90% xD

Have the same issue on our server

Good to know. Is it the whole server, only some people? Official, unofficial, pve / pvp?

We had a very similar issue except we were getting purge notifications and fairly regular intervals over a five hour period. It might have gone on indefinitely but our admin switched off the purge.

I just learned that a one point a few purge NPCs did spawn but they were very buggy and from the wrong biome.

Private PvE/PvP Server with PIPPI, actually 40 players and 8 clans, some purges function others do not. So as yesterday again. Got a purge announced with frostgiants. No Red Cross on the map and 10 seconds later the news: you survived the purge. Our clan got the xp.

Thanks for your reports guys. At least I can conclude its a widespread bug, so I expect a fix sometimes, at least if devs see my or other’s reports about this.

Very frustrating to wait whole week since release preparing for Purge, then it doesnt visit you haha.

Can wait for a fix, not gonna go mad blabla, but yeah, very frustrating / maybe should have been solved already.

Have faith in you devs, another thing to fix!

Hey, we also had a rather bugged purge. the first 2 waves didn’t came and it showed that they were killed, the last waves hit us normally. Even tho its only Hyenas and Imps but that went ok. Thralls seem to be stupid because sometimes they wont do stuff until for instance you as a player get hit.

Thanks for this reports, I think we have enough for a dev to come by and just say “reports received, worked / investigating the issue!”

We had a Purge yesterday in a PvE server, and the mobs came and were hitting our base but didn’t cause any damage.

Its somewhat of a different issue but thanks for commenting, it adds up to the general idea that Purges need some fixing so they work as intended!

Also there is some inconsistency regarding where the purge will happen.

"The purge does not happen in the southern-most areas of the Exiled Lands, so the first humble homes you build near the great river will not be attacked. "

But then, we have the “official purge map”, coloring the “noob river” (broken bridge, the sentinels etc) as a t1 Purge area.

And then we have this:

From the Official forums:

but according to this:

Does anyone has the purge map? :: Conan Exiles General Discussions

“The map is part of the post for the patch notes, but based on the new description, it is outdated.”

Anybody got this stuff clear? I have contradictory official sources, and nothing matches what happens ingame lol

I did notice that when that patch first went to TestLive. I thought it was quite bizarre that a single set of patch notes could contradict itself.

Anyway, I haven’t experienced any of these purge issues because the patch in question completely broke it for single player, so we don’t get any purges at all.

When the Purge was first announced in game did you open your map and look for a set of red colored crossed swords? I have had it on my server where another clan was being attacked but I still got the message of wave incoming ETA 2 mins. The purge was across the map from easily a 10 min run.

Aha! So it may have been this, which I would prefer it as an option vs having it bugged out.

Maybe my warnings came from a nearby base that was getting purged, so that’s why I didn’t see them!

What’s sure is the “prepare, purge coming in 10 minutes” and the “wave defeated” 30 seconds after the first warning has to be borken.

I had no cross in the map afaik, and this week, despite having purge meter full, had no purge even during purge times.

I can only conclude its broken atm xD expect em to fix it in the coming days. Well, more time to prepare I guess…

Regarding the conflicting info, I’ve yet to find anybody who has a clear understanding about it. Like “no, that map is outdated, river is no longer a t1 purge area” or whatever. And I include people who have been lvl 60 since second day, and have a massive ingame experience and knowledge about game mechanics.

I wont freak out, of course, but its funny to say the least XD

The south river gets imp purges. A friend got one two days ago.

The purge did not work for my clan too. Official server PVE 1976. The bases, most of them, are accessible.