Thrall-equipped weapons degrade? NO NO NO NOOOO!

I took notice of ONE change that I did NOT like!!! And that is when weapons equipped on thralls DEGRADE (watch video from 5:50 to see what I mean). 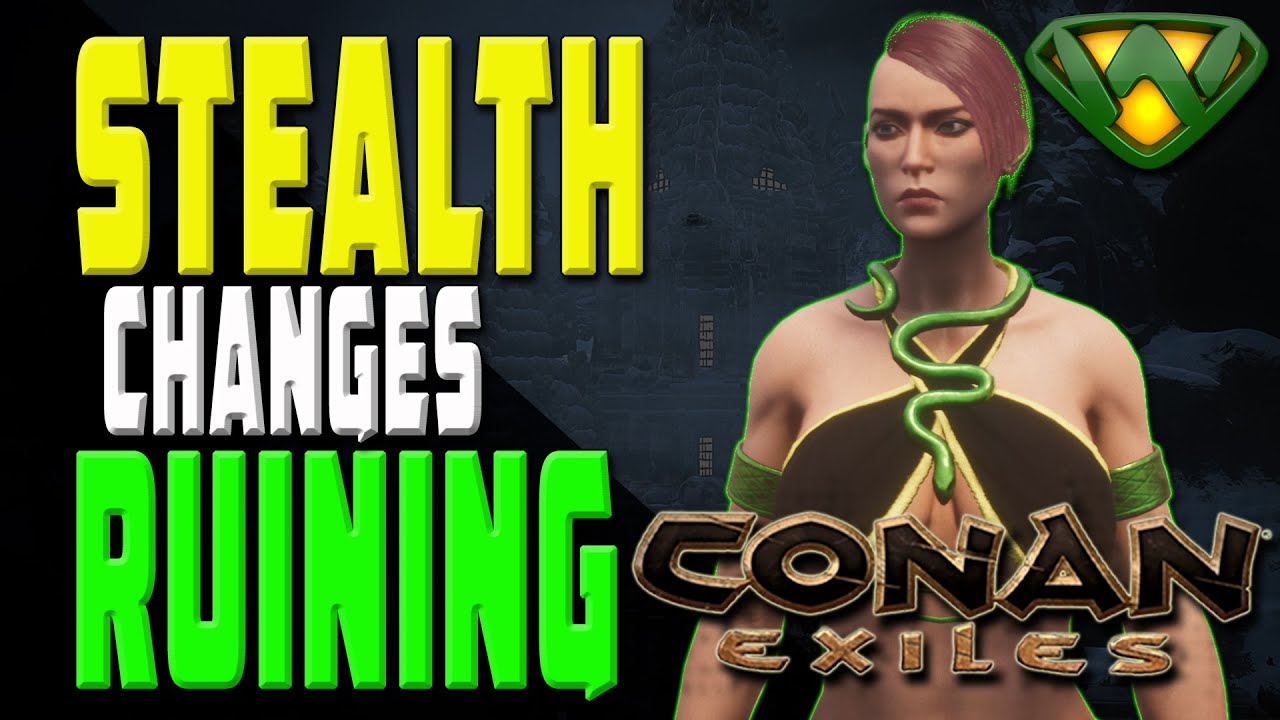 NO NO NO!!! Absolutely NOT, FunCom!! Stop this @Ignasi !! Tell the developers to NOT implement this in the game!! The thought of repair, not only your own weapons, but those of your thrall as well, it’s called MICROMANAGEMENT and it is NOT fun!!!

Too much nerfing! Could you NOT let that get past test live? A stealth nerf no less.

Nope. Bad move. Do not remove repair abilities from two unique items AND degrade thrall weapons. We have not asked for this and we do not want this.

Not noting this in the patch notes was pretty underhanded, too.

Funcom - this is ridiculous. Such major nerfs across so many weapons… with no mention of it? I agree 1000% with WAK in the video. Why do you do these things? it comes across as EXTREME arrogance to totally exclude your player base from the decision making process on such major issues.

And then the fact that weapons will lose durability?! As WAK says in the video, if your thrall has a legendary equipped and you forget to MICROMANAGE (SUCH FUN) and that thing breaks, it’s GONE. Not cool. Why why why do you break this stuff when I don’t know of a single player who asked for it / wants it / is not going to be pissed off by it.

I hope it’s a early April fools joke… I’m a parent renting my own server because I don’t have much time playing and if this happens I’m gonna quit as well, I have played this game since launch and it was fun when the grinding payed off and you got those good items, now its getting almost unplayable and unrewarding… Funcom plz stop this…

Degradation on thralls is a bad idea. A player knows how to fix a broken weapon; the thrall AI does not. Players do not need more micromanagement in the game.

I hope the lack of communication was simply an oversight rather than a deliberate ‘stealth nerf.’

Either way, I do not support this change at all.

Is there anyone with a shred of sanity at Unfuncom?? There are SO many infuriating bugs that actually need to be fixed and you waste your time writing code that makes the game even worse? JUST STOP

Are the developers on drugs? Or are they just trying to see how many of the remaining fanbase they can tick off and get to quit. Like it make semse to be able to track items on all your thralls. And whats with the silent nerfs? what r they thinkin changin the nemedian. Hire ppl who actually have common sense. They only thing i seen i half way agree with is a nerf to yogs touch though i dont agree with the nerf stats.

We’ll copy paste our answer to a similar thread in the general discussions section:

Funcom please do not do this! General Discussion

Hey there, It does seem that this video might have jumped the gun and assumed these are intentional, undocumented changes and announcing them as such before reporting them as possible issues in the Work in Progress build available on Testlive, or waiting for our confirmation. Please, instead of assuming something is intentional in a Testlive build, do report it to us first or ask if it is, at least, an oversight in documenting the patchnotes. In this case, it does seem to be an issue in the cu…

Degradation on thralls may be a mistake, or a bug, but it’s only 5% of the problem with the changes on testlive… the nerfs to the weapons!! the removal of armor pen to an iconic weapon!!
Just say no to drugs…

I could accept the oversight issue if I have not seen you guys do this in previous patches (The Ninja Nerfing) You did it with the Healing Waterskin and that was not in the patch notes.

Devs Seem to not care or think players will not notice when you Nerf or change something.

We’re asking you to just be up front and include all your changes in patch notes, Yes even if you make a weapon do 2 less damage then it used to, we care and we want a heads up about it.

I agree with his opinion in the video, and I also agree with the “Mostly Negative” Review on Steam. There is no Commuication between players and Devs.

Just to reiterate once more. This is a bug that will be addressed in an upcoming hotfix. It has never confirmed by us to be a feature nor a stealth nerf.

This is neither a change that’s coming, but a result of a bug that is being investigated right now.

I sincerely hope so, @Ignasi

ignaSIS, can you guys please look into the healing waterskin? that was an undocumented change in a previous patch , that noone wanted and there was quite a fuss, not asking for it to become strong as it was, but it could certainly use some tiny love.

I would also like to know then was the Nerf of the Healing Waterskin also intended or a bug? It was Nerfed into the ground it’s all but worthless, Think last I checked it might heal 10 HP total now.
Since based on what you’re saying “It was not Confirmed by Us” I’m sure many of us would like to know about that Waterskin.

I will add with the amount of things that seem to get Ninja Nerfed and you’re telling us not to jump the gun and assume it was intended but ask first, you can expect your bug reports to surge to levels you have never seen before.

For those that dont think it happened