What change would you like to see to Siptah

I would like it if RNG was reduced on recipe gathering. Getting some important recipes like Grandmaster weaponsmith/armorer can be quite frustrating.

all recipes should be available … also i would desperatelly need a lighting overview… one of the most beautifull maps i seen in games is been taken down due to extremely bad lighting… too dim most of the time , or extreme contrasts and the storm that dulls light followed by an extremely dark night (could be soften a bit so it does not limits gameplay (speaking of pve perspective) would be nice… fix the lights in ios… the team that worked em did a horrible and too cheap job with the filters

I agree- I feel like the sun needs to be higher in the sky somehow, like part of the bad lighting is due to there always being long shadows cast due to a low lighting angle.

Fix the lighting would be the one change I would love to see. It is so dark and miserable most of the time, the shadows are strange.
Placing lights and they seem to be absorbed and the area of effect from them is so tiny as to not be worth it in some cases.

The map could have had a more horror feeling, I shouldn’t feel comfortable there demons roaming around!

All religions should be present ON the map.

Would have loved to see more variety on biomes, wish every part of this map was the quality of the south map.

Dungeons/vaults are just boring hallways filled with mobs… and a boss at the end. Every vault feels somewhat the same. You go left, you go right, you go up, kill stuff and be done with it. Its nowhere near EL quality.

And the tower… I prefer to spend 5 fragments of power on the recipe I can choose than spending 5 on 5 different ones I don’t care about. You should only gain acces to the tower if your character has all sigils active. The gear should be endgame gear.

I’m okay with a little RNG, but Siptah has everything on RNG. Key recipes like grandmaster and midnight alchemist shouldn’t be RNG…

Special armours look like recycled stuff from what we already had with some exceptions. I’m talking about delving for legendaries. Same story on exiled lands with a lot of legendaries.

I play both maps, it feels like Isle of Siptah didn’t get as much time compared to Exiled Lands and thats why I think its worse. For me I have hun on both maps and its not all that bad, for example using mounts is way way better, the vault buffs are kinda nice. The surge is a nice to have extra.

A legendary should in my opinion have a unique look to it with unique stats or effects. Not copied or ever to be copied.

Less resource availability and more knowledge scattered around the map. It feels like Siptah was designed to be more thunderdome and doesn’t have the legs like exiled lands.

Which resource? The resources are like everywhere but like getting huge amounts of black ice is harder than Exiled Lands

No wonder: there the Sun rises in the West and sets in the South.
Why they did it so stupidly is a big question.

True. But you don’t need to bundle up to get it and it’s literally on the way when farming eldarium. I easily have 10K always in inventory because it’s just that easy to get.

For my take I don’t agree with almost any of the stuff you have in the “solution” quotes there OP. Maybe rain, I dunno…

I like Siptah as it is. It’s very different from EL but a lot of folks think it should be just more of the same - which I think is poor judgement. After you learn it and understand how it plays it’s pretty good as is and doesn’t need many changes!

What I would like to see in Siptah is maybe the Vaults had difficulty modes - Normal and Veteran upon entry maybe. Same with a lot of the content on the new northern islands too maybe… The statue pool, the grey bases, and so on… more loot for harder more challenging play.

The one thing I would add to (BOTH EL and) Siptah, would be a friend system. Meet another player? Hold E and select ADD FRIEND. If accepted, you can now see each other’s position on the map when you press M. This could be matured to include resource sharing and various levels of accessibility to each other’s bases too.

I don’t mind Siptah being different than Exiled Lands. But RNG has got to go. This isn’t 1977 anymore. So leave the dice rolls out.

This is one of the reasons I love the Savage Wilds map so much. Its basically Exiled Lands 2.0 with all the Siptah stuff (minus the vault recipes) but with most of the RNG cut out (still have relic fragment and delving RNG). If you want something, you kill something for it.

I understand how that conclusion would present itself at first glance or in casual play. But the way it seems to work in practice is a bit different. So yeah, there is the RND of let’s say recipe drops. But after a few weeks of even casual play at level 60 you acquire enough materials to generate enough surges to get all of the recipes in just a few hours. And while that might be a slight exaggeration for the solo player, it’s absolutely not for a team of two or more. So, at that point, what does RNG even mean? “Almost nothing” is the answer I get. And if anything it promotes comradery and teamwork.

It’s just a way to generalize and spread the activities which pay off. And there are areas in Siptah where it’s like you’re hoping for… the Grey bases for example… Want the Grey recipes? They’re always in the same place - just go kill that mini-boss and his minions and there each is - somewhere around thrown.

There’s such a wide diversity of activities in Siptah that IMO at least, the RND portions are more than welcome.

I like idea about needing full sigils to enter the tower.

The Devs did a good job making the fiend sigil being so easy to obtain by sprinting straight to the boss room.

Well harpies’ difficulty would mean solos would be rare to get into the tower. That vault…it took better than an hour and a half just to retrieve my gear as I was getting winged death by at least 4 different birds at the same time. 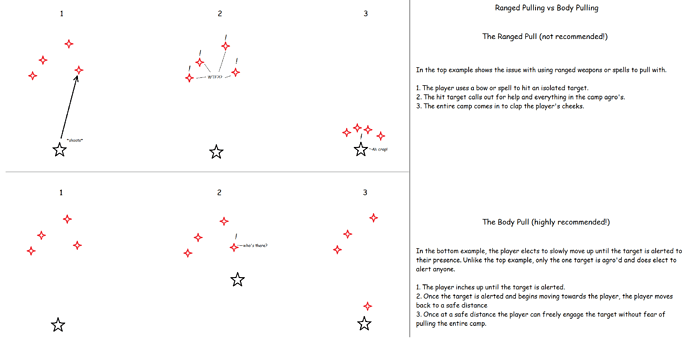 Usually this is done in games like Everquest 2, but interestingly enough it works in Conan Exiles as well.

Yup! perfect! Works 90% of the time. And if you have a melee thrall you can use them to achieve this too. Send the thrall to the position in lower number 2, and direct them back to your location before actual engagement. I know in his case he was trying to retrieve his goods, but…

Hi there Mighty_Oakk, great topic which could yield some valuable feedback. Here are my suggestions:

1) Dial back the RNG: like you said there is just a little too much here. Feats such as the midnight alchemist and glowsricks should be on fixed recipe tablet or book.

2) Rework the lighting: like other members have said, its just too dark in shadowy areas, even in broad daylight. For example down by the river in bottom of the canyon on the western side of the map, running beneath the Bridge of the Chosen and around the Violet Isle. Sometimes I use a torch in the middle of the day dagnamit.

3) Restore the Maelstrom to its former glory: the Maelstrom lost all of its imposing, scary charm when it was toned down. Please change it back. Just look at the support it had to restore it.

4) Bring back flying rhinos: so much good fun and value were lost when we ‘fixed’ this. People had posts and imagesgalore sharing their humorous experiences. Please being it back.

5) Increase the stack size for ‘???’ artifacts: especially the lesser ones. Even increasing the stack to 100 would be a great improvement.

Oh and I almost forgot, the most important one:

Weather and temperature effects. Also, dangerous sea creatures…those sharks that you can see but not get near come to mind.