What change would you like to see to Siptah

I like the shadows. I can have bases right on top of folks without even knowing with the shadows. There aren’t as many nooks in Siptah to used for small hidden bases and the conifers are quite hard to do much with so shadows are critical to my builds on Siptah.

Fast travel, midnight alchemist, the feats from the warmaker and snow

Nope- easy to get black ice with two people and two bearers. Like ridiculously easy. On official servers.

It is actually a little harder on Siptah.

So, while it’s “easy” in both maps, Siptah is roughly 6 times harder.

My character then has some serious BO because I always aggro the two at the front door. Wasn’t always this way but sometime last year, it changed and I can’t sneak by the anymore.

Anyways, Siptah collecting is far more my style because I hate monotonous grinding.

Dont know why you people always choose the hard and long way but black ice is everywhere is the center of the map - no vaults required. They are clustered on the northeast mini island- you fight sabers and bears.

The only place you wont find any are on the southern islands.

So easy way or hard way your choice.

My character then has some serious BO because I always aggro the two at the front door. Wasn’t always this way but sometime last year, it changed and I can’t sneak by the anymore.

Run past them, get to the stairs, then climb on the side rail of the stairs. Stay there till they loose their aggro and you can get all the BI in that room. Then to the room to the left, there’s an angle in the wall on your left that forms a little cubby hole or “crack”. If you crouch there the one giant in the room will walk over to you, look puzzled, and walk away. From that location you can grab all of the BI nodes except one (in that room). Next run by him and jump over the edge as if you were dropping in to fight the Write Dragon - but cling onto the walls. There are another 10 or 12 nodes you can pick up without dropping down to the Dragon’s level. That’s it, that’s the whole place cleaned out. Now if you’re encumbered just walk past all the Giants. Encumbered + Sprint is exactly the right speed that all of the giants attacks will miss you. Ofc, if you’re not encumbered even better, just run out and go home with the loot.

They have killed stealth. You can no longer wait for the right moment and make a robbery like a ninja. the life bar gives you away at all times. They have killed surprise attacks. remove that you are damaging a part of the game. it’s just that you give up the bar when they hit you. they have killed the stealth

1) Dial back the RNG : like you said there is just a little too much here. Feats such as the midnight alchemist and glowsricks should be on fixed recipe tablet or book.

This 1000% I believe the rng is just filler to stall till the next update(s).

They have killed stealth. You can no longer wait for the right moment and make a robbery like a ninja. the life bar gives you away at all times. They have killed surprise attacks. remove that you are damaging a part of the game. it’s just that you give up the bar when they hit you. they have killed the stealth

Conan was a thief after so it stands there were others out there. Thieves often need sleath so, yes this was a blow to the game.

They are slowly killing the game. why be a zamorian thief if there is no hiding

Currently the only thing I’d change is to tone down the color saturation a bit. Sandstone looks really out of place and placed light sources are too orange.

EDIT that pretty much no one will see but I came across a wonderful example of: 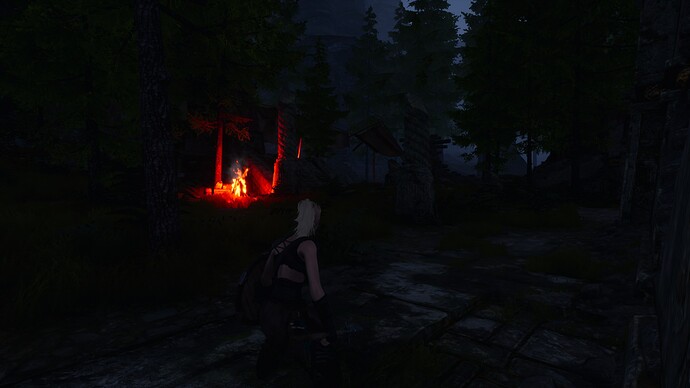 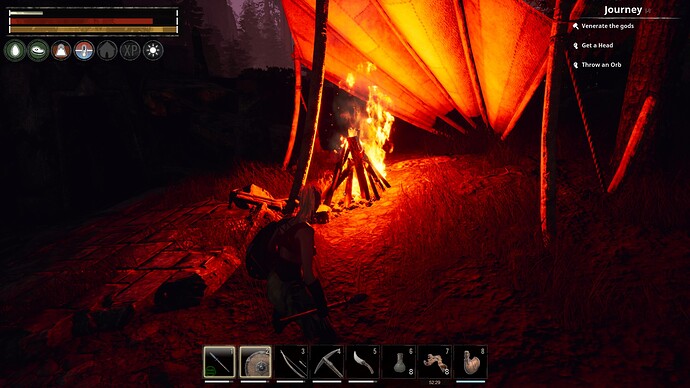 As much as I love siptah’s natural lighting, stuff like this with fires/braziers/whatever and the tangerine orange sandstone building pieces can’t be intended. seriously now.

And the RNG isn’t that bad for most of it. You easily get more than enough fragments to get everything from the tower in a couple of days.

If they just moved grandmaster kits and midnight potions to the tower RNG, I’d be fine with it.

This 1000% I believe the rng is just filler to stall till the next update(s).

At least I have 20 - 50 of the serpentman statue’s, totems, venom queen and witch docter.

Lmao, the RNG is a true disaster, but it doesn’t stop there, last week I spend 100 fragments of power in hope to get the Voidforge bow… but there wasn’t even a single one out of these 100… you can bet I’m super happy with my 20 recipes of heavy weight truncheons rotting in a chest.

The RNG is a joke, I don’t mind a little RNG but this is out of hand and seemed like a “quick fix” over the ability to put these recipes on the map on some tablet like in the Exiled Lands.

Which one were you looking for?
Took me ages to find the ones I got a temper armourer and a weight armourer, haven’t found the shield armourer yet

Exiled Lands has also RNG thralls, but IoS has some not even accessible unless you do surge. So it feels worse on Siptah.

We have reached the oracle of Siptah. Toss in your coins and pray for noncrap.

obelisks and map, painting for the chairs of the rinos and horses

Why surges? The sandy island left of the eye of ekim holds a lemurian camp. There is a post there that with a gravedigger gives royal armour pieces along with lemurian weapons there… Just loot the piece, repair it with a legendary armour kit to bring it to full hp , and delve it… And u will get the war court armour recipe…

haven’t found the shield armourer yet

I found 2 Llor in a week on a route that only has 1 armorer spawn point. (and apart from the first couple of days I haven’t even done that route that much)

But PSA, Llor is an archer so watch out that you don’t just think it’s a named archer and kill her.