After server restart our entire base, bases, everywhere across the entire map was wiped out and our clan was on last night farming and building, event log said everything lost stability, it’s caused the my friends to now quit the game, why did this happen, why even our small hut away from the main base get destroyed and no it wasn’t decay, almost everything we’ve build was T3 at this point including a Nemedian Inn that took hours to build

Was this on an official server? Or a modded private server? If the latter, I’d guess it was a mod issue. I can’t imagine what would cause all your buildings to wipe on official without it being a ban or something. That really sucks, man, sorry it happened, whatever the cause.

If it is a decidated / private server. You can just rollback the server to a backup file. Otherwise, if its official server, there is nothing that can be done. I never heard of an official server rolling back to a backup.

If it was a ban then they would not have been able to log in and find out that everything was gone and see the event logs. So this was not the case. However, the question of if it was an official server or a private server. Or if it was a modded server or not is very much a valid question and without that information we will never be able to guess as to what may have caused the problem.

Official server, we dont do anything other than just farm and build, all our thralls are still under our control, just every single thing we’ve built is gone

Its been done before.

why did this happen

Welcome to the forum!

You need to request information through zendesk. Funcom won’t be able to provide details here.

Was any of your structures blocking resource spawns or game structures? Resources include momster/wildlife spawns as well.

If so, they you likely got reported and your structures were all removed from the server.

We don’t want a refund we want a stable game where this doesn’t happen in the first place. It was all fine before, until this update broke half the game.

Yes I’m super pissed, i’m about to quit the game, since its more of a waste of time collecting stuff and building to see it all lost in a day. Tell me… where is the fun in that?

That really does suck, man. Hope it can get worked out, and hope you don’t quit the game over it.

I doubt it. A stability bug would account for a portion of a single base, not all bases being completely wiped.

This smells like admin intervention due to a report.

@CodeMage
I believe we have just bad info here. I don’t say that op is incorrect about what he says but it is a foggy report with many gaps. Bringing something like this in general discussion brings nothing good. The only thing that will prevail here is negativity and it won’t take to much time before members will start throwing stones to each other.
@Drizzte, Welcome to the forum, if you ever loved the game and no matter your frustration you want this to be taken seriously from the company, help them and take it to the bug report section. Give as much as information you can please, it is very important for them to know all the details.
I am sorry for you and your friends.
Welcome to the forum

sounds like admin deletion. Someone may have reported you for building abuse, blocking of game content, spam claiming, lagging. Happened to me as well. It doesn’t need to be a ban associated with it

not entirely true. You are still able to log in on the day of deletion, as the ban only goes into effect once a day. And not all deletions are associated with a ban now, which is the right thing to do. Why ban somebody if it hasn’t been malicious and the cause is gone?
If they were smart and had timer connect on all buildings to be able to refresh their buildings from a single log in, the deletion of one building will delete everything that is timer connected

Enjoy the ban good sir. If you get 2 it’s a permanent ban for that account so you have that to look forward to. Been playing this game legit for 2+ years and now my account is banned for “land claim spam” when I can tell you first hand my clan read the vague rules and did our best to live by them but nope apparently not good enough

I don’t see the original poster saying that they were banned, only that their bases were destroyed.

Yes, I never received an official ban, I just could not log into the server for three days. When I finally logged in, only my northern base at the deep lake near the dam was gone. Maybe they considered it too big? It was definitely NOT blocking any resources, but was close to two NPC camps. Not close enough to despawn the NPCs. (Shrug) 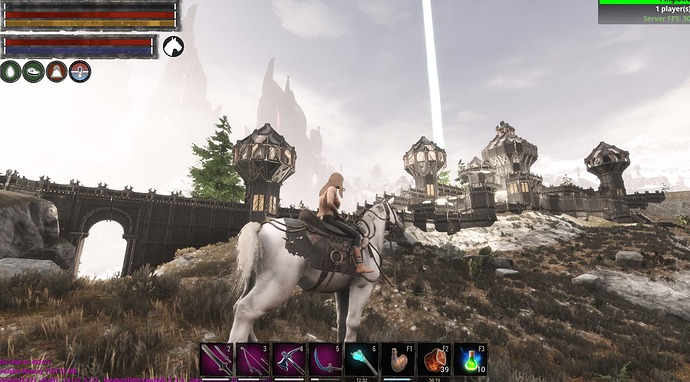 The other side was just a barn, a fishing building, a temple and a maproom. I was working on a build just east of the temple, but had not despawned anything.

you want this to be taken seriously from the company, help them and take it to the bug report section.

I love you to death, but my bug report was completely ignored then closed. I do not think it is a bug, I think it is FC on a frenzy.

Cool looking base. Sorry that it is gone now. Does not appear that big to me.

Literally 99% of the base is what you see in that picture.

Cool looking base. Sorry that it is gone now. Does not appear that big to me.

Literally 99% of the base is what you see in that picture. 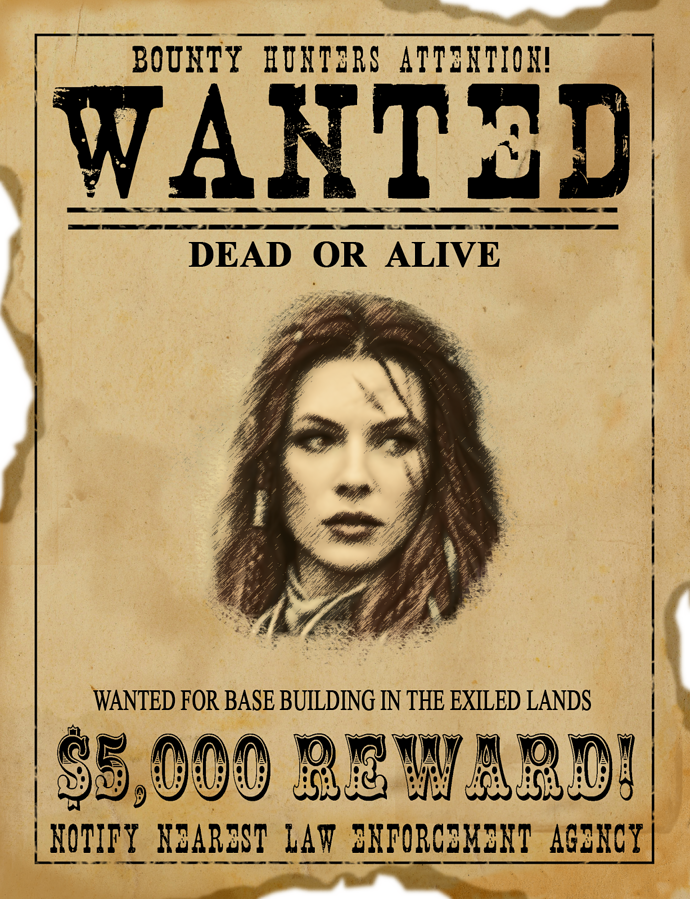 Something for your wall from your favorite troll…