We are releasing our first major update since the release of Isle of Siptah, focusing on bringing a major overhaul to many of the economy and crafting systems of the game, as well as bringing an oft-requested feature: Character re-customization!

With update 2.1 we are bringing a massive overhaul to the crafting systems to the game. Previously, “crafting power” was heavily reliant on having specific Tier 4 Crafting Thralls, which would not only make it frustrating in case you didn’t find the specific thrall you needed, but also made other, lesser artisans less relevant. With the Economy Update, we’re aiming to shift most of that power into the workbenches themselves, giving more prowess and choice to you during crafting by making those bonuses be available from the workbenches themselves without the requirement of a specific thrall. 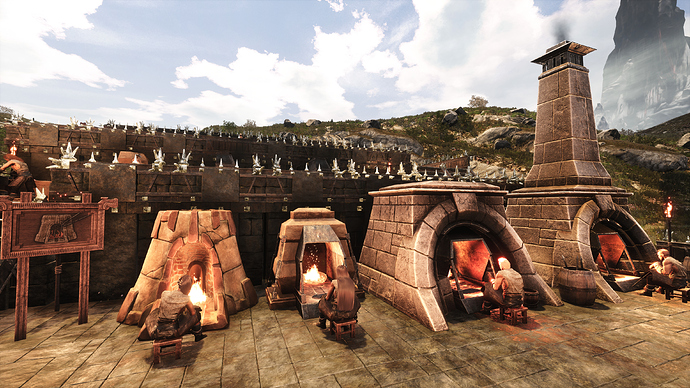 With that in mind, we also took a look at the crafting progression in game, which up until now was too linear, with very general choices that lead to an uninteresting advancement through the tech tree and some recipe bloat in some stations. To that effect, we are adding new specialized crafting stations with an end-game split in their focus giving them more vertical upgrades in terms of crafting power, but also horizontal progression at the end-game where you can choose what stations to use based on the specific bonuses they give.

That doesn’t mean that crafting thralls will have no use in the game anymore! First of all, they will now provide multipliers to item stats they craft based on their tier. This will be the way to have improved gear since we’re doing away with exceptional and flawless item qualities, instead relying on these artisan bonuses. Not only that, but we’re also implementing a new Tier 4 Crafting thrall specialization system, where some T4 artisans will have a specific specialization that will improve certain stats when crafting.

We have also set sights on revamping the fishing system of the game and the recipes that depended on it. We are removing the passive fish generation of fish and shellfish traps and we’re also changing the recipe of stone consolidant, which will now require resin instead of ichor. 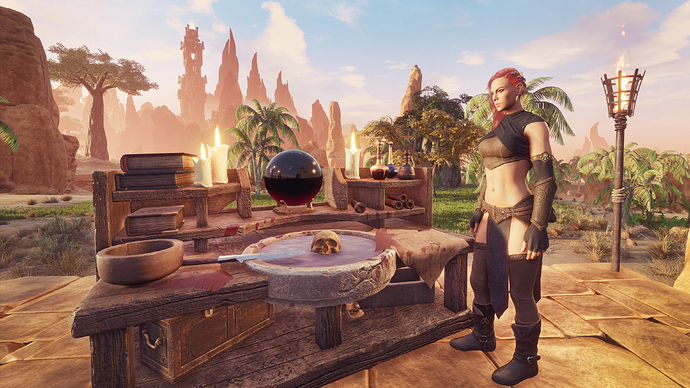 This patch is not only focusing on crafting and economy. We are also adding to the game something you have been asking us to implement ever since our earliest days: you can now re-customize your character! Accessed through the new vanity mirror, you can now change your character’s hair-styles, facial and body features from the comfort of your base!

To top it all off, we are also bundling in a myriad of other fixes and improvements to the game, both for the Exiled lands and for the Isle of Siptah map. This includes a new Family Sharing server setting admins can use to limit the use of this feature on their servers. This change will also affect official servers once 2.1 goes live, please check our announcement for the specifics of this change.

We can’t wait to let you try all these incoming changes, which is why we’re releasing them here, on Testlive, so you can give them an early look and try them out by yourselves! Please share any feedback you might have or let us know of any issues present in this Work in Progress build so we can release it live the best it can be.

Thanks for your ongoing support, and stay safe! 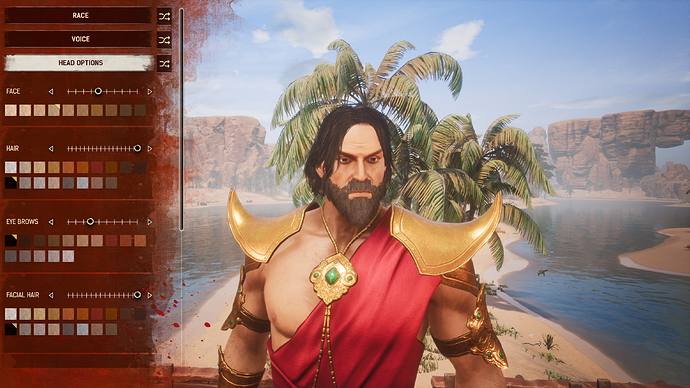 Have you wanted to change your character’s looks, hair or makeup? Now is your chance! Build the all new vanity mirror crafting bench and use it to change what before was permanent. The new vanity mirror is available to everyone, but those who own the new Isle of Siptah expansion are getting some brand-new options for hair and faces! 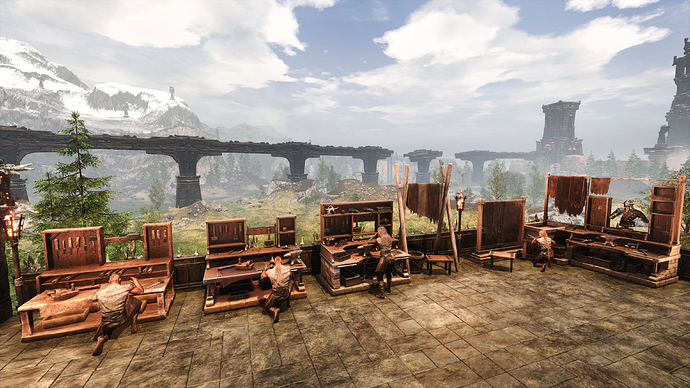 There are thousands of different recipes in Conan Exiles, and one of the main purposes of the update is to simplify crafting and reduce the number of recipes! 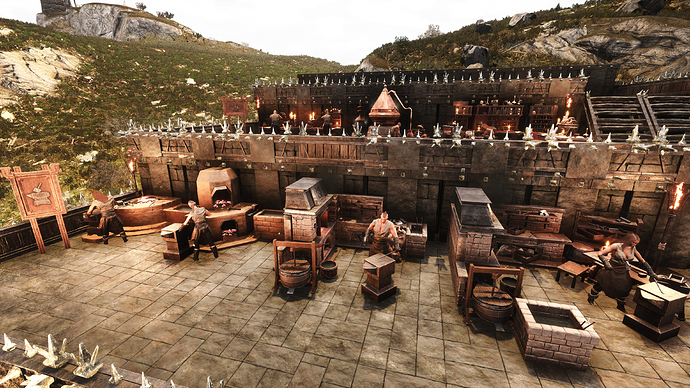 So, what happens to your high tier crafting thralls now that there is no Exceptional or Flawless gear and the crafting stations grant improved benefits? Many of the thralls have gotten unique specializations which give bonuses to gear. For example, an Edgesmith grants weapons additional armor penetration, while the Bladesmith grants weapons a bonus to damage. In addition, some thralls also increase the attributes granted by the armor depending on their tier.

Even though high tier thralls lost some advantages, the items crafted by thralls with certain specializations will be more powerful now than before!

I’m very pleased to see such a big update coming soon, and most of these changes sound positive to me (especially for Siptah). This might be enough to finally convince me to install TestLive and check things out. Keep up the good work!

I loved almost everything, but I hated the new Steam Family Sharing settings!
I hated that, since I used this feature for the family (Brother) not to play with my character! What advantages can this give? this has no explanation (unless you want to sell more) THERE IS NO ADVANTAGE IN PLAYING EVERY ONE AT A TIME! at least release one for family!

Will these changes come to consoles before the Siptah expansion does?

This update will be part of the full release of Isle of Siptah on consoles.

Nothing to combat the rampant cheating on your official servers? Or is that what the family sharing change is for?

how am I going to tell my brother that he can’t catch the game after almost 3 years? sell the family pass, I buy it. I don’t want to have to buy the entire game with all the DLCs again.

If it is a bug or cheat made with this feature I will understand and will remain silent. after all without the game without CHEAT is more important.

This new Family Share setting is most-likely to prevent people banned for cheating from evading their punishment by simply creating a new Steam account and rejoining at no cost.

This update sounds pretty amazing. Can’t wait to get over to testlive and check it out.

already convinced me! it is a good cause … but it would be more viable to ban the main account if someone in the “family” made a mistake. I don’t know if there is a difficulty regarding this type of choice (technically speaking). Ban the family. I respect funcom for the decision, but I was sad.

It’s very minor but has the Thrall voice dialogue issue been resolved. They all want to bite my throat and I miss some of the other voices and lines.

Thank you for the update. Going to have some fun in testlive.

damn.,… so all “legacy” t4s crafters are crap now? i remember when legacy fighters and thralls were rendered useless, i foresee a crapstorm heading your way funcom. geez… that is a really bad call, instead of just randomly add specialization, how about you give the opportunity to players to TRAIN Their T4 crafters using the new benches?

finding T4s in siptah can be really a hard thing to do, i mean common, you can always stash the t4 crafters and re deploy them , i am sure you can find a way to allow players to train their some of their hard to get thralls,

Note the presence of the word “might” in that sentence.

i am more concerned of the rest of the sentence. removing it from previously acquired thralls is a REALLY bad idea, really bad! they should allow the posibilty of train them . in anyway we please.

were you here when they added the leveling system to pets ?? remember what happened to legacy ones? i fear this could also happen again.