We’re releasing a new patch aimed to iron out remaining crashing issues, as well as server browser woes. We’re also including a couple of exploit fixes as well as a fix to crafting stations. 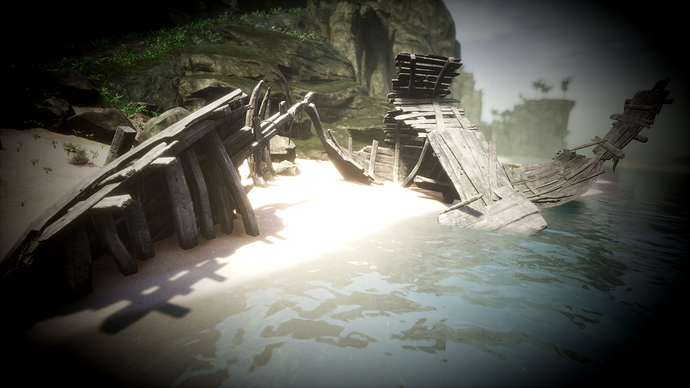 Thanks again for your ongoing support and feedback. Stay safe!

The beta watermark with revision number is still absent from the bottom right corner of the screen. Is this intended?

this patch is best

crafting fixes , now everything what is smelted crafts instantly . 3000 hardened bricks in 3 seconds

Not all the time working, but yesterday i maked base expansion on t3 just because of 3000+ hardened bricks in 3 seconds

this bug is there since a very long time , I don’t know what triggers it , but when you have 500+ oil in firecamp or any bench that use oil / bark , to work will act strangely from time to time and insta cook or smelt or tan all what’s inside in a few seconds , I lost a lot of good fishes ( improved fishtraps) with this bug turning them instantly to cooked fish then putrid meat , in the other hand when it happens on smelting stations it feels better but dirty like an exploit … ( aslo the 1000 oil I have turn almost instantly to 520 ~ 550 oil remaining )

so now I always turn on fire before putting my fish to cook , at least the only thing I loose is the ~400 oil

I’ve experienced my first fatal crash since this patch released. I was in the middle of combat against human NPC’s when it occurred. If you need the full log file, please let me know. The tail end of the log file follows:

How long before this becomes live??

From the original thread:

Watermark in lower right corner of the screen PC Discussion

I may have worded that wrong, apologies. The watermark is normally only shown in testlive. This appears to be a bug, understandable since they had quite a bit more on their plate, but still a bug. Better? Regards jim

The “bug” being that the revision number is also shown on PC Live, not just TestLive (correct, @Jim1?).

Hey everybody, Quick update: We’re looking into the remaining server issues and working on some fixes. Regarding the ever-showing revision number, that will be fixed in an upcoming hotfix.

Removed build revision call-out from the bottom corner of the screen.(1)

Do you no longer see a revision number on TestLive? (this could be unintended);

I believe this test patch has the under-mesh/green wall fix in it. Saw some posts where people are reporting dying from out of play are in caves. So tweaking before they can release it i am sure.

How long before this becomes live??

Hopefully as long as needed to avoid major bugs.

That bug exists since a very long time, works with any bench or workplace, as far as i have seen, it doesn’t “insta-craft” everything but reduces the crafting time as if the thrall were there since the begining

Do you no longer see a revision number on TestLive?

Correct. The revision number is not being displayed in the Testlive client.

I personally don’t know if TestLive is supposed to display this revision number, though.

It used to display the revision number, which is why I asked instead of just calling it a bug.

would be a good surprise if so, but as nothing said about that in patch note, let’s hope you are right

The food does not appear in the followers, will it always stay like this?

New update is out!

Greetings, Exiles of the Testlive lands! You might have heard the news by now: We are growing Conan Exiles with a whole new expansion of content, Isle of Siptah! [IsleofSiptah] With it, we’re also releasing a big update aimed at re-balancing, fine-tuning and improving some of our game systems to make gameplay more enjoyable and visceral. We’re overhauling the temperature system by changing how building and clothing pieces protect your characters against the weather conditions, as well as re…