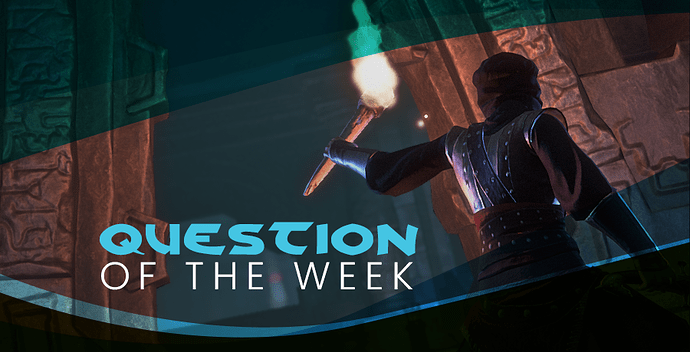 Greetings everyone and welcome to our newest question of the week!

In one of our previous polls (What is your favorite game mechanic in Conan Exiles?) you gave building an edge over any other game mechanic. It is clearly one of the most fulfilling and beloved features in the game, offering a huge array of options to express yourself, recreate famous landmarks or just show those damned Lemurians that if you’re going to be purged, at least you’ll do it in style!

We’ve been adding in new styles since launch as cosmetic DLC to expand on the options and visual variety builders can choose from when claiming their foothold in the Exiled Lands. From dusty sandstone constructions to mighty Aquilonian palaces, there’s a style for everyone and every situation. And the most skilled of our builders even combine many styles into one gorgeous eclectic mix of Cona-rt nouveau. So, with this array of options, our question of the week is: what is your favorite style to build in Conan Exiles?

Since this might be another tricky poll for you avid builders, we’ve set this poll to be multiple choices, with a minimum of 1 and up to 3 different styles you can vote for. Once again, results will only be visible once you’ve voted. No peeking!

Once again, voting in the poll is just laying the foundations for this question and you might want to elaborate on your choice(s) in the comments down below. You can also show us your best creations, because what’s to building if you can’t show it off to the rest of the community?

I use a mix from several dlc’s and ingame parts when i build. Trying to combine them to fit whatever theme im going for. Only rule i have is no spiky bits.

Would not mind getting more stony bits to go with my castle fetish. A t3 alternativ to insulated wood will also be welcome.

I mix styles a lot to try to get the “right” look I’m aiming for.

Sometimes I only like the top of a certain foundation - but not the sides because of the spike-look. (too many spikey foundations…)

Aquilonian has one of the most plain-looking foundation sides, so I end up using that one a lot for a smoother look.

I usually start the foundation of a building with the Yamatai foundation - the stone-looking side of that foundation is amazing. I wish there were walls to match that.
I’m not a fan of the yamatai floor though, so I end up building around/ontop of that with a different style block.

With stairs - I consistantly use Aquilonian or Turanian because I like the solid look. I don’t like to see in between the steps. I really like the frontier steps, just not the spaces in between.

For roofing, I have recently discovered Turanian roofing looks amazing on Arena pieces. I’ve started playing more with that concept.

Doors - love them all. I mix and match them a bunch.

Like most people here I like to mix things, but my favorites are Aquilonian, Insulated wood and Yamatai, these are the ones I use the most from.
I also try to avoid too much spikes, makes it look unfriendly if you want to build beautiful.
I especially like the Aquilonian floors, stairs and fence foundations, they make great looking outer walls.
For house walls I really like Yamatai since they don’t look too much off from any side, and their roofs are just beautiful.
The insulated wood is great for so many small things like bridges, small balconies, piers and other, the inside of the insulated wood walls I find ugly so try avoiding use of them unless I really have to for fx ships

I often use something from most of the building styles, but the 3 mentioned are those I use mostly

Aquilonian looks good, but my PS4 turns into a jet-engine if people use many of Aquilonian build items…

If it wouldnt be for the bricks, I would say normal T3 and Khitan. Fits the Conan world the most. The under things are either to japanese or romish-empire.

And I still refuse to buy season 2 pass. I have the money on the account, but as long as FC doesnt fix the crafting menu… On consoles (with season1) you scroll >30 seconds just down to craft a chest.
@Ignasi I am not the first person who compains about that… Whats so hard to seperate the crafting menus?
And why are armors often not sorted… Silent legion helmet is way on top, some are in the middle and boots or chestpiece farther down.
I get so annoyed now, that I will open a bug ticket.

Insulated Wood feels most immersive for foundations, ceilings, and roofing.

I have similar fondness for Arena, but the absence of sloping walls and fence foundations is a design constraint.

On my official server I have built in Yamatai (enclosed map), Turanian (ornament), Arena (large castle enclosing 2 vaults and a large wheel), Khitan (production house), T2 for an iron base, Turanian again yesterday for a round wheel/altar house. I love Aquilonian but use it sparingly. Hmmmm, tough vote.

I usually mix n’ match from multiple sets. While I may have voted for Aquilonian, Arena, and Turanian for overall base construction, the stairs with railings from Frontier and the foundations from Black Ice are a staple of many a base and infrastructure project.

Black ice foundations make for some seriously good-looking floors without busy patterns or bumpy bits sticking up all over the place (Aquilonian foundations/ceilings, I’m looking at you).

Similarly, the Frontier stairs and Turanian stairs look good with almost everything. The former are great for rustic locales, or if I’m building along a cliff-side, the later go well with stonework where I don’t want to be able to see thru the treads.

In future building sets, one thing I’d like to see is more of the multiple styles of the same piece that we saw introduced in the Arena set. For example, Aquilonian could really benefit from alternate foundations and ceilings with less ostentatious top surfaces, and it would be great to have two additional wall/frame options where we could have the same artwork on both sides. Indeed, this is a major detractor from the Black Ice set — the outer stonework on the walls looks badass, but the wooden lattice on the interior? Yeah that’s all been replaced with Khitan or Arena because it looks so ugly.

So yeah, I love the majesty of the Aquilonian and Turanian sets, and the additional building innovations afforded by the Arena set, but there are still a few gems from the others that I can’t pass up.

Also, it would be great to have T2 versions of all the T3 fences so we can have non-spikey railings for more ornamental areas.

Impossible to answer! Every style has parts i like, parts useful for different or special things, parts i hate.
And even some of the disliked parts may find a use. Building is a complex matter, so there is no best or worst. And i think it speaks for the overall quality of the styles that they can be combined.

Two things i want:
Some have brought up the idea for stone matching color with surroundings. That would be so awesome.
And want to build arched stuff, with pillars not in the center of a tile, but at the corner …so essentially a massive enhancement of the whole building system. Dreams…

But overall i had much fun with building and will have.

Aquilonian is my go to for houses because it looks good. If I want the cold, f*ck off look I go black ice with reinforced crenelations. In general though, I love the look of frontier for the castles and Aquilonian for single buildings.

And people who use sandstone anywhere north of the savannah biome should be instantly targeted. Ruining the landscape with your peasant thrall camp.

I use Yamatai for my castle and Insulated Wood for the village my crafters live in.

Me for my part likes to build with insulated building pieces. But I like also to layering and patching different styles. What I particularly like is that you can laminate foundations. So you can place an Yamatai foundation and “laminate” it with an insulated ceiling piece.

Wait, what? You can put a ceiling on a foundation? But only the insulated one? Or only the Yamatai foundation?

It makes sense, I know you can put foundations on ceilings (at least I’ve done it mod free in single player)

Yeah, I know you can place a foundation at a ceiling. But he said the other way…

Also mix 'n match.
South: Floors Frontier 'cause all nice and liney. Walls alternating Yamatai (stairs) and Khitan, but Stonebrick for the Furnace and Forge stuff (some Mods for some walls, etc (Glass used for showcasing)
North: Black Ice for far north and Insulated for the rest
Swungle: Insulated and Frontier with smatterings of DLC
Arena for Arena (obvs) as well as for fortification looks
A Lot of RP kinda stuff, mainly from Mods, to make things look lived in and ‘real’.
Since I use several mods, it seems unfair to do screenshots

To do this, you have to do a little trick. I don’t know if this thread is the right place to provide tose steps, but I may open a “Advanced Building Tricks” Thread on this forum

Insulated wood by far takes up most use.

But Insulated foundations make up 90% of there use, XD

Khitan roofs and some of side stuff fill in-gaps.

Aquliaon (not voted for) makes up bath/swiming pool part of house. XD

Sandstone is 3rd, because it fits many of southern zones.

Insulated just fits better, love the style. (thou to bad fair missed most of last dev streams, and play solo…so dont even know what 2 newer styles look like)

Honestly my favorites are from mods (Stygian stuff that matches the buildings in Sepermeru, and a whole additional set of machicolation pieces for the black ice, plus rounded windows and doors for all sets). Otherwise I like the insulated wood a lot, as well as some of the stonebrick. I sadly don’t have any of the DLC, although I desperately want them for the additional building pieces.