NO new hairstyles being planned per the livestream!

Yes, please! I would love to see more character customization options in general, and hairstyles are among the most impactful, in my opinion.

More haircuts please heck even an afro for my dark skinned character or some puffy hair anything not straight for my warrior. Im tired of being bald because its the only hair besides the long braids that match but even those clip with your body. More african or tribal style haircuts please funcom u got my vote. Heck ima a pvper but I like to look good and roleplay also.

Im always open to anything new in the character customization scene

I feel your frustration here @Alexandria, I really do, and I have stood by your side in the past in openly supporting the addition of new Hair and Beard styles, and the ability to customise them. Something akin to a Barber in Sepermeru, or a customisation Mirror. Here is what I read regarding this issue via (Multigun’s summary of) the Dev Stream:

So let me ask please Funcom, and yes I am beginning to get snippy now, exactly how much more support does this darn well need before they will actually entertain this idea and make it happen…!? How badly do we want it? This, Armour Display Manequins and Musician Thralls would have to be the single most requested items in the history Conan Exiles. It has dozens of threads, most of which have a bucket load of ‘likes’. Im being serious here, what more does it need?

I’m commander Shepard and this is my favorite thread on the Citadel!

Even more than new options, the ability to change in-game would be really appreciated.

There are a lot of times when I’ve just gotten access to a new set of armor, and have had to give up on the helmet because it just doesn’t render right with the hair or face paint.

As it is, you have to guess and memorize what customizations will work in the later game when trying to get off the cross and start playing.

Yes please please please give us the option to change our hairstyles and our character names (with a cooldown of course) enough of us have asked for this for a long time! Thanks!

I had a thought. How is it that people in the Exiled Lands can shave their head, or shave in a mohawk, or shave the entire right side of their skull and yet none of them know how to shave their armpits?

On that note, how is it that they know how to trim the hair around their nether regions, yet none of them know how to shave their armpits?

I used to be grateful that games don’t have a smell simulation built-in. Now I’m thankful the forums don’t, either.

Man, I really wish they would add more options for character customization. I really need to make this: 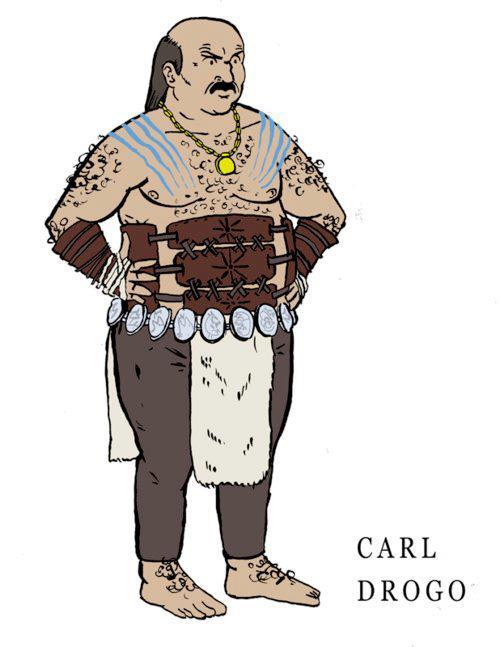 Pretty please Funcom? DON’T leave every little cosmetic addition to the modders. Mods are great and I love the folks who make them. But you really shouldn’t leave ALL the character aesthetics of your game on their shoulders!

Maybe it will be tied to this DLC lol.

Seriously, I would like to see the hair, beard, and eye make up be editable for a fair price. Maybe have each Major City have 2 or 3 new versions each that you have to go there to get your hair did that way.

I sometimes wonder whether the problem isn’t that Funcom isn’t aware of what is wanted, but that the decision makers (budgeteers) are very unapproachable to “new” ideas that aren’t their own.

If I am being unfair with this statement, then I apologize, but this is the impression I currently have of Funcom. No offence.

I think it’s more that they need to see that it’s worth the time and money. This thread has a lot of support behind it, so it’s headed in the right direction. If they can approach the finance team/leads and say, “Hey, this thread on the forum has a lot of traction, they’re asking for whatever”, that has a lot of power behind it. If it’s just, “Hey, this random person posted that they want hairstyles”, and no one responds or likes the thread, it has no force behind it. It’s meaningless to someone that has to look at time and money invested.

That’s how I and a bunch of other roleplayers helped them realize that fixing VoIP was worth investing in. They just need to know it’s not one person wanting a feature. An entire community that buys their DLCs has a very loud voice.

Which makes it even more baffling why a request for an armor mannequin and new hairstyles has been reverberated across several platforms and communities almost as much as sorcery and mounts have been, and still Jens conditioned “when there is enough interest we will do it”.

If Jens, one of our favorite quirky community managers, is not aware of the “interest” generated, i can only come to the conclusion that he actually knows there is interest, but is setting up the scene for a great push and putting the “interest” on the radar of the otherwise unapproachable or unimpressionable decision-makers who might watch the stream to “precide over their employees”.

The community managers we have are sharp. Nothing passes their radar, therefore I feel like they are sandwhiched between intrigue and duty and are pretty much discouraged to set a priority to any feature requests. I.e community managers are to remain neutral and manage feedback, not “process it”. Or in a more eloquent phrase: “Monitor requests, as opposed to emphasize the gravitas of a request.”

Jens was forwarding that emphasizing to us. Which we are doing right now. So I hope this gets through, cuz if this doesn’t then Funcom has an illiteracy problem.

It would seem that we currently have 3 seperate threads requesting more Hair and Beard styles, and the ability to Customise them and other aspects of our appearance during play. I am pleased to say that 2 of them both have over 12 ‘likes’ each.

Could we very soon have an option to recustomize and rename our characters? Itd go very well with the new bio update. I just want to have the option to change my name from something other than my gamertag or if I made a typo. Also, itd be cool to have the option to play with a beard or not. Or different hairstyle. Thanks!

would like if possible to allow the change of appearance (not gender during game play) but like hairstyles. Also Would be epic to have a few new hairstyles that brings out the “its my world now” type feeling to players.

Yeah, I’d say this is something a lot of people would love to see!