We’re releasing a new patch with a fix to the issue that made Treasure Seeker Treasure Hunter thralls to revert to 100HP thralls without equipment. After this patch, they will go back to their old self and with all the previously equipped gear in them.
We have also bulked up in cough syrup and distributed it to thralls and player characters to stop the pneumonia outbreak when they were idling, as well as fine-tuned the running stop animation.
Many of the issues regarding altered item stats (such as different temperature protections) should also be tackled in this patch, along with some performance optimizations with assets in the game and other bugfixes.

Thank you for your continued support and for your invaluable feedback. 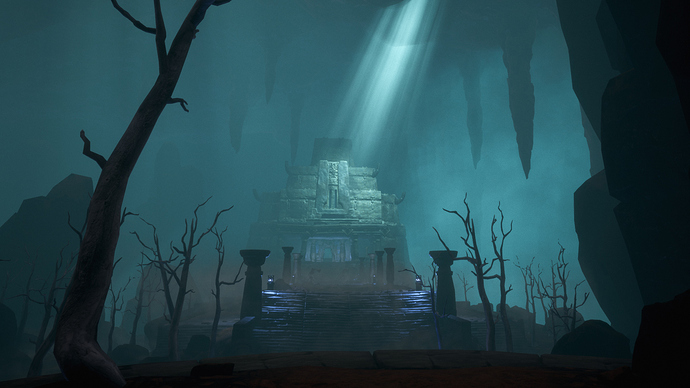 much appreciated, will test as soon as d/l completes…

it’s ust too sad so many of my thrall died in the purge becouse they don’t move.

Did this fix the pvp flags

Performers are not dancing. They just stand there, but they still give out entertained points.

EDIT: They took awhile to dance. I left the area for a bit and came back.

Logged in just long enough to check my hot button issues. Sadly neither seems to have been addressed in this hotfix.

I don’t have any Relic Hunters and I don’t use a lot of thralls so I was unaffected by the more notable issues that the hotfix addressed.

It usually happens with my performers since a long time. Not a new issue.

Finally I will be able to play this master piece with full gas again! Thanks Funcom. 16GB for me is a 8 hours download. But I’m sure it will worth it. Looking forward for the others corrections. Someday I’ll write a book about how this game is incredible.

Can we please have some information on the attack avatars (gods) and when they will be coming back or if there has been any progress? Any information is appreciated

I thought my character and i had something in common w coughing . Also loved unlimited stam

Incredibly broken. Every new dlc messes up the game.

Yeah! I had bear shaman on in the cold, rip

Well ya did it again funcom dev fixed a bug of thralls who are no longer with us due to your poor mistakes of disrepecting relic hunters GG. We got mounts to look forward to in a goddless broken exile land tho thats always neat right…Haha. An update to fix error caused by misleading people niceee.

I’am not soure this is a “bug” ore a new thing in the game. Befor this hot fix my full set off the Asura armore give me benefit from harvesting material’s. No the armore have no value.

I know this is somthing i can do with my stats. So i can harvest more and quicker. But the armore give it too me. So i putt point’s in other stat.

Every game has its problems. Show me the perfect game and I will never play Conan Exiles again. Have you ever thought how big this game is (not talking about the map, but the game itself) and how much resources is has, running in the same time and with many players together. And it’s getting bigger and bigger everytime Funcom give us more content and resources. If new bugs came up, it’s because Funcom is always improving it. Better than get it stucked in the past.

Hi, not sure this has happened or has been fixed with this patch. So I had a “named” Fighter thrall and one day it just became Performer. All equipment was like they where not there and I couldnt move her. She was my main follower while out in the world.

I do have a request. I have been asking about it in Twitter since I have started playing Conan. Extreme Weathers and/or events. Sample: Tsunami or Hurricane in the coastal/rain forest area. Or eruption at the volcano. The sandstorm is to limited in both area and times. So adding more stuff would be fun.

You do realize a few months back. Conan was a PS+ free game, right?

Yes, the patch should solve your problem with the named Fighter thrall. And this forum has a specific place to post sugestions: https://forums.funcom.com/c/conan-exiles/exiles-suggestions