Today marks the day when we’re releasing the biggest expansion of content for Conan Exiles to date: Isle of Siptah! 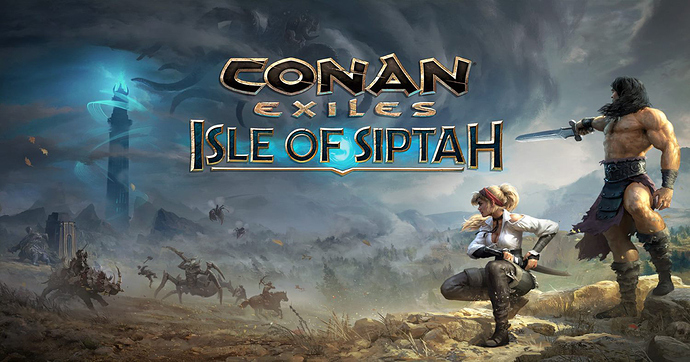 With it, we’re also releasing a big update aimed at re-balancing, fine-tuning and improving some of our game systems to make gameplay more enjoyable and visceral.

We’re overhauling the temperature system by changing how building and clothing pieces protect your characters against the weather conditions, as well as relaying that information in-game in a more consistent and straightforward way. We’re also aiming at re-balancing progression by tweaking experience and resource gains.

On the combat side of things, we’re also adding a few changes to make your actions matter more, adjusting how healing items are used. We are also improving PVP settings for servers, adding not only options for each day of the week (instead of the old distinction of only weekdays or weekends), but also a new dynamic building damage system to expand the possibilities of player versus player combat and raiding beyond what was possible before.

In this update, we are also adding the possibility to load custom maps! This opens up the modding possibilities for Conan Exiles, allowing modders and players to expand the playground with new, community-made custom maps. We can’t wait to see in which ways our modding community expands the game in new ways not possible before.

We have also bundled in many exploit fixes, many general fixes including one that aims to prevent offline deaths based on temperature changes, a toggle for camera shake as well as many fixes to improve followers and world NPCs alike. 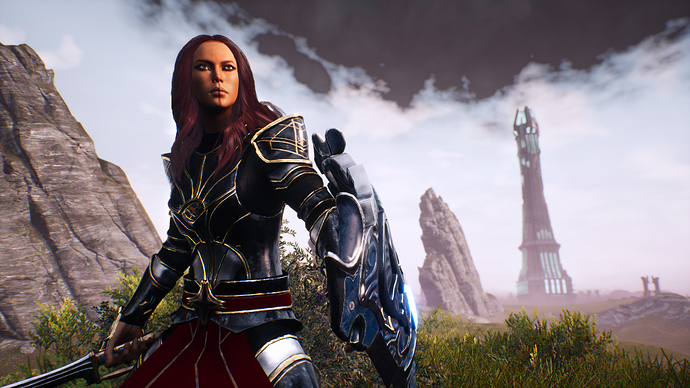 These are exciting times for Conan Exiles, and we’re extremely grateful to have all of you along for the ride.

Thanks for your ongoing support and feedback, and stay safe!

Please remember that updates can mess with your installed mods. We recommend disabling all mods until each of them has been made compatible with this update. 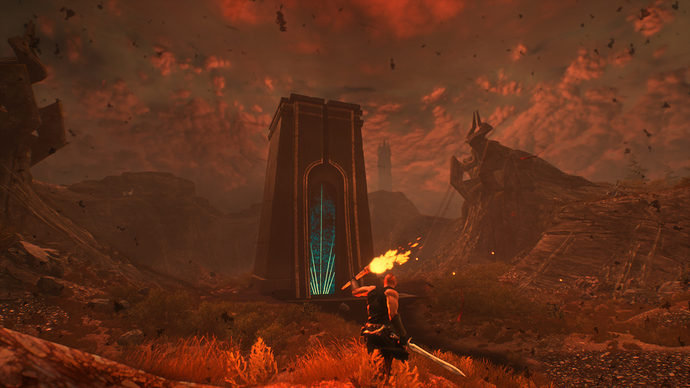 We have reworked how building pieces and clothing affect your character environmental protection, and also improved how temperature changes are relayed to you on screen. Gone are the soothing buff and insulation and temperature protection stats, and in come Heat and Cold protections and buffs. For more information on how this works, read here! 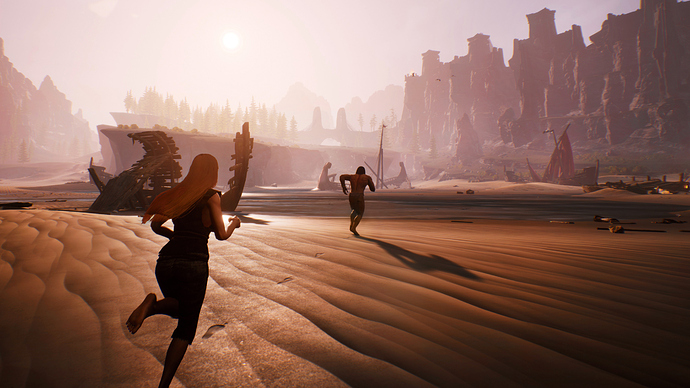 We have normalized experience and gathering gains across the board, and making them be the new default. For how this affects you, either if you play solo, in an official server or run your own private server, read here! 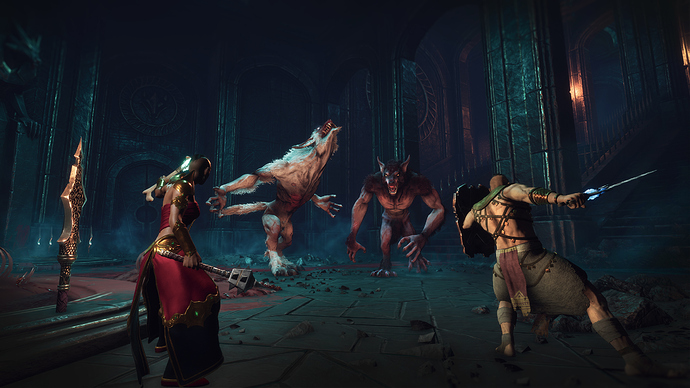 We are changing how healing items are consumed and work to make combat more visceral and your actions more deliberate. PVP server settings have also experienced a facelift, with new customization options, as well as a new Dynamic Building Damage setting to customize offline raiding, or disable it altogether!
For how this affects you, either if you play solo, in an official server or run your own private server, read here! 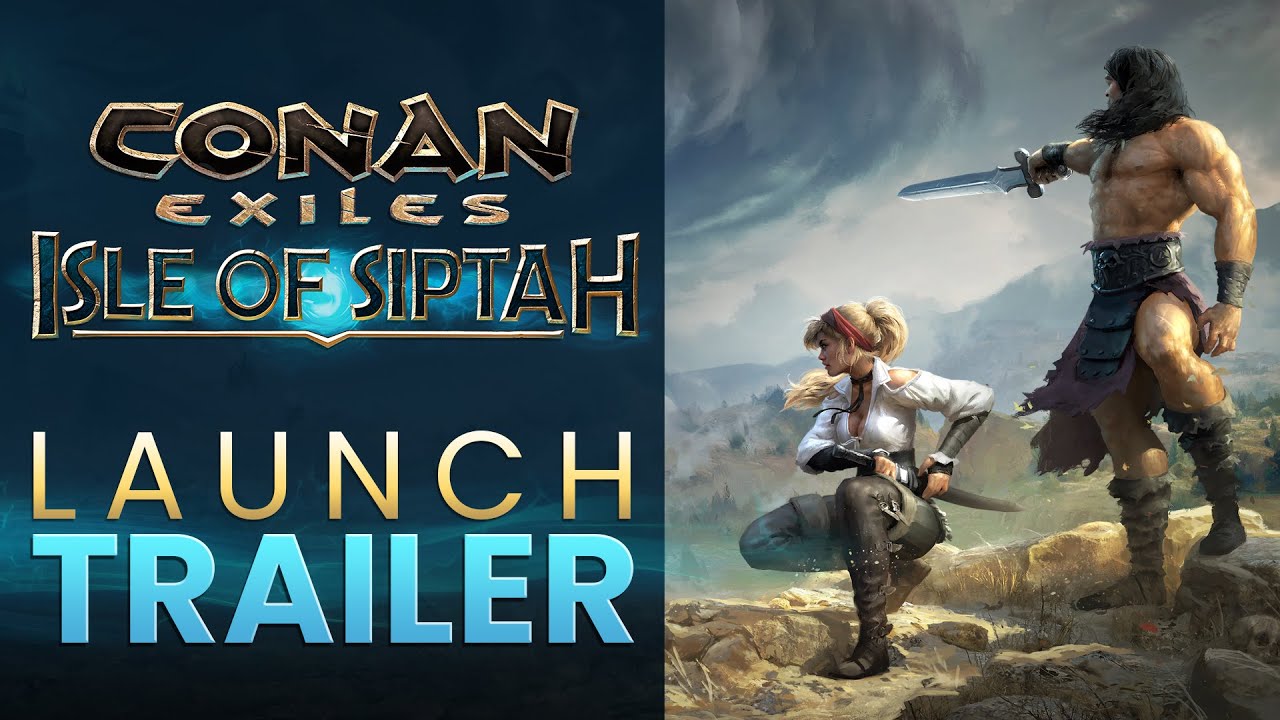 Isle of Siptah is by far the biggest addition to Conan Exiles to date. You’ll have a whole new world to explore, new legends to discover, new enemies to defeat – and a completely revamped endgame, featuring surges of magic, island vaults and a new environmental challenge: the Maelstrom.
Included in this expansion is the new Isle of Siptah, a place full of new challenges and content for you and your friends to discover. Two new building sets are also included: Flotsam and Stormglass. 3 new armor sets and new weapons, as well as the new rhino mount which will allow you to tame and ride a mighty new mount: the rhino!
For a full description of what this DLC expansion contains, check out the Steam store page!
Access to these new features requires owning the Isle of Siptah expansion DLC.

Hey everybody, Our Lead Designer, Alex, is sending another update regarding these changes and how they will reflect on official servers at (Early) launch today: Hi, As several people have mentioned in the thread, there is no good single solution that caters for all players regarding building damage on PvP server because there are several contrasting objectives of different player groups on a PvP servers. Due to the miscommunications about Dynamic Building Damage and player concerns about th…

Hello there. We are in the final hours before Conan Exiles first Expansion, The Isle of Siptah, where it launches in Early Access for PC. This post is meant to be informative with regards to Siptah and modding Conan Exiles. With that, I ask that you please be aware. Siptah has made a lot of changes to various systems in Conan Exiles. Nearly every mod will need updating to some extent (not just my own, which basically all need updating themselves, and what I have been working on nearly non stop…

So how do private servers choose this map?

Is official servers up? none will populate for me?

take that back. the map defaults to exiled lands after save. I am using Gportal

welp content said it was already installed, but now im downloading 60 gigs of stuff, so i guess i didn’t have it fully installed yet, will check after its done downloading, probably this is my problem.

how to install the map on dedicated servers?

For those of you hosting a server for Siptah, @Toolguy is still working on an update for the tool to allow for a dropdown menu. Until then, add this to engine.ini:
[/Script/EngineSettings.GameMapsSettings] ServerDefaultMap=/Game/DLC_EXT/DLC_Siptah/Maps/DLC_Isle_of_Siptah

Also there will be an update tomorrow or Friday with the proper backup of the Siptah game db, at the moment only the main map game.db is backed up.

Keep an eye on updates for the dedicated server launch tool here:

Introduction Our Tools Programmer Mickaël put together a tool to let you more easily set up and run a dedicated Conan Exiles server. After a few rounds of iterating, we wanted to make this tool available to you guys for testing and feedback. We also made this walkthrough to, hopefully, make the tool easy to understand. Please post any feedback you have about this tool in this thread so we can improve it. Quick Overview The Dedicated Server Launcher is a small utility program designed …

Cannot start game after update. Get an error that says corrupt data and to verify installation, then crashes to desktop. I verified files, but still will not start.
PS: I have not purchased the Siptah DLC. I am simply trying to start up the game locally to play the standard map that I have always used.

Im getting the same error, even after checking files.

i removed isle from the DLC list in steam and im still crashing.

I am also getting this error, but I do have mods installed. Is that also the case for you guys? I would suspect the mods to be the problem so it would be interesting to know if you are playing with mods or without.

I have mods installed, yes.

I uninstalled all mods, still will not start. Same error.

Same problem - also verified files. Also have mods installed. How do I deactivate/uninstall mods without loading the game?

For those crashing on launch, check if you have any modlist here:
\SteamLibrary\steamapps\common\Conan Exiles\ConanSandbox\Mods

If you have a modlist in there, remove it or rename it.

There might be errors until the mod authors update their mods. I would try to start the game without mods, but game crashes before I get to the menu, so I would need to unsub the mods from the workshop to test this. That should remove them from the game. Hopefully.

I had the same error. I fixed by deleting my Modlist.txt file. I did a validate to be sure but it passed and did not download any files. Seems like it might have to do with a mod list.

thanks will try that!

Edit; Tested this and it works, game loads!

Thanks for the find!

Removing the modlist.txt file allowed it to start. So, it seems that is the problem.